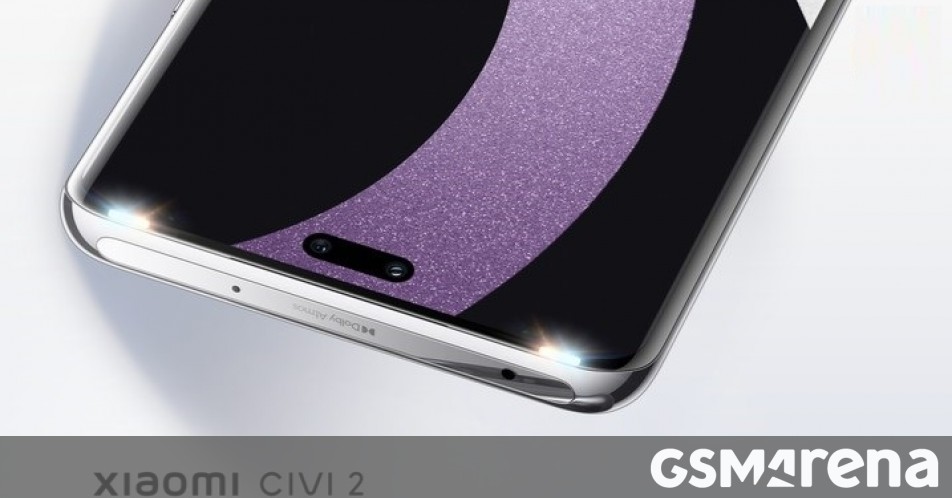 The Xiaomi Civi 2 will have a screen with a pill-shaped notch in the middle for two cameras – 32 MP wide and 32 MP ultrawide. This may remind some of you of the recently announced iPhone 14 Pro and iPhone 14 Pro Max’s Dynamic Island. But that’s interactive, and it remains to be seen if Xiaomi has also done something similar with the Civi 2’s pill-shaped cutout. 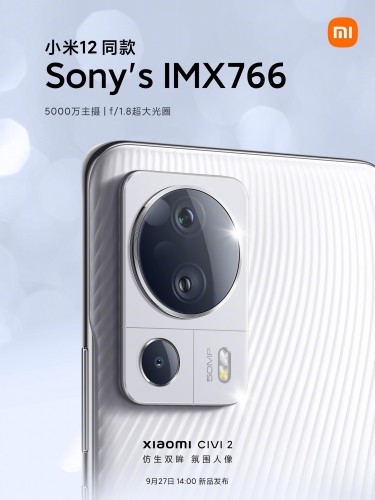 The Chinese brand also said that compared to its predecessor, the light input on the Civi 2’s primary camera has increased by 101.8% and the shooting speed has increased by 144%. The speed of taking night photos sounds even more impressive with a 246% increase. Xiaomi also mentioned Bionic Eyes Atmospheric Portrait (machine translated from Chinese) but didn’t disclose anything about it.

One of the images Xiaomi shared revealed that the Civi 2 will get Dolby Atmos support, and the centered pill-shaped cutout is flanked by small flash modules on the top bezel to help users capture brighter photos in darker conditions. 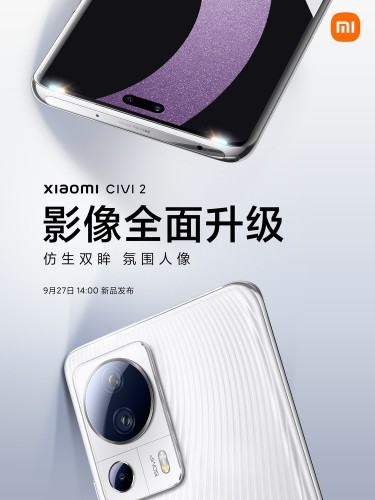 The Xiaomi Civi 2 is rumored to have the Snapdragon 7 Gen 1 SoC at the helm, and with the full reveal still five days away, you can expect Xiaomi to reveal a few more features of the smartphone to build hype around it.