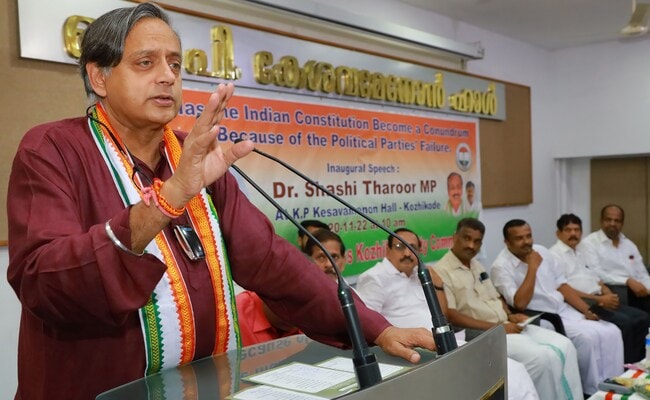 Shashi Tharoor is on his first major political tour, miles from his Thiruvananthapuram constituency.

New Delhi:
Shashi Tharoor’s frenetic tour of Kerala has become hugely controversial for the Congress, with a section furious at the MP’s political outreach. Congress leaders in Kerala are concerned about the possible emergence of a “Tharoor faction”, sources say.