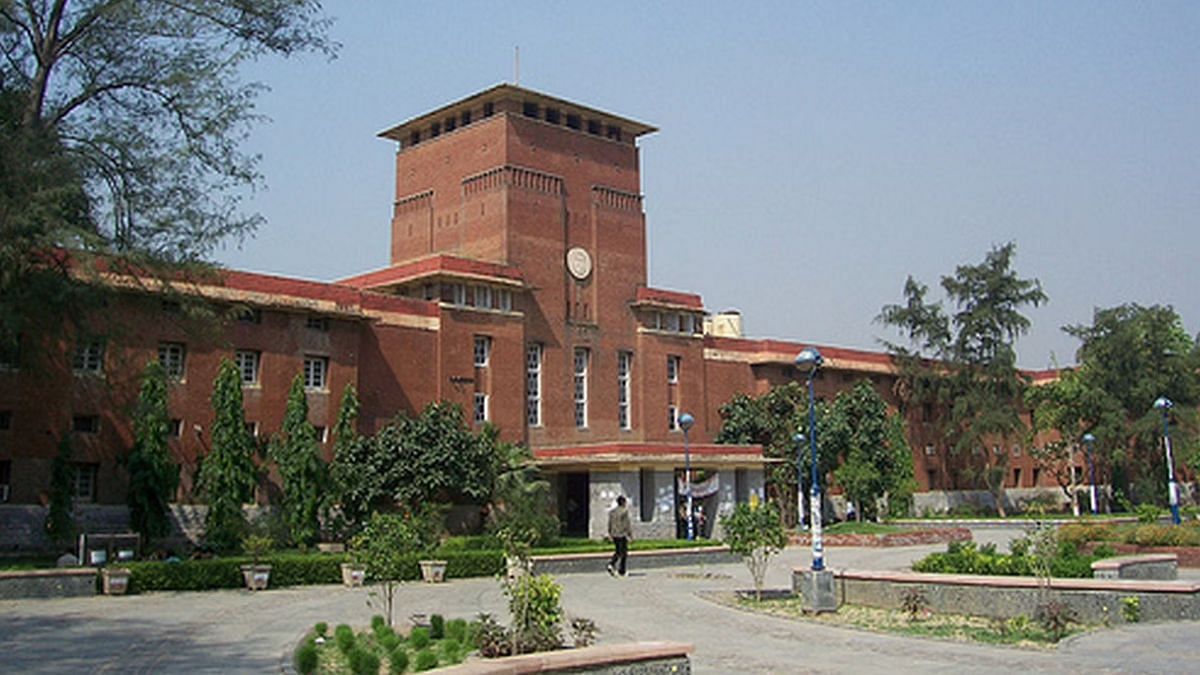 New Delhi: The shortage of faculties has plagued central universities since the 1980s, but the number of vacant positions is increasing year after year. In a July parliamentary response, the Ministry of Education stated that there were a total of 6,549 vacant faculty positions across 45 central universities.

Faculty members at central and state universities have their own theories about why the shortage persists, including budget constraints, low quality of applicants, and remote locations of universities.

As a Result of this shortage, more and more professors complain that they are overworked, claiming that with understaffed universities, class strength has increased to 100-150 and their working hours have increased to 18 per day.

Temporary and ad hoc teachers have been running the show at Delhi University for some time now. But the unrest at the university in October due to the selection of tenured faculty led to about 70 percent of them being displaced, they claim.

An ad hoc faculty member at Delhi University said that despite having been teaching at the university for seven years now, there is no job security. “We could lose our job at any time and the stressful atmosphere is not helping our cause,” he said.

Union education minister Dr Subhas Sarkar said in a reply earlier this year that the education ministry has requested all central higher education institutions to fill the vacancies in mission mode within a period of one year from September 5 2021 “As of August 2021, 4,807 vacancies have been posted at central universities for which selection procedures are ongoing,” he added.

See also  HP Board Exam 2023: Himachal Pradesh School Education Board Has Released The Timetable Of The Annual Examination, The Exam Starts From 28 November

The first deadline has passed, but the situation shows no signs of improvement.

Rohit Azad, an assistant professor at Jawaharlal Nehru University (JNU) believed that the simple way to solve this problem is to increase budget spending on education. “On average, a single professor supervises about 22 students in the master’s department of JNU. The workload for professors has increased when it comes to tasks such as preparing questionnaires, teaching optional papers or administering entrance tests,” he said.

With a greater burden on professors, they will not be able to effectively supervise PhD students, leading to fewer potential academics. Azad also stressed the need to keep the public education system affordable, if not, he said more eligible candidates will shift to foreign education.

Rajen Harshe, former rector magnificus of the University of Allahabad, believed that the faculty vacancies are a Result of the poor quality of candidates in the country. He believes that the selection of a poorly qualified candidate harms the universities.

“Selection hurts more than rejection. I’ve been on the board of several selection committees where we didn’t select anyone. It is important to have professors who are solely focused on academics, they should be chosen on domain expertise and not other considerations such as caste, religion or politics. Universities don’t need political ideologues, but scholars and scientists who are hard-headed critics of social and natural realities,” he said.

According to Harshe, political motives and poor training of PhD students are two different but important factors that make a candidate unsuitable for a professorial position. He added that he was against the idea of ​​”inbreeding” or universities hiring their own PhD students as professors. This, he says, limits the growth of perspective.

Ali Raza Moosvi, the dean of the Department of Earth Sciences at the Central University of Karnataka, blames the university’s location: Kadaganchi village in Aland taluka of Kalaburagi.

He said the low student turnout and “off-grid” geography make it understandable if professors don’t want to take jobs here. “The location of a university is very important and determines factors such as infrastructure, quality of life and quality of education.”

Infrastructure, he added, “is not only limited to buildings, but also to facilities such as food, internet, campus life, access to communications and transportation”.

Read also: ‘I was lost’: Push into the world of IITs, nationwide Navodaya Vidyalaya alumni have each other’s backs

The situation in state universities is not much better. In states like Bihar, students claim that even after four to five years of study, they cannot get their degree.

Magadh University is a good example of this. The university is practically shut down after the vice chancellor, pro vice chancellor, registrar and other top officials were arrested for financial fraud of Rs 30 crore. Students on the roll of the university have been waiting for their bachelor’s degree for five years. What makes it even worse is that students have not attended a single teacher’s class in those five years.

In the south, the University of Madras, one of the country’s oldest universities, has a faculty vacancy rate of 65 percent. A senior professor at the institute, who wishes to remain anonymous, told ThePrint that the institute functions with the help of guest lecturers. A university lecturer has to teach an average of 16 hours, but with an increased workload, the teaching time even doubles for a few weeks.

“There are several departments that only have one or two permanent teachers and the rest have guest teachers. For important departmental activities such as curriculum development, admissions procedures and decisions, I often have to enlist professors from other departments who do not have the subject specializations. This shortage not only affects our work, but also the learning outcomes of students,” he explains.

The working conditions for this guest faculty are also not ideal. They are paid a salary of around 20,000 rupees per month, an amount subject to delays and cuts due to holidays. “It is not that there is a shortage of eligible candidates for the permanent position. The host faculty are PhDs from notable institutions, it will greatly help the university if they are employed full time. It is sad to see PhD students paid so meagerly when they share the burden of teaching with the permanent faculty,” he added.