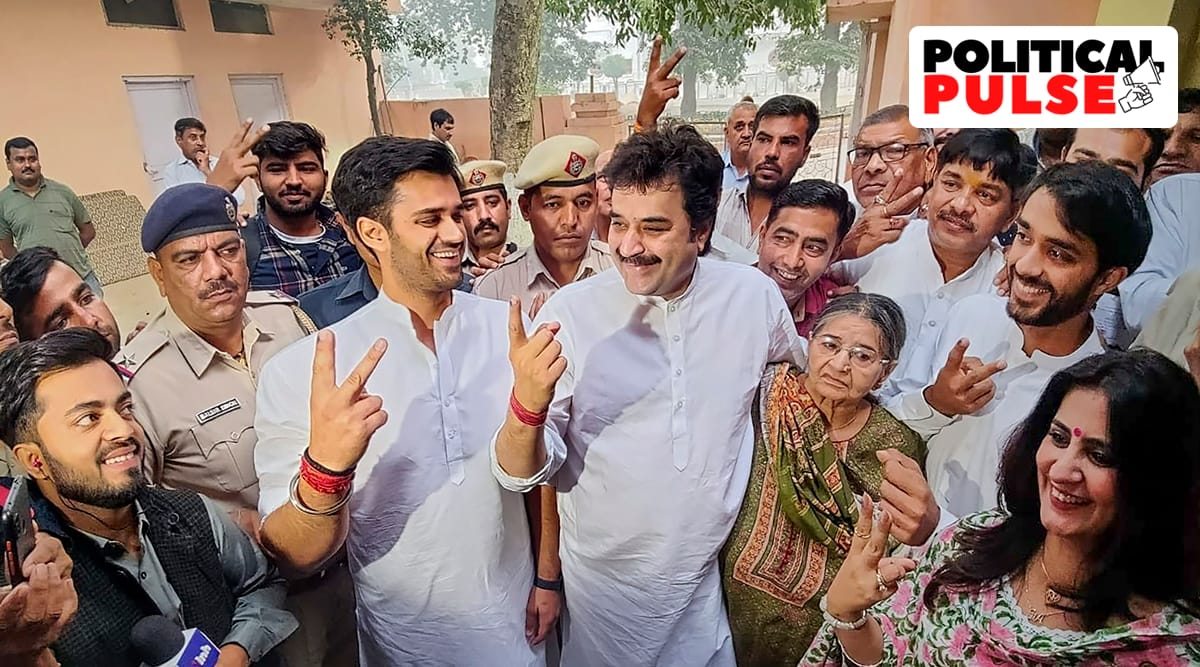 Popularly known as Mandi Adampur, Adampur is one of Haryana’s 90 constituencies and one that the family of former Chief Minister Bhajan Lal has never lost since 1968. The trend continued on Sunday when Bhajan Lal .’s grandson Bhavya Bishnoi won the seat on a BJP ticket with over 16,000 votes.

The poll became necessary after Bhavya’s father Kuldeep Bishnoi left Congress over disagreements with the party and joined the ruling dispensation. But the change in political allegiances didn’t matter to the voters as they chose to put their trust in Bhajan Lal’s family. This is the first victory for the ruling coalition of the BJP and the Jannayak Janta Party (JJP) since it took power in 2019.

Here are the five reasons why Bhavya Bishnoi won so comfortably:

Own a family citadel

The family of the three-time former CM has never lost Adampur since 1968, regardless of the sides they fought against. Since 1967, Congress has won 10 victories in Adampur. While Bhajan Lal was the party candidate six times, his wife Jasma Devi once held the seat for the party. After leaving the Congress in 2007, Bhajan Lal and Kuldeep ran the Haryana Janhit Congress (BL). As an HJC candidate, Kuldeep contested the 2009 Assembly polls, his wife Renuka contested the 2011 poll and Kuldeep again in 2014. On all three occasions, they won.

In 2016, Kuldeep HJC (BL) merged with Congress and Adampur was back in Congress again in the Assembly polls of 2019. But after not being named president of the Haryana Congress, Kuldeep left the party in August of this years and moved to the BJP. Kuldeep’s vote share in Adampur had increased over the years. In 2009 he polled more than 48,000 votes. This increased to over 56,000 votes in 2014 and to more than 63,000 votes in 2019.

Shortly after Kuldeep Bishnoi and his family joined BJP, the saffron party was quick to declare Bhavya Bishnoi as the nominee, as the party knew it had a better chance than others of winning Adampur.

The next parliamentary polls in Haryana are scheduled for October 2024. The bypoll gives the new MLA about two years. The people of Adampur wanted to be part of the government so that their representative could move the constituency higher up the government’s priority list. Kuldeep Bishnoi, who represented Adampur four times, built the campaign for his son on the agenda that he usually won from Adampur, he was in opposition and that is why he could not bring the level of development that the constituency deserves. He managed to convince the voters that if his son was elected, he would be part of the government and ensure the development of Adampur for the next two years.

Bhavya faced competition from three Jat candidates from the three main opposition parties. Congress nominated three-time MP Jai Prakash, India’s National Lok Dal’s (INLD) candidate was Kurdaram Nambardar, and Aam Aadmi Party (AAP) nominee Satender Singh. All three are Jat candidates and the chances are that the Jat vote has been split among them, while Bishnoi managed to consolidate the non-Jat vote bank.

Support from the BJP-JJP alliance

The BJP-JJP alliance held a huge show of strength in Adampur on Nov. 1. Led by CM Manohar Lal Khattar and deputy CM Dushyant Chautala, the entire state cabinet consisting of the senior leadership of the BJP and the JJP shared the stage and sought votes for Bhavya Bishnoi. By holding a joint meeting, the two ruling parties managed to transfer their respective voting banks to the candidate. Loyalty to the Bishnois, backed by the BJP and the JJP voting benches, led to Bhavya’s victory. Although the BJP-JJP alliance had lost two previous bypolls, including one in Baroda and another in Ellenabad, the BJP did not have those two constituencies at the time of the bypolls.

No other senior congressional leader, including Randeep Surjewala, Kumari Selja and Kiran Choudhry, took part in the Adampur campaign. A few congressional leaders told The Indian Express that they had not even been invited to campaign in Adampur, neither by the Hoodas nor by the head of the state congress, Udai Bhan. Throughout the Adampur campaign, the BJP-JJP continued to attack the Congress, calling it a “Bapu-Beta’s (father-son)” campaign. From the beginning, it was considered an uphill battle for Congress to break into the Bishnoi citadel. Although both Bhupinder Hooda and Deepender campaigned extensively for Jai Prakash, it turned out not to be enough. Jai Prakash previously fought unsuccessfully against both Bhajan Lal and Kuldeep Bishnoi and this turned out to be a defeat at the hands of the third generation of the family.

See also  ‘Who are you to ask?’ Siddaramaiah’s supporters take BJP on over meat row

The INLD, meanwhile, declared former Congress leader Kurdaram Nambardar a candidate within two hours of leaving Congress and joining the party. The INLD has one seat in Haryana’s 90-member Vidhan Sabha. Although several AAP leaders including Punjab CM Bhagwant Mann campaigned for AAP’s Satender Singh, he was left to fend for himself in the final days of the campaign. Delhi CM Arvind Kejriwal also canceled his rally in Adampur at the last minute.