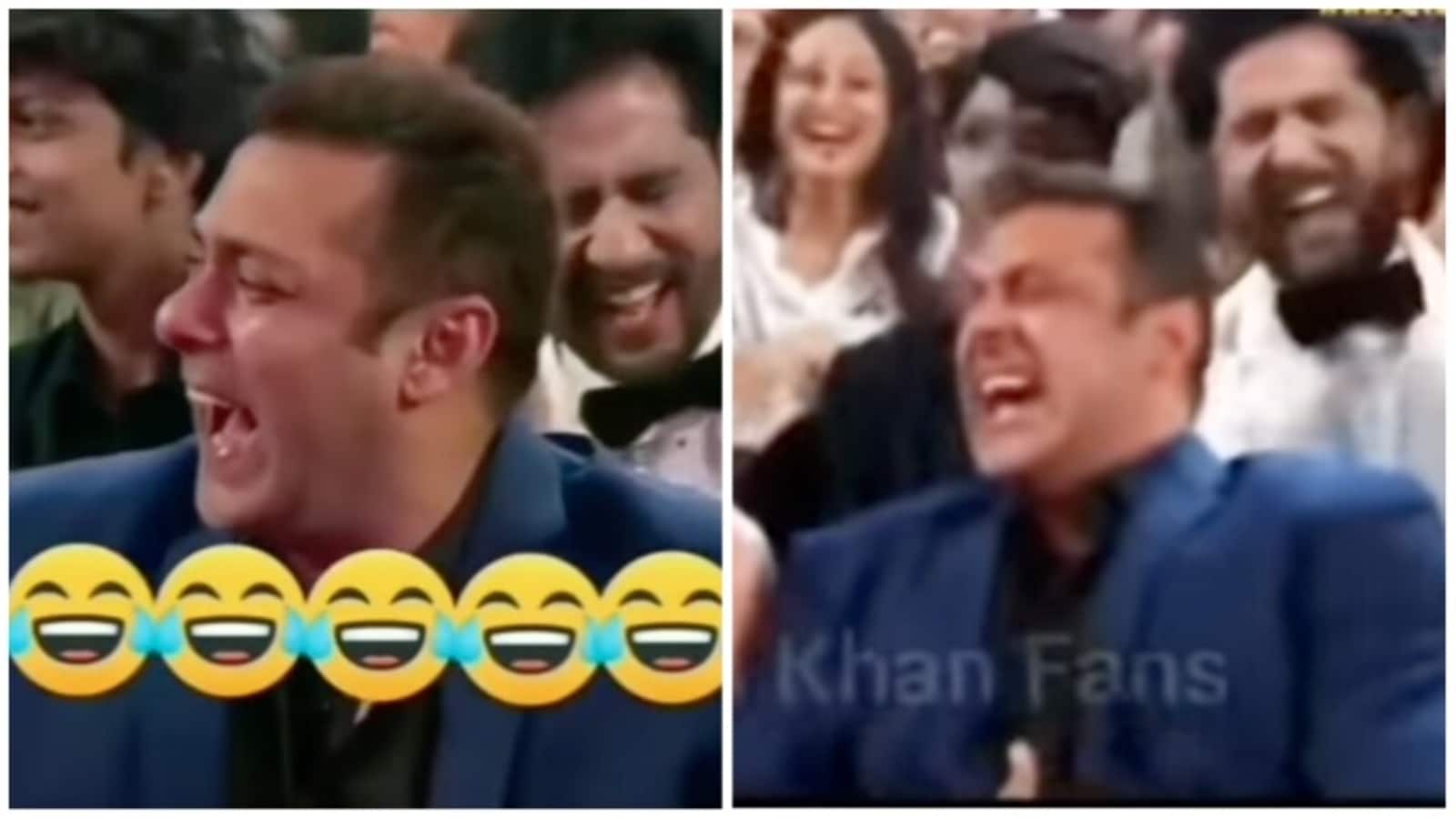 Bollywood fans share on social media an old clip of Salman Khan squeaking with laughter. The video shows him at an awards ceremony hosted by Krushna Abhishek and Bharti Singh. He sits among the audience, which includes a lot of other celebrities from the television world. (Read also: When ‘Nick Jonas’ met Sunil Grover, Farah Khan called him ‘school ka baccha’. Watch video)

However, neat-looking Salman in a blue suit loses his cool when Krushna makes a joke at the expense of actor Siddharth Nigam. Krushna picks him up from the audience and says, “Boy cut Kangana Ranaut ke liye zordar taliyan (A round of applause for Kangana Ranaut with boy hair).” This leaves others and especially Salman rolling with laughter. He leaves his seat, goes to Krushna, takes his hands in his and points to Siddharth.

Krushna dug in further, saying that Siddharth would often be a stand-in for Kangana during the filming for Tanu Wed’s Manu Returns. The actor didn’t seem to like all the jokes at his expense and shot back: “This is the haircut that gave me Chakravartin Ashok Samrat.” Both Krushna and Bharti nodded, almost condescendingly.

Salman has a very peculiar smile that often makes him go viral on social media as GIFs and memes. His clip from Comedy Night With Kapil also went viral, dropping him to the floor for laughing so hard.

However, things are going pretty well between Kangana and Salman. He had shared a teaser for her movie Dhaakad on Twitter, something Kangana thanked him for. Kangana praised the actor’s “heart of gold” and thanked him. She also stated that she will no longer call herself “alone” in Bollywood. “Thank you my Dabangg hero (fire emoji)… heart of gold, never again will I say I am alone in this industry… thank you from the whole Dhaakad team.”

However, she has previously dug into Salman Khan’s Bigg Boss when she hosted her own reality show Lock Upp.