“What the f**k happened?!” – Mizkif left speechless after losing $36,000 at an auction of rare games 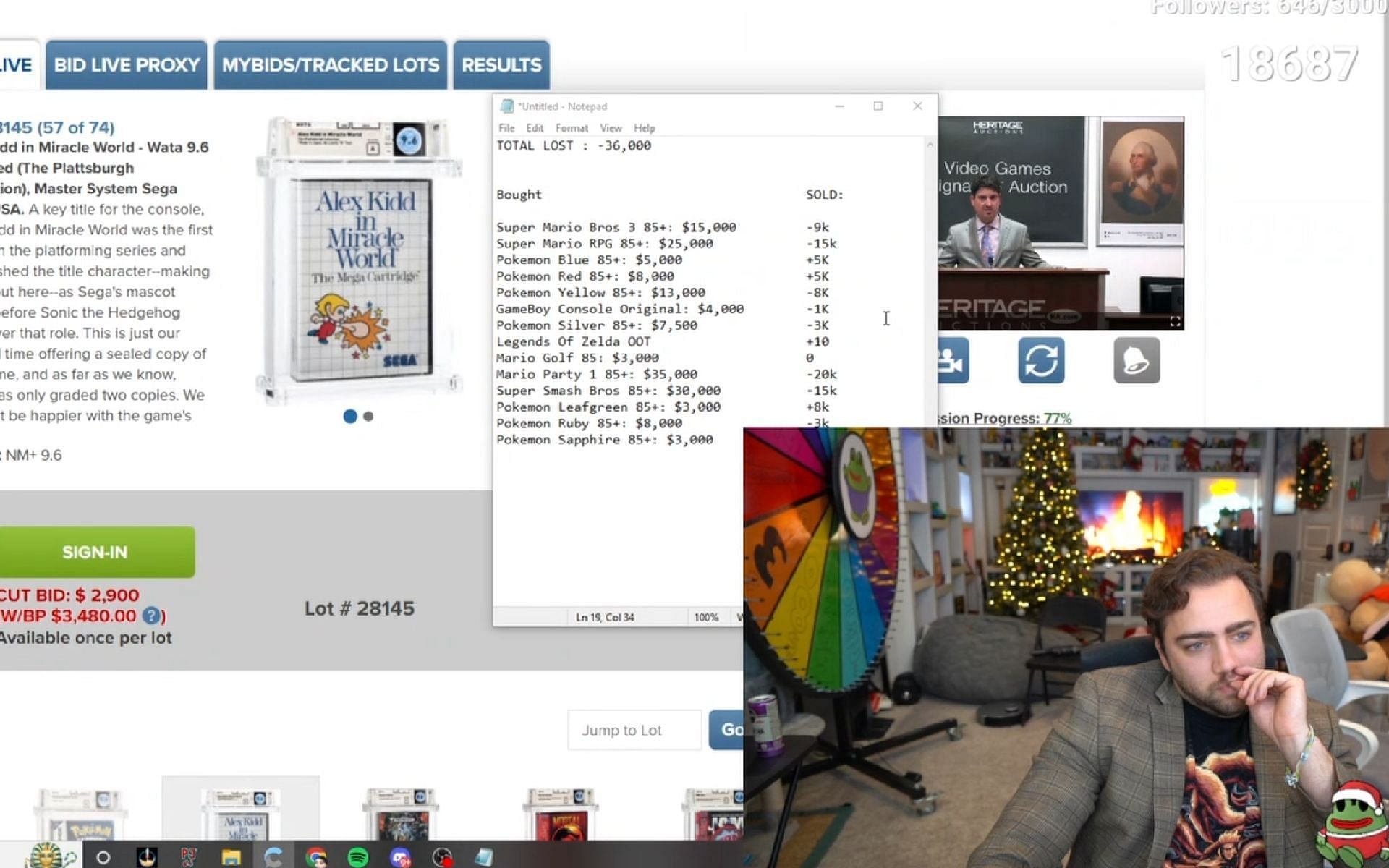 On November 5, Twitch star Matthew “Mizkif” hosted a live auction broadcast and sold some of his most valuable games.

Mizkif realized he had lost $36,000 after spending nearly four hours auctioning the highly sought-after vintage games. It left him speechless, as he exclaimed:

“What the hell happened?!”

The co-founder of One True King (OTK) spent hours auctioning off some of the rarest vintage games like Super Mario Bros 3 (85+), Super Mario RPG (85+), Pokemon Yellow (85+), Mario Party 1 (85+), and much more during the November 5 broadcast.

After a short hiatus, Mizkif stated that the vintage games were worth three to four times more two months ago:

“All these boxes were, literally two months ago, about four times, three times as much. I don’t know what to say.”

One viewer donated to the streamer, claiming that Wata Games, a controversial vintage game certification and auction company, “had broken all market confidence.” Mizkif agreed, adding:

“I really think that’s it! I think Wata, with their stupid bulls**t, cap they pulled, and that Karl Jobst guy, making a video, I really believe they don’t believe in the rating anymore , because Wata screwed up! I mean, is that wrong? That video went viral because it was true! S**t at Wata, a company that did all this. But even then, I mean, some of my s** it was literally VGA and they weren’t selling.”

Fans react to the streamer incurring a huge loss

The YouTube comments section featured over 45 comments from fans, with one viewer noting that the value of the collectible is determined by how many people want to own it:

Another community member claimed that this “might be the worst time to sell collectibles”:

Mizkif is one of the most popular personalities in the streaming world. He started his online career in 2016 and currently has 2,056,758 followers on his channel.

Primarily a Just Chatting streamer, the 27-year-old has also played games like World of Warcraft, Super Mario 64, Minecraft, and Jump King on his channel.