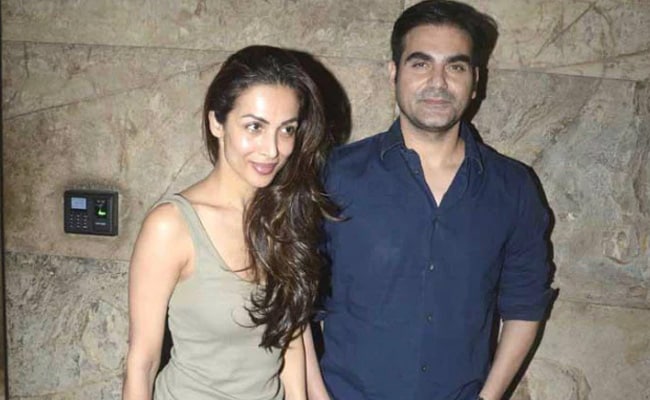 A file photo of Malaika Arora with Arbaaz Khan.

Malaika Arora, who is currently starring in the TV reality show Move in to Malaika, recently spoke about her comparison with ex-husband Arbaaz Khan on the show. Karan Johar, who appeared as a guest during one of the episodes, asked Malaika Arora during a segment, “What is your relationship with Arbaaz Khan now? We haven’t talked about that in a while.” To this, Malaika Arora replied, “I think it’s beautiful now. I think we’re much better now.” The filmmaker then asked Malaika, “Did you feel the need to reach out when he broke up recently? It’s been written about, I don’t know, I’m not sure.” KJo referred, without naming names, to the breakup reports about Arbaaz Khan and his model girlfriend Giorgia Andriani that are doing the rounds. Malaika’s reply was this: “I don’t know, I’ll be very honest, I’m not asking. I’m not even one of those who ask Arhaan (son of Malaika and Arbaaz) what’s going on? I know don’t do that.”

Malaika Arora added: “I just feel like I don’t like crossing a certain path. I don’t like doing that. I feel like I cross that line. I know a lot of divorced couples where they get information from … of their children, I’m not one of them. I usually stay away from that.”

Malaika Arora and Arbaaz Khan were married for 19 years and divorced in 2017. Arbaaz and Malaika are the parents of 20-year-old son Arhaan.

During a transparent episode of Move in to Malaika, the actor said this about Arbaaz Khan: “He is an amazing person. He made me be the person I am today. am.” She added: “I think we are better people today. We love and respect each other for the people we are. We have a child together. So that’s something that will never change. But I feel like we’re much better people. Then I think we were very irritable. Very irritable people. We became angry, negative people.”