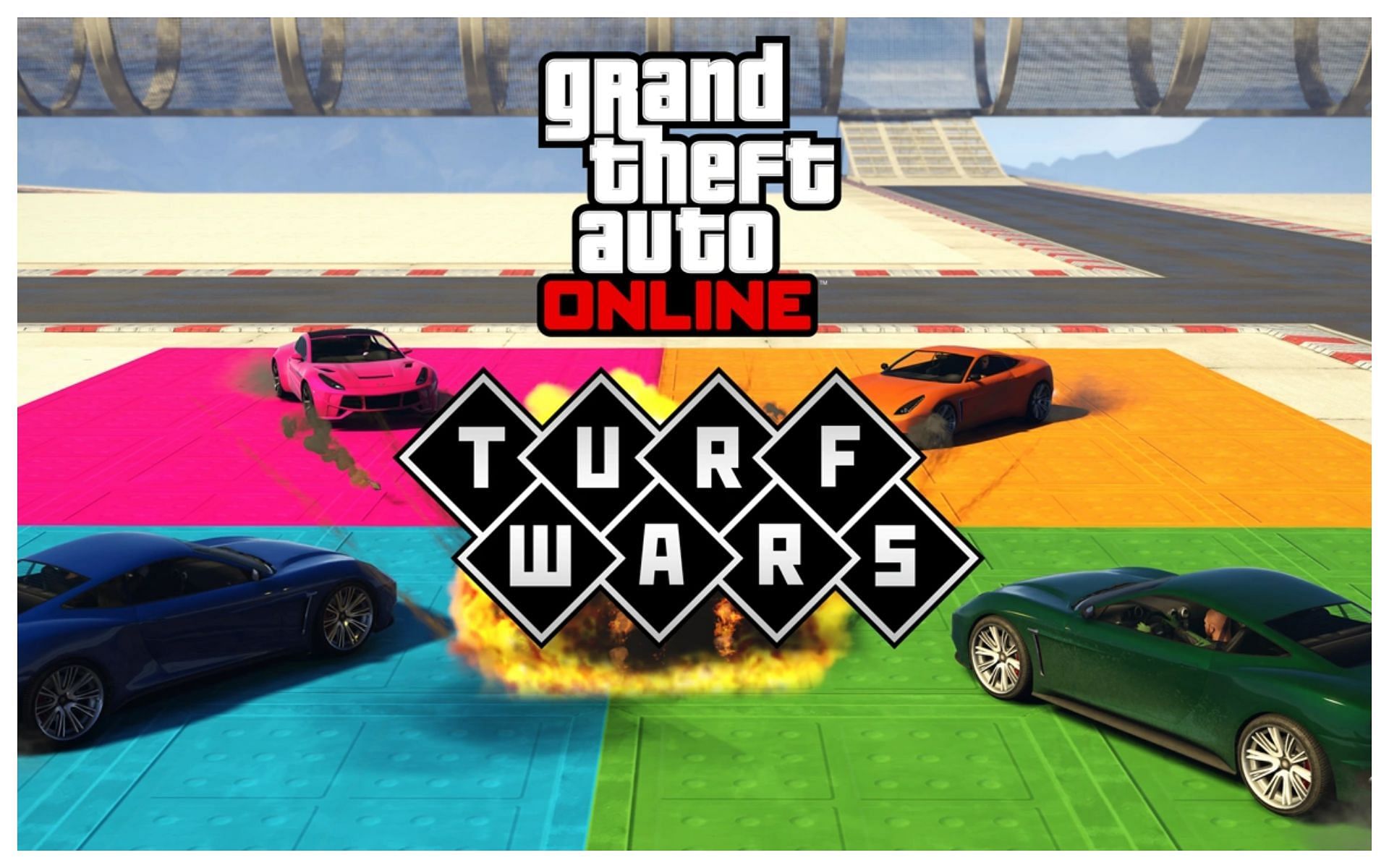 This week’s GTA Online update brought with it 2x bonuses that gamers can get for playing Turf Wars Adversary Mode. Most players are happy with that. However, there may be novices who are not aware of the mode.

For the inexperienced, Turf Wars is one of those rare game modes that is fun to grind. This is why it would be a real shame to miss out on this week’s bonuses. This article covers all the important things players need to know about the Turf Wars Adversary Mode in GTA Online.

Note: This article reflects the subjective opinion of the writer.

Everything players need to know about Turf Wars in GTA Online

What are Turf Wars and how do you play them?

In this Adversary game mode, GTA Online players are divided into two to four teams, each assigned a specific color and sports cars. Gamers have to drive their cars over the different colored tiles of the other teams and claim them.

The rival team can do the same. At the top of the screen, players can view the timer and the points. The more area on the map a team covers with their colors, the more points they get.

When players from two rival teams drive on the same tile at the same time, the tile automatically turns red, meaning no one gets points.

The winner of each round is determined based on which team has claimed the most tiles. Finally, the team that wins the most rounds is the winners of the entire match.

Another thing to note is that there are special abilities and powerups all over the map that players can use to gain an advantage over the opposing team. With its help, gamers can devise effective strategies to win.

In addition, the mode gives players more than GTA $10,000 if they play in a team of two and have also won the entire match. So with the 2x bonuses, gamers can earn at least GTA$20,000, so this mode is quite lucrative at the moment.

How to start Turf Wars in GTA Online

Turf Wars was added to Grand Theft Auto Online with the release of the Import/Export update in 2016. Since then, most players have used the following steps to access it:

Players should note that there are more than seven maps/locations to choose from. If they want to win a competition, they need to know the locations. The following are all seven maps for Turf Wars:

These are all the current locations available in Grand Theft Auto Online when it comes to Turf Wars.

Where to find Axew, Fraxure, and Haxorus