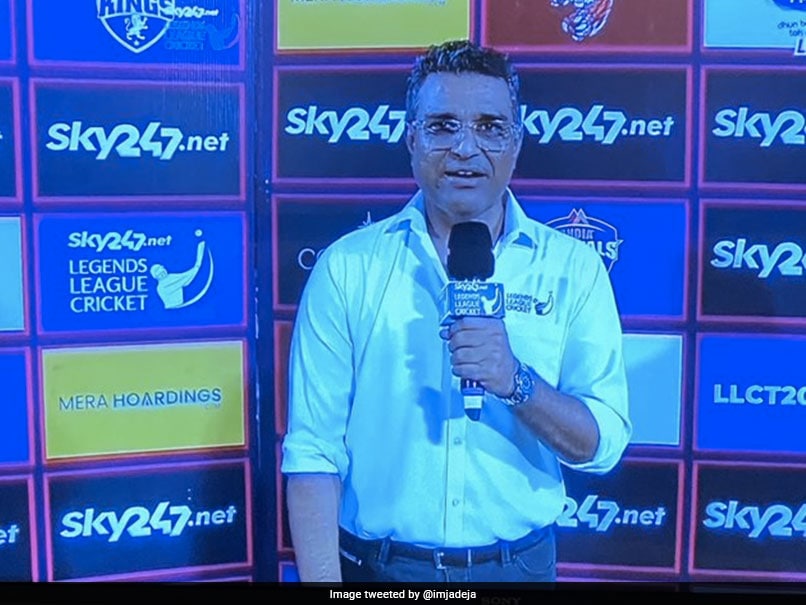 Ravindra Jadeja and Sanjay Manjrekar have come a long way after the 2019 World Cup, and the duo seem to have patched it up. During the 2019 50-over tournament, former Indian batsman Manjrekar had labeled Jadeja a cricketer and it was then that Jadeja got angry and said on Twitter: “I’ve still played twice as many games as you have played and I’m still playing. always. Learn to respect the people who have achieved it. I’ve heard enough about your verbal diarrhea. @sanjaymanjrekar.”

After the 2022 Asia Cup group match against Pakistan, Manjrekar had interviewed Jadeja, and before asking cricket questions, he broke the ice by saying “You can talk to me Jaddu, right”. Both Jadeja and Manjrekar then burst out laughing.

On Thursday, the saga between Manjrekar and Jadeja took a new turn when the left-handed batter shared a photo of Manjrekar on Twitter.

It is important to note that Manjrekar is currently providing commentary for Legends League Cricket.

On this tweet, Manjrekar replied: “Ha ha…and your dear friend is looking forward to seeing you on the pitch soon.”

Ha ha… and your dear friend is looking forward to seeing you on the field soon 🙂 https://t.co/eMpZyZYsYU

Jadeja has undergone knee surgery after the Asian Cup and is currently recovering.

Ravindra Jadeja will miss T20 World Cup due to his knee injury. He was not part of India’s three-game T20I series against Australia, nor will he be part of the white ball games against South Africa that follow.

The absence of Ravindra Jadeja from the Indian squad has been a major blow to the side, but the emergence of Axar Patel has kept the balance for the team.