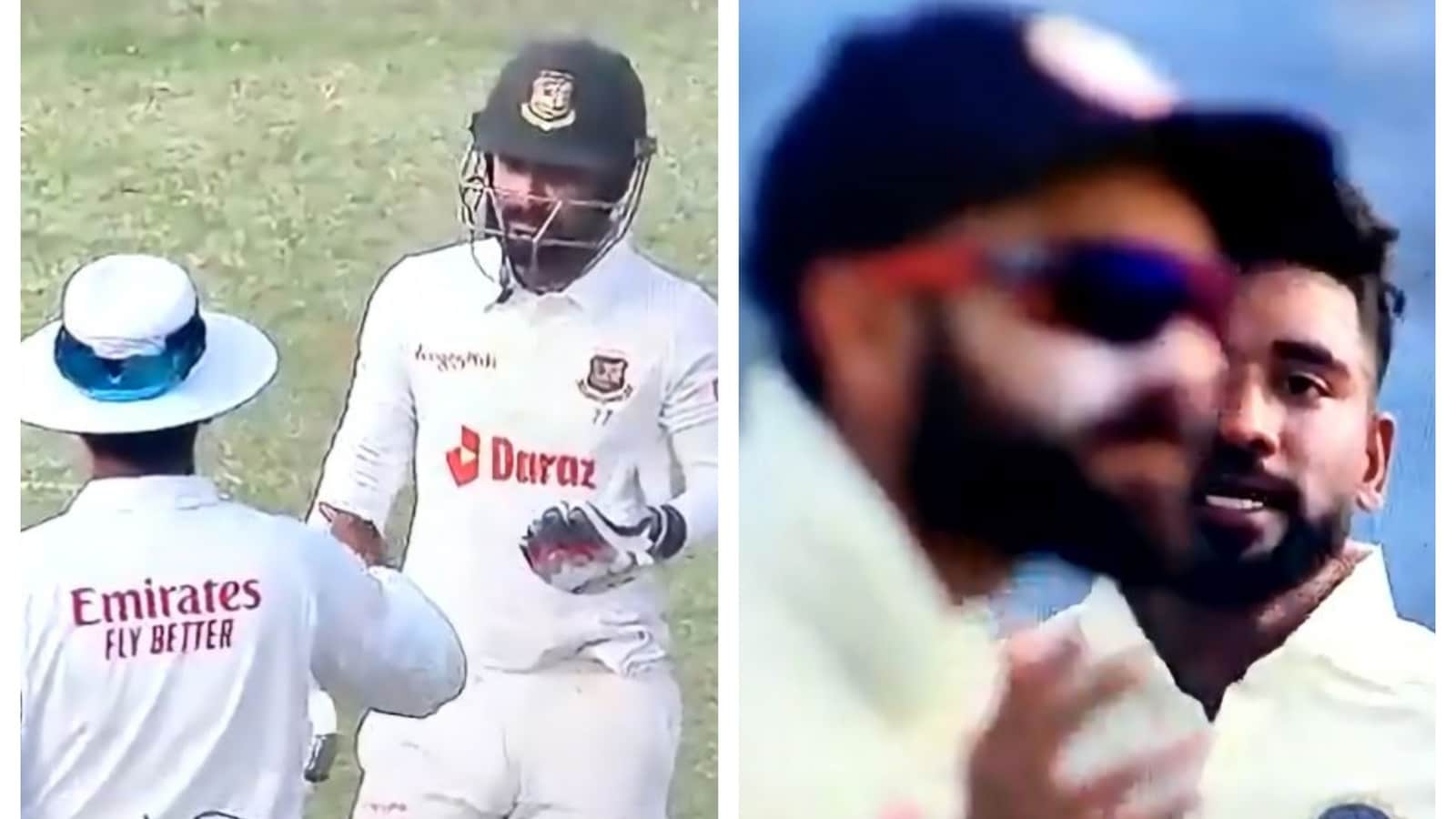 There is no shortage of action when Mohammed Siraj has the ball in his hand. And when Litton Das is the batsman, the fun can double as it did in the final session of Day 2 in the India vs Bangladesh First Test in Chattogram. Indian pacer Siraj and Bangladeshi batsman Litton Das were involved in a sleigh delivery which resulted in the latter’s wicket on the next ball. And when there’s some chatter involving an Indian player, it’s impossible to keep Virat Kohli away from it. He also participated in the action.

It all happened in the 14th over Bangladesh’s innings. Litton Das, who had been in sublime contact in the previous session and hit five boundaries to race to 24, had yet to score a run in the game’s three overs in the post-Tea session. Siraj, who started India’s attack along with off-spinner R Ashwin, came running in to start again. There was nothing special about the first ball of the which Litton played quite comfortably from the back foot. Siraj had a few words to say to Litton in his follow-up.

The Bangladesh batter, instead of letting go, decided to attack Siraj. He had his hands over his ears and gestured “what did you say?” The referee was quick to stop Litton’s advance and Siraj also failed to escalate matters and returned to his goal.

In the ball, Siraj hit the deck hard to bring his up-and-down character into play. The ball stayed a little low, hit the underside of Litton’s bat and bounced into the tree stumps. Siraj had his finger on his lips. His revenge was perfect.

Virat Kohli, who was in the briefs, was also seen copying Litton’s hands-in-ears gesture to give him a fiery goodbye.

After taking out Litton Das, Siraj removed debutant Zakir Hasan to leave Bangladesh staggering 56/4. This after Siraj had already given the visitors a dream start with a first-ball wicket in Thursday’s second session.

Earlier, Mehidy Hasan and Taijul Islam each took four wickets for the home side as they bowled out India in the second session of the second day.

Ravichandran Ashwin defied Bangladesh’s onslaught and hit 58, the third half century in the Indian innings after Cheteshwar Pujara’s 90 and Shreyas Iyer’s 86.