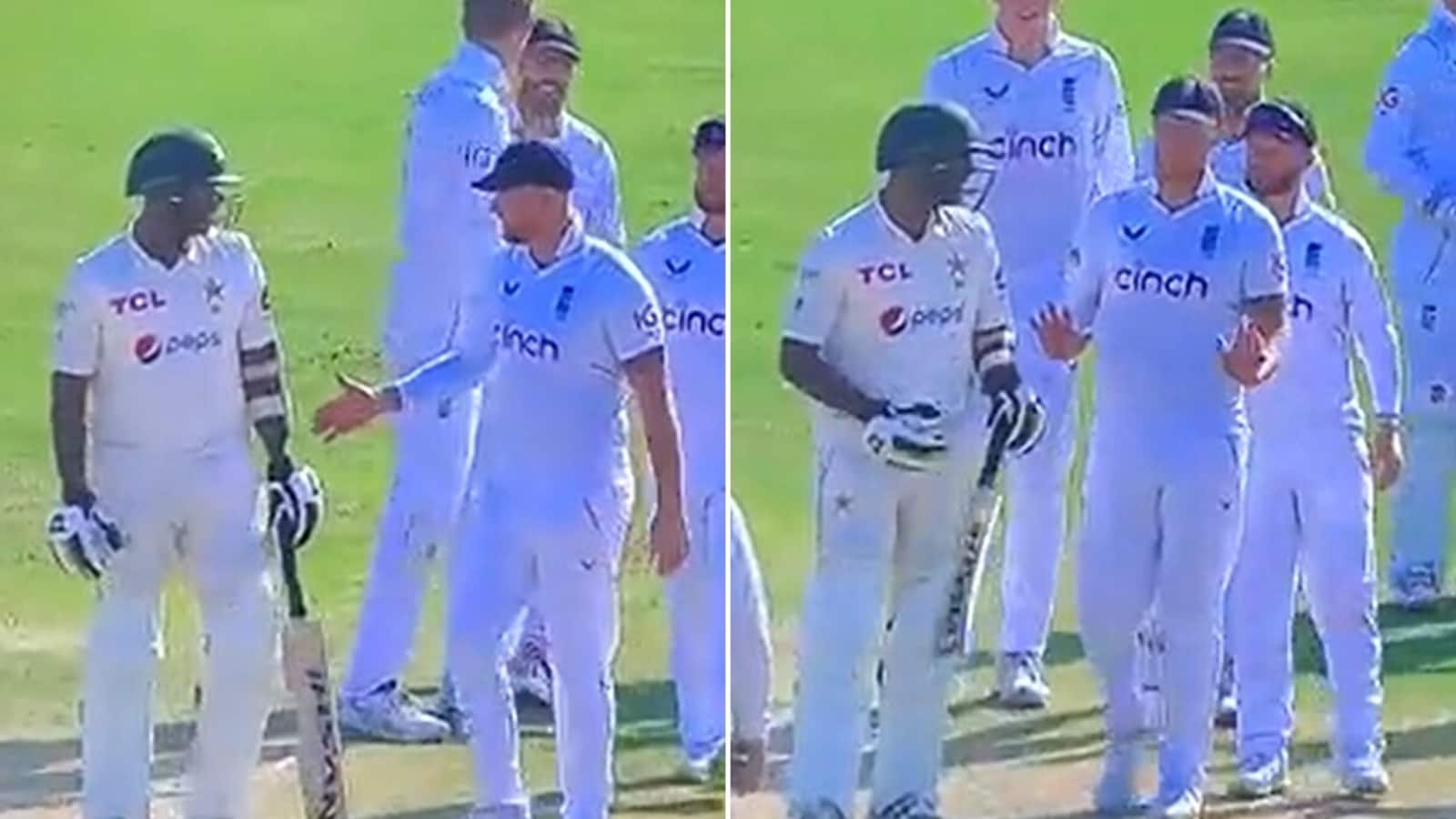 Mark Wood took four wickets as England beat Pakistan by 26 runs in the second Multan Test to complete the three match series with an unassailable 2–0 lead. Needing 355 to win, Pakistan put up a valiant fight, but were knocked out for 328, making it three Test defeats for them at home, following a loss to Australia earlier in the year. Pakistan resumed the day on 198/4 and appeared to be going well with Saud Shakeel and Imam-Ul-Haq hitting half-centuries respectively and forging an 80-run fighting partnership, but as both batters were dismissed in quick succession it was always getting a tough task.

The rearguard of Shakeel and Imam kept Pakistan’s hopes of victory alive, but Wood’s fiery spell to get rid of both on Day 4 just before lunch pushed England to the brink of victory. From 210/5, Pakistan fell to 319/9 and once Ollie Robinson had Mohammad Ali nick to Ollie Pope, victory was sealed. Despite the lead, Ali reluctantly signaled the ‘T’ and opted for DRS; because, well…why not? But it’s nothing but delaying England’s celebrations by barely a minute.

But even as the DRS was taken and the third referee went through the process, Stokes prematurely walked over to shake Ali’s hand. However, the number 11 Pakistan batsman refused to do so. He muttered a few words to Stokes, probably to remind him that the decision had yet to be made on the big screen, after which the England captain withdrew. Once it was signaled the usual handshakes ensued, with Ali congratulating Stokes and England on their victory.

The victory marks England’s first back-to-back win over Pakistan in Tests. For the second time in a row, England made a test match interesting. When the day started, Pakistan needed 157 runs to win and England six wickets. In the end it was the latter who succeeded and Stokes was very grateful for the effort he and his team put in.

“Of course, different conditions and different games played, but great to be a part of both games. We watched the wicket and it was tough against slow bowling, but as the game progressed the cracks opened and our players came into the game. The way Jimmy and Robbo bowl in the series and so do our spinners they will deliver more often than not (referring to him not bowling). Great debut for Abrar and many congratulations to him. He took 7 wickets but we scored still points against him. I just look around and look at my options and see who gives me the best chance of picking wickets,” he said after the match.

While the series opener in Rawalpindi was a run-fest with both teams scoring big, the Multan field was anything but its predecessor. After bowling out England for 281, Pakistan had a golden opportunity to take a lead and build on it. But they were rolled on for just 202, with Jack Leach picking up four wickets and later paying the price for it. Pakistan captain Babar Azam lamented his side’s performance with the bat in the first innings, which eventually became the difference between the two teams.

“We weren’t level in the first innings. There were a few soft dismissals, but we fell far short. We fought back with the ball and batted in the second innings, but it wasn’t enough. There were a couple of good partnerships, but in the end we didn’t finish well as a batting unit. It was a dream start for Abrar and he used the conditions well. I’m looking forward to the Karachi test and we will give our best,” he said.


Share
Facebook
Twitter
Pinterest
WhatsApp
Previous articleXbox Fans Won’t Have to Wait ‘Too Long’ To See New Games as Microsoft Reportedly takes a Decade to Complete a Title
Next articlePalak Tiwari and Ibrahim Ali Khan party together amid dating rumours. Check inside PHOTOS