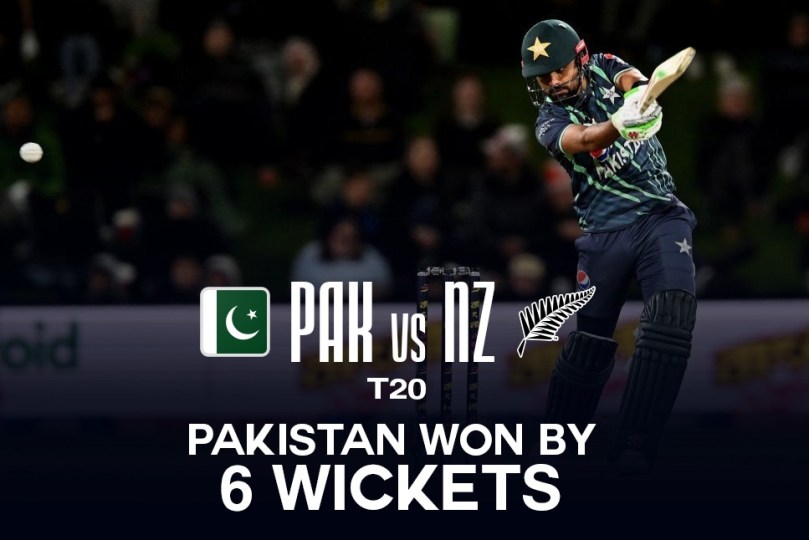 NZ vs PAK Highlights – New Zealand T20 Tri-Series: Pakistan Win with 6 Wickets: Pakistan beat New Zealand by six wickets in Saturday’s tri-series match. They capped NZ to 147/8 in 20 overs, with Haris Rauf being the bowlers’ pick. They reached the goal in the 19th with Babar Azam scoring half a century. He scalped three wickets. As for New Zealand, none of the batters, except for Mark Chapman, who scored 16-ball 32, seemed aggressive in their play: Watch PAK beat the NZ highlights on Amazon Prime Video and NZ T20 TRI-SERIES LIVE updates with InsideSport.IN