Vim Clarifies After Backlash Over First Dishwashing Liquid For Men 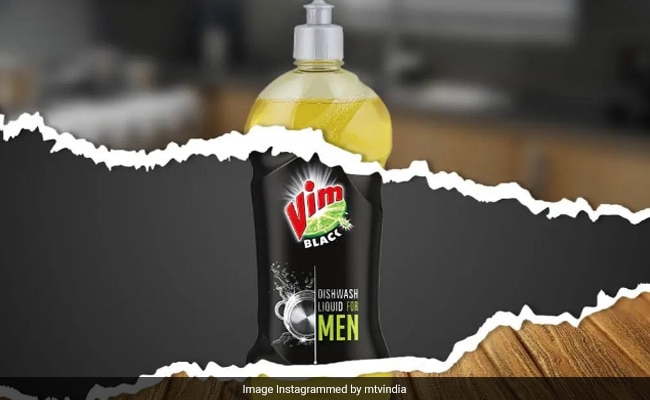 The advertisement was intended as satire by Hindustan Unilever

Actor and fitness model Milind Soman’s new Instagram post, where he promotes Vim Black, a dish soap made exclusively for men, has gone viral and upset some social media users. The ad, which is a cheeky attempt to normalize household chores for everyone, left many offended when they began trolling the actor for gender discrimination. In response to the backlash, Vim cleared the air by saying that the new campaign for men’s black dish soap was “a joke.”

In an Instagram post, addressed to “men,” the company wrote, “We’re not serious about the black pack, but we’re super serious about men doing chores around the house!” The text on the message read: “Dear men, it was a joke.”

In another “open letter,” Vim captioned the post as, “Hey guys, just something we want to say from the bottom of our b̶o̶t̶t̶l̶e̶s̶!”

The message read: “Only the bottle is different, the liquid inside has been the same all along… You don’t need a new bottle to get into the kitchen, just the realization that these are your chores too!”

The outrage began shortly after Milind Soman posted an ad on Instagram promoting the product, emphasizing that men should participate equally in washing dishes and other household chores.

The ad features a young man bragging at the gym about helping his mother with the dishes. “Woh thodi thakaan ho gayi thi. Actually, kal raat na maine saare bartaan dhoye the. Mummy ki help kar deta hoon kabhi kabhi aur karni bhi chaiye. (I am little tired when I did all the dishes last night. I help my mama sometimes ),’ he says to a woman.

Milind Soman then enters the scene and says “Waah beta waah, kya bragging about karri hai. Go on, did you like it?” He then shows him a bottle of the black dish soap and says he can now do all the dishes and keep scooping.

The bottle used in the video is not in the yellow or green color for the brand, but in black. Mr Soman shared the video and wrote on Instagram, “Vim Black – dish soap made for men. Or is it? @vimindia @mtvindia #VimBlack #VimForMen #BragWithSwag.”

The advertisement, intended as satire by the popular Hindustan Unilever, was not well received by many users. One user said, “Sir!! It’s so disappointing to see you endorsing such things. What the heck does a liquid laundry detergent have to do with men doing the bare minimum? Why is it labeled or differentiated based on gender? And what the hell is the point of this? It makes no sense!!” Another wrote: “Please tell me this is a spoof and not a real product. I refuse to believe we have fallen so deep into the pit of idiotic capitalism.”

Notably, the brand has not launched any product as the Vim Black buy page says it is out of stock and the price is Rs 0.

However, there were also those who understood the joke. Another user commented: “What a brilliant way to troll men who think it’s a woman’s job to do the dishes! It is a pity that many did not understand the message. Arrey baba it’s not a new product for men. It says ‘ab toh bartan uthhao, dho daalo. Your mardangi will not suffer.”