Vijay Shekhar Sharma reappointed as MD and CEO of Paytm 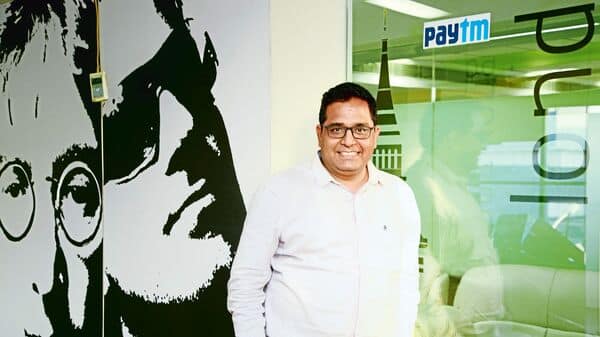 Vijay Shekhar Sharma has been reappointed as Managing Director and Chief Executive Officer of the financial services platform Paytm. According to news agency PTIA99.67% of the shareholders voted for him.

“Thank you to our shareholders for the heartwarming response to our first AGM as a publicly traded company. With overwhelming support, our MD & CEO Vijay Shekhar Sharma will continue to lead and guide us. All resolutions of our 22nd AGM have been duly passed,” the company posted on Twitter.

Thanks to our shareholders for the heartwarming response to our first AGM as a listed company. With overwhelming support, our MD & CEO Vijay Shekhar Sharma will continue to lead and guide us. All resolutions of our 22nd AGM have been duly passed.https://t.co/tQmlxphHoy

The decision was made at the 22nd Annual General Meeting (AGM) of One97 Communications Limited (OCL), owner of the Paytm brand, India’s leading digital payments and financial services company and the pioneer of QR and mobile payments. This was the first AGM as a listed company.

The company’s shareholders voted by a 99.67 percent majority to re-appoint Vijay Shekhar Sharma as Managing Director for another five years, designated as “Managing Director and Chief Executive Officer” of the company.

The billionaire founder of Paytm faced a crucial test of investor confidence as shareholders had to decide whether to put him at the helm of a fintech pioneer who made one of the worst debuts in Indian history.

Earlier in May 2022, OCL’s board of directors approved Sharma’s reappointment as CEO.

Paytm, the luminary of Indian tech startups, has lost more than 60% of its value since its high-profile IPO in November as it struggles to convince investors of its earning potential. In an interview last month, Sharma, 44, said Paytm will become the first internet company in India to reach $1 billion in annual revenue and promised a shift from growth to profitability.

SEBI had made it voluntary for India Inc in February 2022 to have a separate Chairman and General Manager/Chief Executive Officer.

In most Nifty 50 companies, the CEO is appointed on a non-rotating basis.

Sharma’s compensation proposal received 94.48 percent of the vote. His remuneration is fixed for the next three years without any annual increase, contrary to the policy/practice applicable to all other employees of the company.

In addition, in his letter to shareholders dated April 6, 2022, Sharma informed the public that his share ownership plan (ESOPs) only vest when the market capitalization exceeds the initial public offering (IPO) level on a sustainable basis.

The ESOPs had already been approved by shareholders in accordance with applicable law and with all necessary approvals before the IPO was reviewed, the company said in a statement.

At the AGM, the shareholders also duly passed the resolutions for the re-appointment of Ravi Chandra Adusumalli as a member of the Board of Directors, the appointment of Madhur Deora as a full-time director appointed as Executive Director, President and Group Chief Financial Officer of the company, together with its remuneration, and approval of its contribution to charitable and other funds and the receipt, treatment and approval of the company’s audited stand-alone and consolidated financial statements for the fiscal year ended March 31, 2022.

Deora joined the company in 2016 and has played a pivotal role in onboarding major investors and shaping the company’s growth plans.

In a letter to shareholders dated April 6, 2022, Sharma, encouraged by the company’s business momentum, scale of revenue generation and operating leverage, said that Paytm should break EBITDA over the next 6 quarters ( i.e. EBITDA before ESOP cost, and by the quarter ended September 2023)

(With input from ANI)