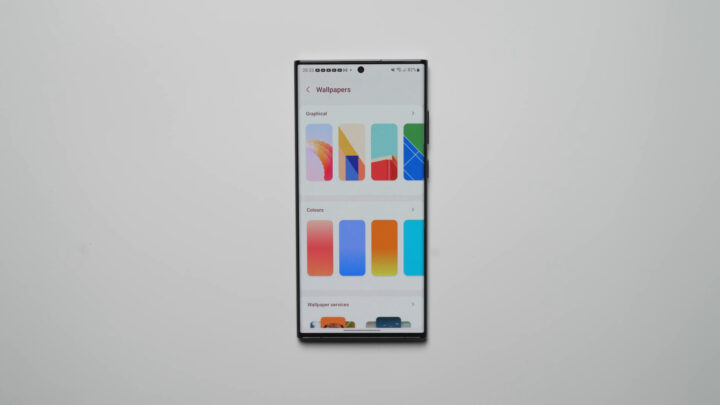 While there were rumors about the possible delay of the One UI 5.0 Beta 2 update, Samsung finally released the third beta update for the Galaxy S22 series last night. Considering it’s the third beta update, you’d be tempted to think it would bring mostly bug fixes and minor feature additions. However, Samsung has added some important new features.

The latest One UI 5.0 beta update for the Galaxy S22, Galaxy S22+ and the Galaxy S22 Ultra comes with a firmware version that ends ZVI9. The update is rolling out in Europe and the UK and includes the September 2022 security patch.

You can further customize the lock screen clock widget with six fonts, five styles, and ten preset font colors (five solid colors and five gradients). You can even select a custom solid color or gradient from the color swatch or spectrum. You can even set the clock widget to automatically adjust according to the background color (dark or light). For the notifications view, you can select only icons or notification icons with details. You can even set the transparency level and text color. There is also a new smooth animation effect when the phone switches to and from the Always On Display mode. Samsung has also categorized wallpapers (colors, gallery and graphics), in iOS 16 style.

Samsung has also modified the UI design of the fingerprint registration process. There is a green ring around the fingerprint registration area for better focus. The color palette has also been applied to the Stories section in the Gallery app and the whole section is now more immersive. The new software allows you to disable the Automatic Optimization feature in the Device Care app. Samsung has also fixed the issue with animations and transitions, and they now look a lot smoother.

Have you installed the Android 13 based One UI 5.0 Beta 3 update on your Galaxy S22 series smartphone? Let us know your thoughts in the comments below.