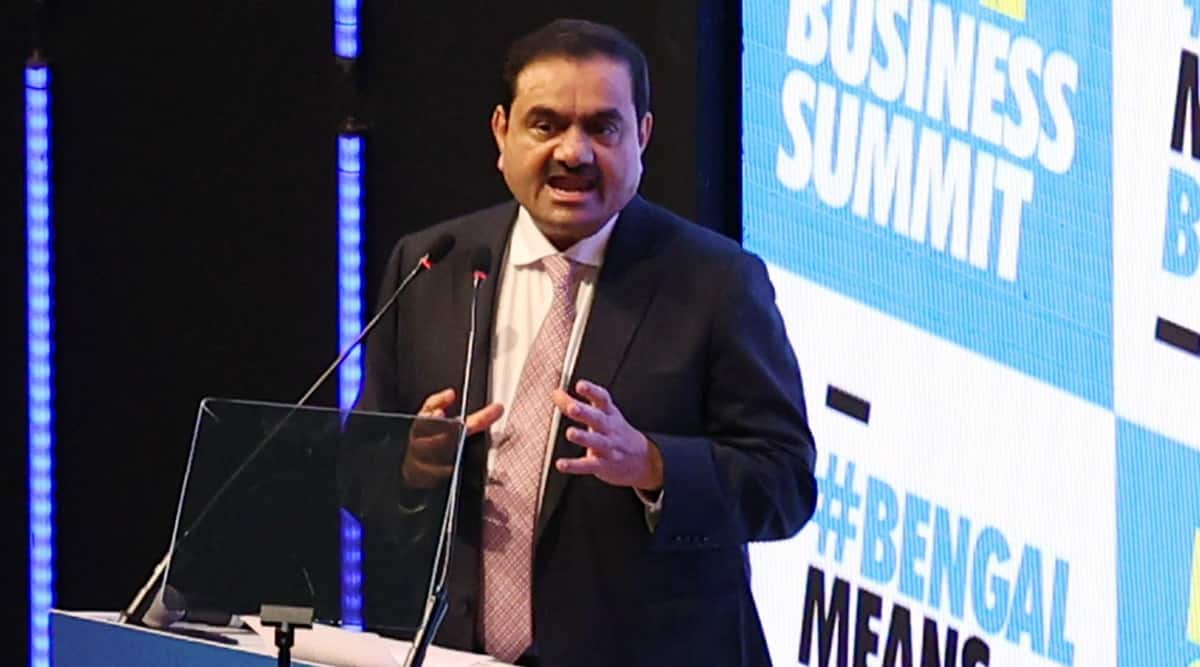 Hindenburg Research disclosed in the report that it “has taken a short position in Adani Group Companies through US-traded bonds and non-Indian-traded derivatives.” The report was published just two days before the group’s flagship Adani Enterprises, a Rs 20,000 crore follow-on bid, opens for subscription on January 27.

Short sellers are betting that the stock price of companies will fall. They borrow stock to sell and then buy the stock back at a lower price to return to the lender, making a profit.

Shares of the Adani Group fell by up to 8 percent, and the benchmark Sensex closed 1.27 percent or 774 points lower at 60,205.06 and the NSE Nifty Index fell 226 points to close at 17,891.95, beating overall sales feelings by foreign and local investors dampened the market.

In a statement, the Adani Group said: “The timing of the release of the report clearly betrays a brutal, malicious intent to undermine the reputation of the Adani Group with the primary aim of harming the upcoming FPO of Adani Enterprises, the largest FPO ever in India. The investor community has always placed their trust in Adani Group based on detailed analysis and reports prepared by financial experts and leading national and international credit rating agencies.”

Adani Group CFO Jugeshinder Singh said, “We are shocked that Hindenburg Research released a report on January 24, 2023, without any attempt to contact us or verify the actual matrix. The report is an evil combination of selective disinformation and outdated, baseless and discredited allegations that have been tested and rejected by India’s highest courts.”

“From a solvency perspective, several listed entities in the group are highly leveraged compared to industry averages: four out of 7 of these entities have negative free cash flow, indicating that the situation is deteriorating,” said Hindenburg Research in its report. Major listed Adani companies have also taken on significant debt, including pledging shares of their inflated shares for loans, leaving the entire group in a precarious financial situation, it said.

Hindenburg Research is now a premier investment research firm founded by Nate Anderson. It is known for its critical reports and has previously targeted Nikola Corp, an electric vehicle manufacturer.

According to the research report, as many as five of the seven major publicly traded companies have reported “current ratios” of less than 1, indicating near-term liquidity pressures, the report said. The report does not mention Ambuja Cement and ACC which was acquired by Adani Group last year and only the group’s other 7 listed companies.

When contacted, the CEO of a leading brokerage who declined to be named said: “Although shares of the Adani group have fallen by up to 8 percent following the Hindenburg report on the group, their weight is not enough in the indices to lead a fall in the main indices. However, as banks that have exposure to the group, including SBI, fell sharply by more than 4 percent after the report, that led to a fall in the major indices Nifty and Sensex.”

The Hindenburg report also claims to have examined the complex web of offshore entities associated with the Adani Group. “Our investigation, which included downloading and cataloging the entire company registry of Mauritius, has revealed that Vinod Adani (elder brother of group chairman Gautam Advani), through several close associates, manages a vast labyrinth of offshore shell entities,” the report said.

“We have identified 38 empty entities in Mauritius controlled by Vinod Adani or close associates. We have identified entities also covertly controlled by Vinod Adani in Cyprus, the UAE, Singapore and several Caribbean islands,” it said. “Many of the Vinod Adani affiliated entities have no obvious signs of activity, including no reported employees, no independent addresses or phone numbers, and no meaningful online presence. Despite this, they have collectively transferred billions of dollars to Adani Indian, listed and private entities, often without required disclosure of the nature of the related party deals,” it alleged.

“Evidence of stock manipulation in listed Adani companies should come as no surprise. Over the years, SEBI has investigated and prosecuted more than 70 entities and individuals, including Adani promoters, for inflating the shares of Adani Enterprises,” the Hindenburg report said.

However, the Adani Group says that its investors are not guided by one-sided, motivated and unsubstantiated reports with vested interests. “The Adani Group, India’s leader in infrastructure and job creation, is a diverse portfolio of market-leading companies led by CEOs of the highest professional caliber and overseen for decades by experts in various fields. areas. The group has always complied with all laws regardless of jurisdiction and maintains the highest standards of corporate governance,” said Adani’s CFO Singh.

Gautam Adani, founder and chairman of the Adani Group, has a net worth of approximately $120 billion, an increase of more than $100 billion in the past three years, largely due to the rise in share prices in the seven major publicly traded companies of the group, which averaged 819 percent over the three-year period.