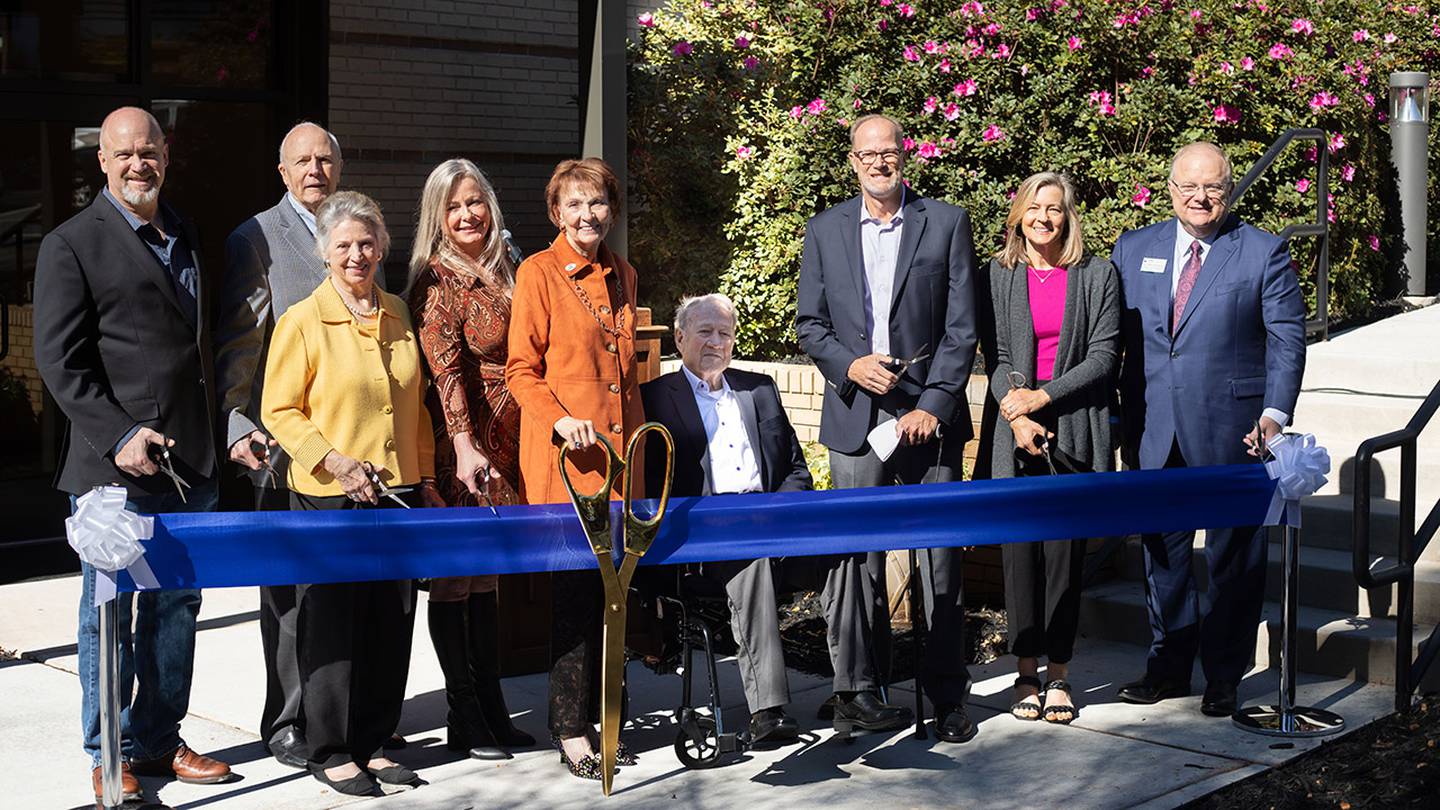 Dean Swanson and the late Kay Stewart Swanson provided original endowment financing for the facility in 1989 and an additional $400,000 in 2020 providing UNG funds towards the total project renovation cost of $1.5 million. The renovation expanded the usable square footage to accommodate new classrooms and incorporated new state-of-the-art teaching technology.

H.M. Stewart Sr. was the founder of Standard Telephone Company, which provided telephone services to Dahlonega in the 20th century before becoming Windstream. Standard Telephone’s Dahlonega office workers were a source of pride to HM Stewart, better known as Milton, and were recognized for their long service to the Dahlonega community at the facility’s original opening.

“This legacy and continued support is testament to the late Milton Stewart Sr. and his family’s vision and understanding of the role professional and continuing education play in the workforce and economic development,” said UNG President Bonita C. Jacobs . “We are very grateful for your support of this project and the many opportunities it will offer students in the coming years.”

Stewart Swanson told attendees of the ribbon cutting that the family’s support for education began with his late grandfather’s generous approach, spurred on by his time running the Standard Telephone Company.

“Each generation of the family has since followed suit and tried to build on that legacy of giving back to the community. He tried to help people in every way he could,” Swanson said. “This facility gives people an opportunity for education that they may never otherwise receive.”

The large, open gymnasium type space has been renovated from top to bottom and now includes two modern learning and meeting rooms, as well as informal sitting areas for informal gatherings. The bathrooms have been completely renovated and a lift has been installed in place of the stairs for easy access between floors. A new entrance was added downstairs, as well as a rear exit.

In addition, the upstairs lobby was updated with paint, carpet, new ceiling, lighting and furniture.

“These renovations allow PCE to expand its course offerings in the Lumpkin County area, benefiting business and industry and continuing to grow a highly skilled workforce,” said Dr. Wendy Estes, Executive Director of PCE. “Delivering in-demand soft skills training, as well as initial certifications and continuing education units for various professions will be a primary focus. The space will also be used to host various community events and meetings.”

“We are extremely grateful to the Swanson family for their continued support for UNG Professional and Continuing Education. Most philanthropic activities in higher education are designed to support academics or athletics,” said Estes. “The generous donation is a testament to Howard Milton Stewart Sr. and his family’s continued commitment to the daily worker and the local community that PCE serves. It is an honor to celebrate this family’s significant contributions to northeast Georgia.”