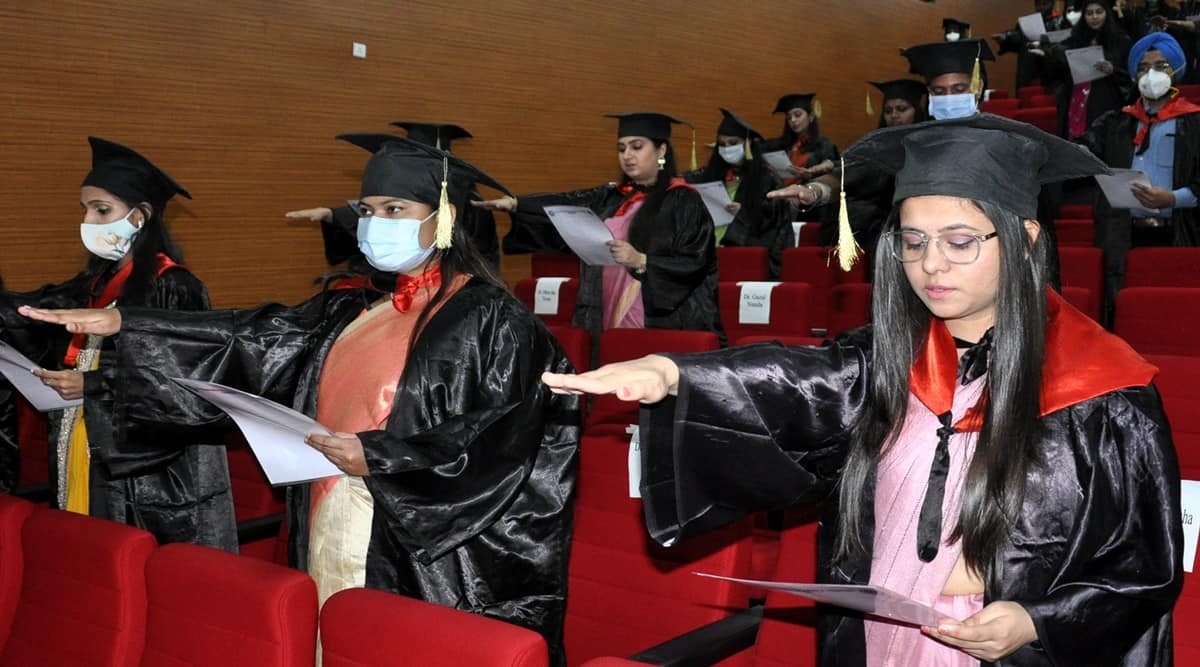 The Supreme Court on Monday ordered the government to find ways to accommodate medical students forced to return from countries such as Ukraine and China. Amid the coronavirus pandemic and war between Ukraine and Russia, Indian medical students have faced a number of issues that have caused many MBBS aspirants to rethink their plans to study abroad.

For more than a decade or more, universities in Russia, China, Ukraine, Nepal and Bangladesh were the most favored by medical aspirants in India. According to a recent report by investment firm Anand Rathi, China, Ukraine, the Philippines and Russia account for nearly 60 percent of medical student outflows from India.

India has nearly 92,000 MBBS seats for students, of which more than 48,000 are in government colleges and nearly 44,000 in private colleges. Despite the addition of 30,000 seats for MBBS courses in India in the past six years, the number of applicants stands at six students per seat in 2016 to 10 in 2021, according to a recent report by Anand Rathi.

Experts say that because of this fierce competition in India, Middle East and Eastern European countries like Tajikistan, Kazakhstan, Kyrgyzstan, Georgia and Armenia have seen an increase in the number of Indian students choosing to study in these last six to seven years. countries to study.

These countries have seen an increase in the registration of FMGE screening tests. (Data source: natboard.edu.in)

Gaurav Tyagi of consultancy CareerXpert said that in addition to the Middle East, South American and Eastern European countries are also emerging as options for Indian students. “Because of the global events that have taken place in the past three years, Eastern Europe, the Middle East and African countries such as South Africa and Nigeria will pick up again among students,” he said.

Those with deep pockets prefer Singapore, US, UK, Canada and Australia. Not many, experts say, want to return to India to practice as fees exceed a crore.

Careers advisers said they have also received questions for admission to universities in Russia’s neighboring countries, such as Latvia, Belarus, Romania and Moldova. “Lesser-known countries will benefit from this. However, now more students will move to already popular countries like Nepal and Bangladesh. In addition to cultural similarities, students there study the same books that Indian medical colleges teach,” said Parijit Mishra, Head of Department, Careers Guidance, Allen Institute.

From quality of education to lower cut-offs and fees

Students also seek admission in countries where competition is less and tuition fees are nominal. While NEET UG counseling is underway, study abroad counseling agencies are targeting concerned parents looking for countries that can provide “quality education at an affordable cost” to their wards.

“In India, a candidate has to cough out nearly Rs 80 lakh-Rs 1 crore for a medical chair in a private school. Most families can’t afford this, but also can’t let go of their MBBS dream. Therefore, they select medical colleges in countries where it is easy to get admitted, whether these institutes are famous for their medical education or not,” said Tyagi of CareerXpert.

On the other hand, the tuition fee at MBBS or UG level is almost Rs 25-35 lakh in these countries.

Not just lower fees, these foreign varsities require NEET qualification marks or pass grades of Class 12 or equivalent for admission. Their cut off is only 110 and for the leading medical colleges in India the cut off for general category is 715-717.

Not as popular as Russia or China, European countries such as Germany, France and the Netherlands are some other countries that are also quickly gaining popularity among students looking to study abroad.

According to Vibha Kagzi, Founder-CEO, ReachIvy says that this is mainly because tuition costs in Germany are relatively low and it also offers top-notch education. “There are several global career opportunities to explore once you complete your education in these countries. In addition, other Eastern European countries such as Romania, Poland and Hungary are also emerging as the new potential educational destination for MBBS students and are filling the niche left by Russia and Ukraine,” she said.

She added that many students also choose to study abroad because it gives them the opportunity to discover new cultures and traditions.

Shreya Trishal, a student taking an MBBS course at Poznan University of Medical Sciences, Poland, has her reasons for going to the US or UK instead of coming back. “Universities abroad are also doing a lot of research, something that interests me. I have decided to continue research in this area and developed countries have better resources and future,” said Trishal.

Over the years, overall enrollment in medical courses has increased compared to engineering degrees.

Dr. Sayad Ahmad, vice president of the All India Medical Students’ Association (AIMSA), said this may be because the employability of engineers has declined and students are therefore preferring a career in medicine. “There was a time when parents were unwilling to get their students admitted to medical colleges because of the high cost and course length of more than five years. This mindset has changed and there is a bright future for even those who have not pursued postgraduate degrees,” said Ahmad.

If you believe surveys, not all engineers are employable. Many need to complete an MBA or MTech to be industry ready. However, an MBBS can still be used. “The salary of the doctors of the district hospitals or those practicing in the mohalla clinics is around Rs 80,000. Therefore, the parents are now taking medical education as a one-time investment that can pay off in the long run,” said Ahmad.

These are some of the reasons that have probably led to an increase in the number of students participating in medical entrance exams. In 2013, when NEET was first conducted, about 7.5 lakh students enrolled in the exam while nearly 11 lakh enrolled in JEE Main. Applications for NEET have seen a huge spike with almost 18 lakh applications in 2022.

Several top NEETs also told indianexpress.com that the pandemic has further inspired them to take up the medical profession.

However, despite the demand for medical education, AIMSA’s Ahmad said parents should also consider the many challenges their children face abroad, especially those in Georgia, where India doesn’t even have an embassy.

“I have come across students whose parents are doctors or are related to them. They may be taking a risk, but they are sure that their child will at least get a foreign diploma that they can show off. They don’t realize that in a foreign country you have to learn a new language to survive. The MBBS itself is a tough course. The extra pressure of the language and being away from family makes the student even more depressed,” says Ahmad of AIMSA.

To ensure quality control, the Union Ministry of Health and Family conducts the Foreign Medical Graduates Examination (FMGE), a mandatory screening test that a foreign degree holder must pass in order to be eligible to practice in India before registering with the Medical Council of India (MCI).

Dr. Jayshree Mehta, former MCI president, expressed concern that the language and curriculum in most foreign universities are not in line with Indian medical education. “How many students pass FMGE in India? Very low. The problem is that in countries like China, students have to learn the local language. But the colloquial language is different from what we learn. The international students need the help of a translator to communicate with the patients. When these students return to India, we have noticed that their skills are not up to the mark,” Mehta said noting that a majority of these medical graduates prefer to practice in India.

“The candidates and especially their families should understand that the curriculum and training quality in most of these foreign universities are not as good as in India. There are certain skill benchmarks required for practicing in India, which not everyone can qualify. Therefore, they need to think holistically before making a decision,” says Mehta.