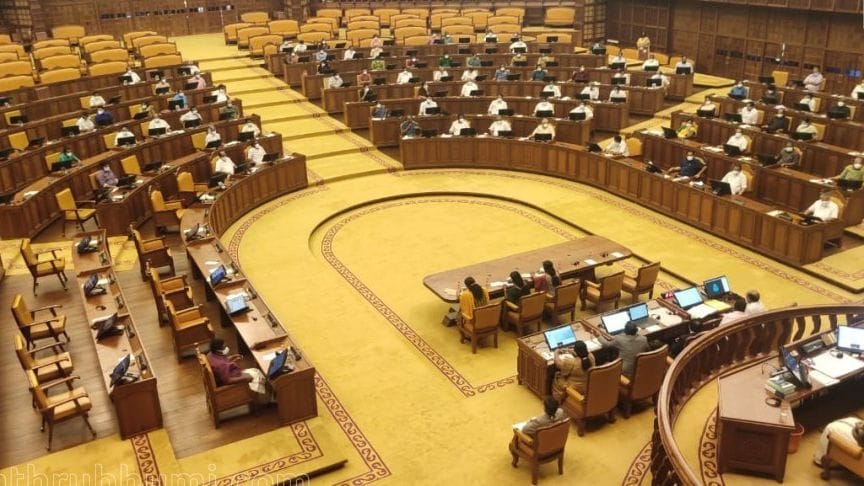 Thiruvananthapuram: The Congress-led UDF opposition argued in the Kerala assembly on Monday that the gender-neutral attitudes in the ruling Left Front’s proposed new education policy will Result in “denial of religion” and “sexual anarchy”, while the LDF said that nothing was decided and everything was negotiable.

“Education policy is aimed at gender equality and rational thinking. That cannot be allowed at the expense of the state. It will lead to denial of religion. Therefore, it should be removed from the policy,” IUML MLA N Samsudheen claimed in the meeting . .

“We don’t need gender equality, we need equal opportunities. The gender neutral views will lead to sexual anarchy and that cannot be allowed in education. They (the government) are trying to create gender confusion among the children and the public,” continues Samsudheen. claimed.

He claimed that the state government was trying to create a “genderless” society.

The IUML legislature also believed that having mixed banks and mixed hostels will also create problems and that gender neutral uniforms cannot be imposed on girls.

He demanded that the government withdraw these measures from its education policy.

Samsudheen, who believed that gender is not a social construct and was assigned at birth, said the policies of the state government will destroy Kerala’s culture.

“Gender is determined by birth and not by our feelings,” he said, claiming that the state government was trying to sneak in “liberal agendas” on education through its policies.

See also  UP issues guidelines for ‘no cheating’ exams, invigilators asked to not use mobiles

State Minister of Public Education V Sivankutty refuted the allegations and allegations made by the IUML MLA saying that nothing has been decided by the government and all these issues are for public discussion and debate.

He said the government has not mandated gender neutral uniforms or mixed banks or mixed hostels.

“The uniforms to be worn are determined by the school management in consultation with parents and local self-government institutions. We have not mandated gender neutral uniforms,” ​​he said.

The minister went on to say that gender is a social construction, while sex is determined at birth and children should understand that.

He went on to say that the government had no intention of introducing “denial of religion” and only wanted secularism.

Secularism should not be confused with denial of religion, the minister said.

He also said that the government’s proposed public education reforms were in line with the National Education Policy-2020, which has guided education policy changes across the state.

When the Balussery government girls’ secondary school in Kozhikode introduced the gender-neutral uniform for its students in December last year, part of the people under the collective of a Muslim coordination committee organized a protest march to the institution against the new unisex uniform. uniforms.

They had claimed the decision amounted to an insult to women’s modesty and was part of the “imposition of a liberal ideology” among students.

Nearly a dozen schools in Kerala had already switched to gender-neutral uniforms by that point.

Get daily updates from Mathrubhumi.com