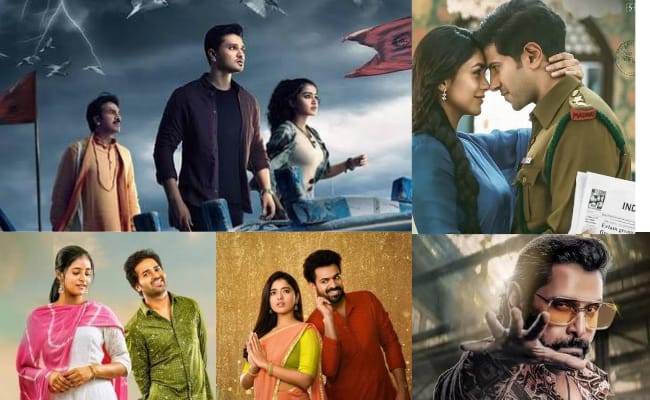 1. Karthikeya 2: The film brought in the collection of Rs 105 Cr at the box office and is still going strong even after 21 days of release.

The makers claim that the film was made on a budget of about Rs 30 Cr and grossing more than three times in the theaters alone is quite a huge success.

The film proved to be the highest-grossing venture and kept Tollywood’s head high on the Bollywood circuit. Nikhil Siddharth acquired the pan-Indian identity with this film.

2. Ranga Ranga Vaibhavanga: This is a film flatly rejected by the public on the first day.

Vaishnav Tej and Ketika Sharma formed a duo for this film, but most of the audience called it outdated and outdated. Gireeshaya directed the film while BVSN Prasad produced the film.

Collections plummeted, and the entire run of this film had nearly stopped by the end of the first weekend itself.

3. Sita Ramam: The film made a collection of Rs 80 Cr gross but still fared well. Fresh, the film was also released in Hindi version.

With the most popular casting, the film appealed to the class audience, and after a long time it attracted many families to the theaters.

Even after the four-week film, the film successfully attracts the attention of the public and the footsteps are filmed in large numbers in the cinema. This movie stood out as one of the biggest hits of this year so far.

4. Kobra: This Kollywood dubbed movie made its presence felt at the Telugu box office. But failed miserably due to the confusing content. Vikram played a dual role in the film.

The story is about a math genius Mathi who has another identity Cobra who commits intelligent crimes using mathematics. Ajay Gnanamuthu directed the movie, but it didn’t work.

5. First Day First Show: This film by the Jathiratnalu team completely disappointed the audience. The film was rejected by the public on the first day itself.

KV Anudeep, the director of Jathiratnalu, wrote the script while Vamshidhar Goud and Lakshmi Narayana co-directed.

The film proved the age-old saying that too many directors ruin the show. Sanchita Basu who rose to fame with Tik Tok videos debuted with this film alongside Srikanth Reddy.