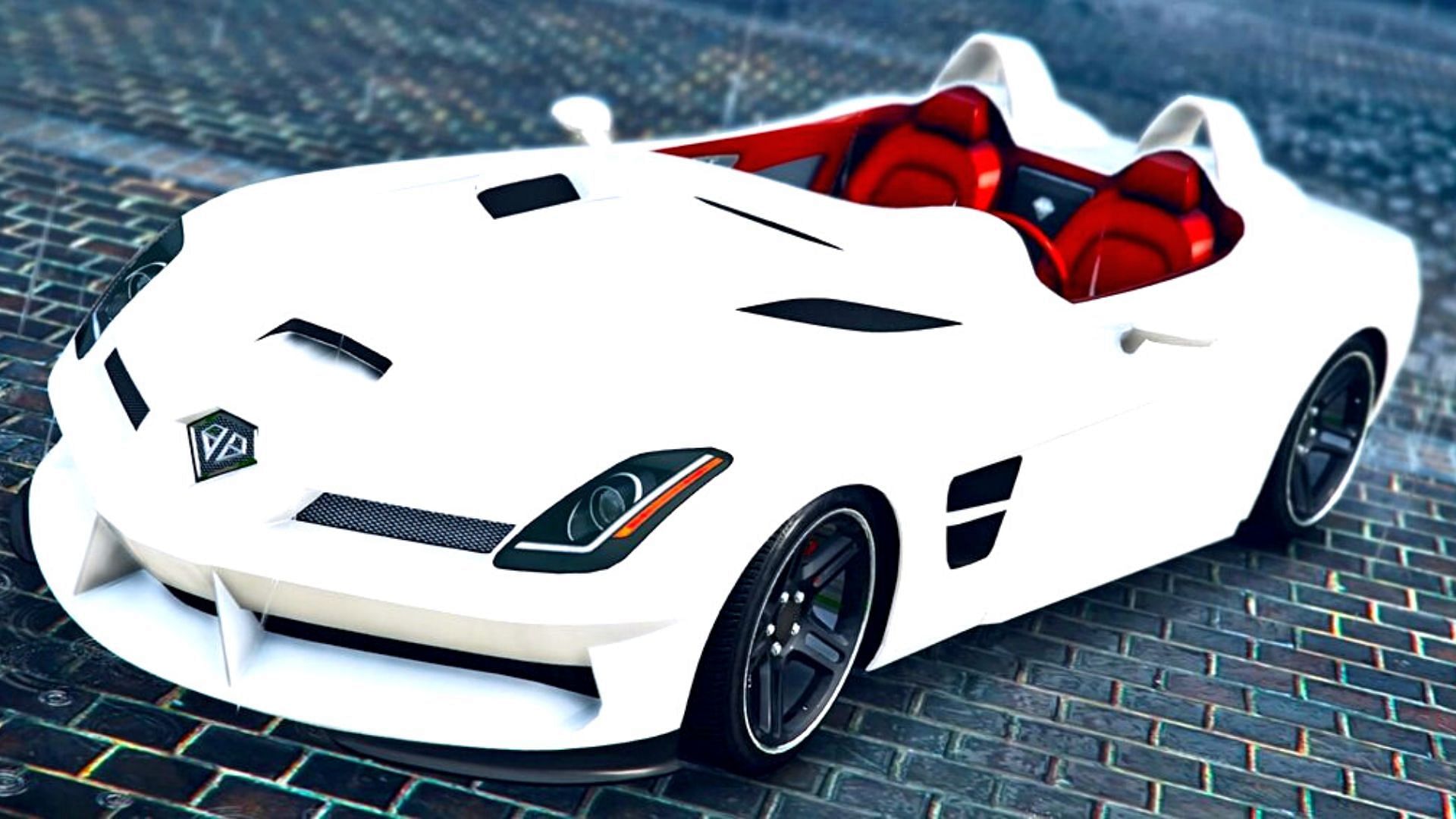 The Black Friday weekend is live in GTA Online and players have a golden opportunity to get their hands on selected items at amazing discounts.

As of today, they can buy a wide variety of aircraft and vehicles and save a lot of money with each purchase. Rockstar Games offers up to 40%-50% off select items, making them even more attractive. But with so many things to choose from, you might be wondering which one to buy.

That said, let’s take a look at the top five things to buy in GTA Online this weekend.

Top 5 things to buy in GTA Online this weekend

At number five is the Benefactor SM722. It is one of the latest 2 seater open top civilian grand tourers and was added to the game with The Criminal Enterprises update. It is heavily inspired by the real Mercedes-Benz SLR Stirling Moss (2009).

In terms of performance, the SM722 runs on a powerful V8 engine mated to a 5-speed gearbox in a RWD format. While it has decent acceleration, it can reach a staggering top speed of 199.16 km/h (123.75 mph) when fully upgraded. It is also incredibly easy to handle.

Players can purchase the vehicle from Legendary Motorsport for a 40% discount price of $1,269,000.

Next on the list is Buckingham Swift Deluxe, a 4-seater civilian deluxe helicopter that has been part of GTA Online since the release of the III-Gotten Gains Part 1 update. Like Swift, it is also inspired by the AgustaWestland AW109S Grand.

When it comes to performance, the Swift Deluxe appears to be powered by a similar twin-turboshaft engine. It is one of the most maneuverable and fastest aircraft in the game, with fast take-off speeds and higher agility. You can experience luxury while flying it in the skies of Los Santos.

The Pegassi Torero XO comes in at number three. It is a 2-seat civilian hypercar that was added to GTA Online with The Criminal Enterprises update. Its appearance is directly based on the lifelike Lamborghini Countach LPI 800-4 (2022).

In terms of performance, the Torero XO runs on a V12 engine mated to a 7-speed transmission in an AWD format. It excels at acceleration, reaching a mind-boggling 131.00 mph (210.82 kph) in short seconds, as tested by Broughy1322.

The car is available for purchase this week at a 40% discount from Legendary Motorsport for $1,734,000.

Next on the list is the Pegassi Toreador, a 4-seat custom civilian sports car that has been part of GTA Online since the release of the Cayo Percio Heist update. It is largely based on the real-life Lamborghini Marzal concept car.

When it comes to performance, the Toreador has decent handling and speed, with average acceleration in auto mode. Players can switch it to submarine mode and take the vehicle to the depths of the oceans with ease.

After all, number one is none other than the Declasse Scramjet. It’s a 2-seat custom weaponized sports vehicle that has been in the game since the After Hours update. The design is directly derived from the Mach Five of the Speed ​​racer anime series.

In terms of performance, the Scramjet runs on a front engine mated to a six-speed transmission in an RWD layout. Although it has great acceleration and top speed, it still comes with a rocket booster that makes it more effective compared to other vehicles.

Black Friday deals are very exciting and players are advised to take advantage of these great discounts in GTA Online this weekend.