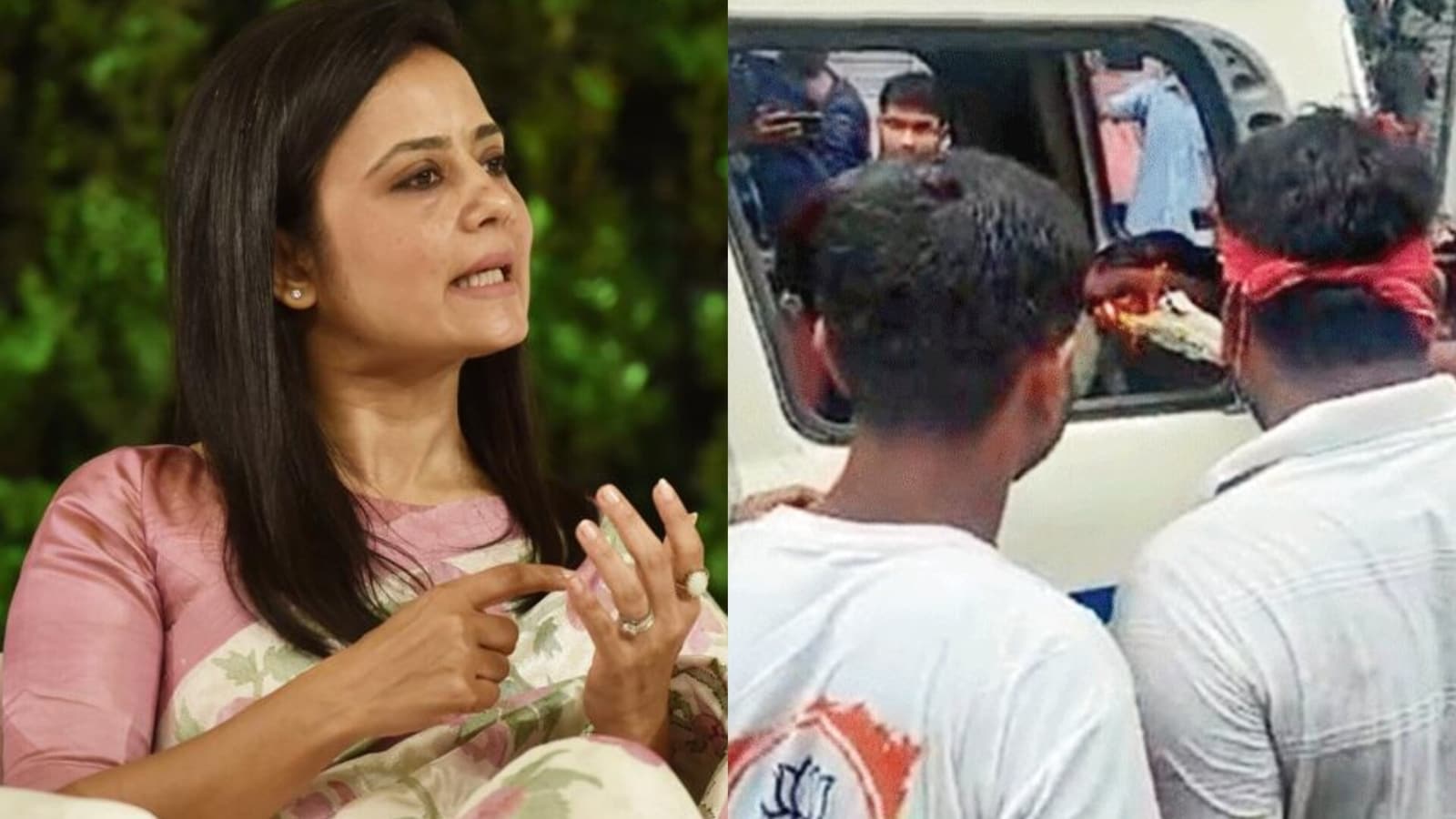 Trinamool Congress MP Mahua Moitra took a swipe at the Bharatiya Janata party on Wednesday as he shared a photo of protesters bearing BJP flags setting fire to a police vehicle the previous day. The Lok Sabha member, known for her fiery speeches and stinging insults, said the image was “Chapter 1 of the BJP’s New Education Policy” on how to “methodically set fire to the police vehicle”.


The TMC leader also questioned whether the saffron party will maintain its “bulldozer policy” if the government of West Bengal takes similar action against “BJP workers who have destroyed public property.”

“Chapter 1 in the BJP’s New Education Policy: How to Methodically Set the Police Vehicle on Fire. BJP simians in Kolkata yesterday,” Mahua Moitra said in a tweet.

“What if Bengalis used Bhogiji Ajay Bisht’s model and sent bulldozers to the homes of BJP workers who destroyed public property yesterday? Will BJP maintain its own policies or get their chadds in a twist?” she added.

Parts of Kolkata and its suburbs looked like a battlefield on Tuesday as BJP supporters clashed with police as they tried to get past barricades erected to prevent them from marching towards the West Bengal secretariat ‘Nabanna’. During the clash, a group of men carrying the BJP flag set fire to a police vehicle on Mahatma Gandhi Road in central Kolkata.


TMC’s National Secretary Abhishek Banerjee shared a video of the incident, tweeting: “Today not only Bengalis but the nation have glimpsed what @BJP4Bengal hooligans are capable of doing to our City of Joy.”

However, the BJP denied any responsibility and tried to blame TMC. BJP’s IT head Amit Malviya shared another video of the same incident, saying: “Mamata Banerjee sent TMC executives to pelt stones at the police so that later BJP could be blamed…”