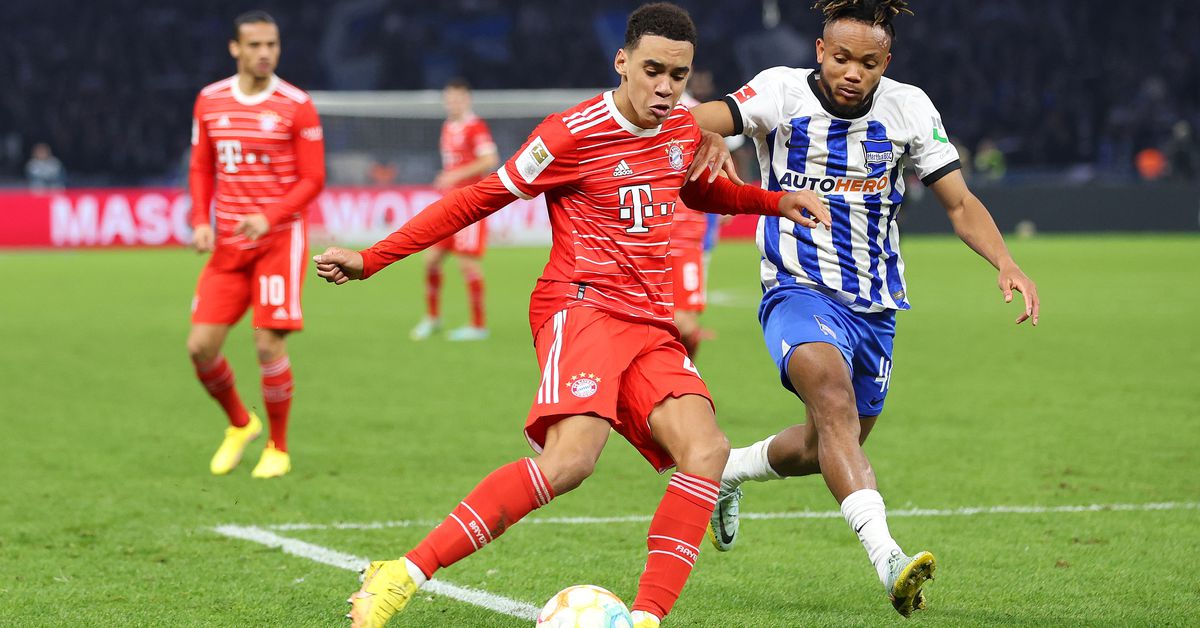 Bundesliga refs went out of their way to make Bayern Munich lose points against an annoying Hertha Berlin side that did NOT behave like a team that is part of the league’s Basement Boys™. The Bavarians managed to hold on to a 3-2 win against the lesser-known team from Berlin and are on top for now. Goals from Jamal Musiala and the legendary Eric Maxim Choupo-Moting (x2) were just enough to negate the efforts of Dodi Lukebakio and Davie Selke from the spot. What were the highlights of today’s game?

That has to be Hertha!

As I said before, for a team in the lower half of the Bundesliga, Hertha was unusually attacking and gave Bayern all kinds of problems, including Dodi Lukebakio. Man, this man really has something against us and no one knows why. Anyway, Hertha mainly attacked from the wings and had good chances to score and got two just before half time, both times they caught Bayern taking a nap. The failure to capitalize on those opportunities was Bayern’s save as everyone looked exhausted and it’s only November. I wonder why that is.

It has always been a bad idea to hold a major international football tournament in the middle of the season, but now everyone can see the toll it takes on the national team players at the club level. Teams are forced to play matches in a shorter period of time, resulting in only a three-day break between matches. Increased workload means a higher chance of sustaining an injury, and it seems Alphonso Davies and Leon Goretzka have done just that.

See also  "Would Have Taken A Bullet For You": Hardik Pandya To Virat Kohli Post Famous Win Over Pakistan

Everyone is starting to express their disapproval of the World Cup, which starts in about two weeks. This was evident in today’s game, where a large banner reading ‘Boycott Qatar 2022’ was displayed. FIFA really needs to rethink their approach to these tournaments, as their prestige could take a hit with how things stand.

Bayern are the architects of their own demise

I’d say we were done with the umpire and VAR falling for Hertha’s players tripping like they were playing with the laces of each shoe tied to the other, but this time I’m doing it differently. Bayern just need to put the game to bed before the opposing team has a chance to make a comeback. Bayern will not always get away with their inability to finish games, with the Champions League resumption next year. This is a phenomenon that needs to be seriously addressed, as it may be the thing that kills us rather than us the game.

Interested in more analysis of the game? Why not check out our postgame podcast? We’re talking about the Davies injury, Mazraoui, Choupo-Moting for the Ballon d’Or, the World Cup and more! Listen below or on Spotify.

As always, we appreciate all the support!