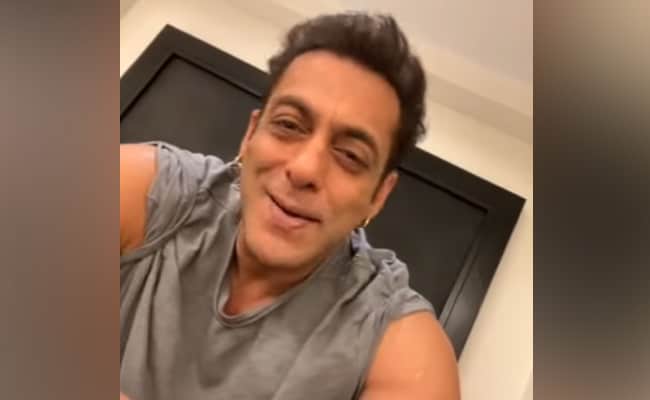 A still from the video. (thanks to: beingsalmankhan)

Salman Khan, who had an extended cameo in Chiranjeevi’s Godfather,shared a video on his Instagram handle, in which he congratulates the star on the film. The video started with Salman saying, “My dear Chiru Garu, I love you.” He added: “I heard GodVader is doing very well, congratulations, god bless you. You know why Chiru Garu kyunki iss desh aur iss desh ki janta mai hai bada dum. (Because this country and its citizens are very powerful.)” He ended the video by saying “Vande Mataram!” Shared the post, Salman Khan captioned it as “#Godfather” and tagged Chiranjeevi and Ram Charan. Shortly after, he shared the post, Ram Charan dropped clasped hands and heart emoticons in the comment section.

Also starring Nayanthara and Satyadev in the lead roles, the film was released today (October 5). Check out the message below:

Returning to Salman Khan on Wednesday, the superstar shared a still from his upcoming movie Kisi Ka Bhai Kisi Ki Jaan and captioned it as “Woh tha kisi ka bhai, yeh hai kisi ki jaan …”. Check out the message below:

Meanwhile, Salman Khan also at work Tiger 3 with Katrina Kaif, which will hit theaters next year. He also has a cameo role in Shah Rukh Khan’s Pathan.