This ATM In Bangalore Delivers Fresh And Contactless Idlis In Minutes 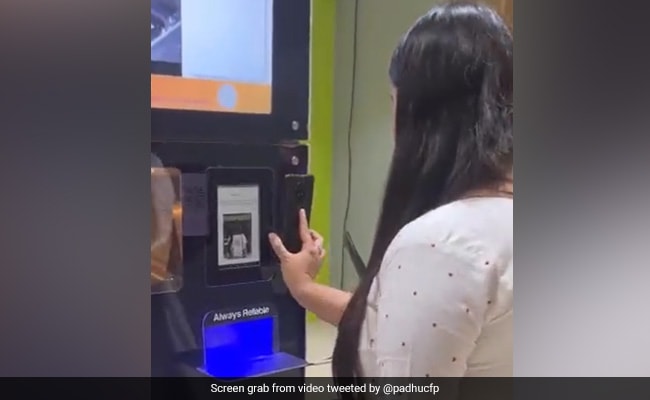 There’s no denying that idli is one of the most popular South Indian dishes. The light, soft and fluffy idlis are enough to keep you full for a long time. Dip it in sambhar, or drink it with chutneys, you can never go wrong with it. Now a startup has an automated idlimachine in Bengaluru to deliver them fresh in minutes. A video of this has surfaced on Twitter.

The machine was created by the startup Freshup Robotics, founded by Bengaluru-based entrepreneurs Sharan Hiremath and Suresh Chandrashekaran. The 24X7 machine is set up at Freshot and can dispense 72 idlis in just 12 minutes, reported Economic Times. The machine also supplies sides such as podi and chutney.

The process is simple, just scan the QR code to get the menu as shown in the video, place your order and make payment. The idlis is delivered fresh and packaged within approximately 55 seconds.

Mr Hiremath got the idea in 2016 after his daughter got sick and he couldn’t get anywhere to warm up late at night. He told Deccan Herald, “The only way to always have access to such food was to build an automatic machine.”

It is said to be the first automated cooking and dispensing machine for a South Indian breakfast. For now, this ATM is available in two locations in Bengaluru and they are planning to expand it to other major centers.