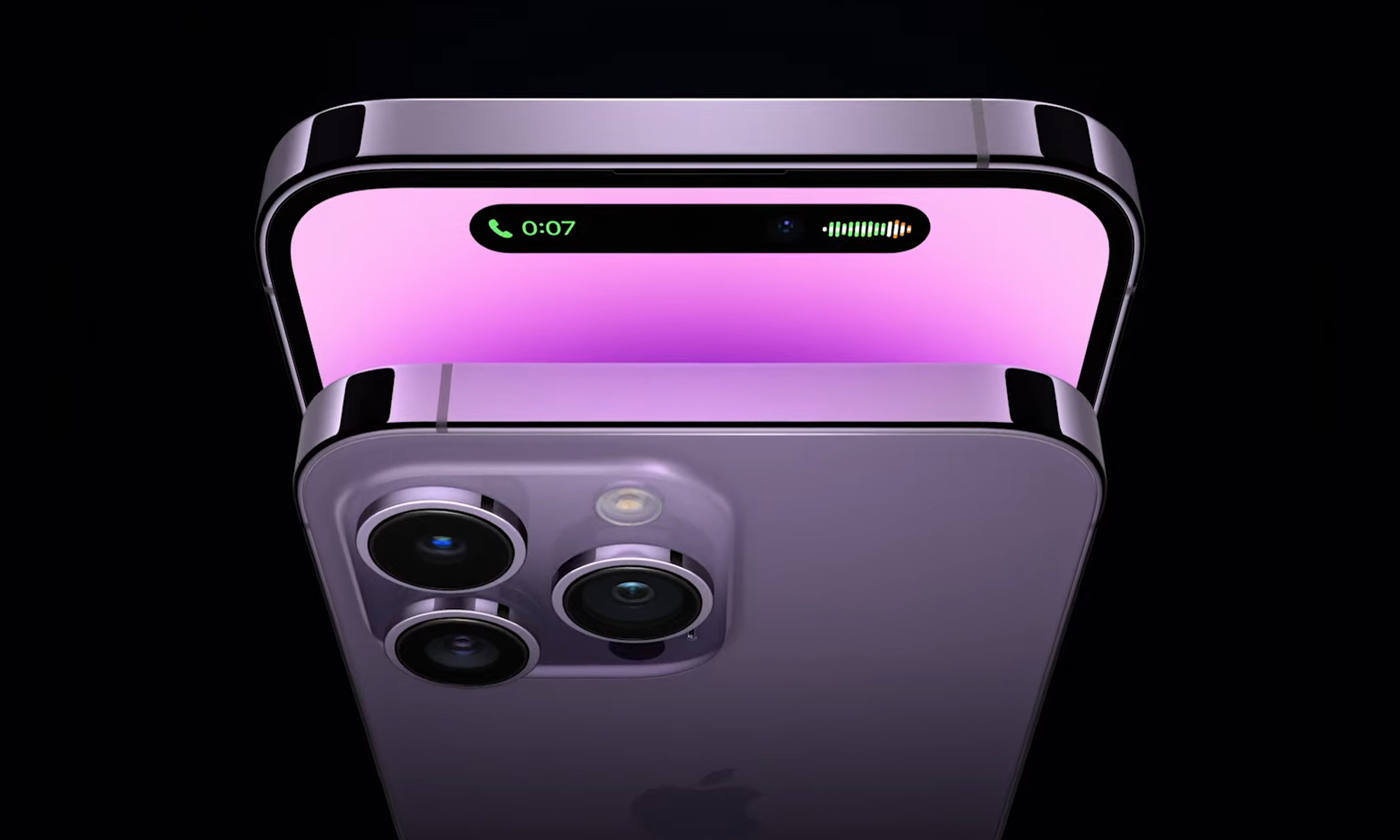 The iPhone 14 Pro is here, and it’s one of Apple’s most significant upgrades in years. We’re used to better camera and screen tech in Apple’s “Pro” lineup, but this time it’s a dramatic departure from the standard iPhone 14. First, Apple did away with the notch, which first arrived with the iPhone X. way back in 2017. Instead, there’s a big notch that Apple calls the “Dynamic Island,” which can be expanded with notifications and other app information. The result is a portion of the screen that looks, well, very dynamic.

The iPhone 14 Pro features Apple’s new Super Retina XDR display, which can reach a maximum brightness of 2000 nits outdoors. That new screen technology also keeps the Pro’s 6.1-inch and 6.7-inch screens on all the time, so you don’t have to tap your phone to see vital information. How is that possible? Apple has developed a new power-saving mode that allows the displays to drop to a super-low refresh rate of 1 Hz.

As expected, there is also a new mobile chip that powers all this magic, the A16 Bionic. It is a 6-core CPU (2 high-performance cores and four high-efficiency) combined with a 5-core GPU. Apple claims the high-performance cores use 20 percent less power than the A15s, and, unsurprisingly, they’re faster too. The A16 will be a big draw for the Pro range, as the stock iPhone 14 is stuck with last year’s (still very capable) A15 chip.

The more powerful processing power of the iPhone 14 Pro comes in handy for the new 48-megapixel main camera, a huge leap from the standard 12MP cameras that Apple has relied on for years. It has a quad-pixel sensor, which allows it to easily oversample large photos to 12MP photos. And if you really want a solid 48MP photo, you can take it in ProRAW too.

Apple’s new Photonic Engine improves low-light performance for all of the iPhone 14 Pro’s cameras, something it also shares with the standard model. There’s also a new 2x optical zoom telephoto camera (less than 3x on the iPhone 13 Pro), along with a redesigned 12MP ultra-wide angle lens. Even the flash has been updated, doubling the brightness thanks to an array of 9 LEDs.

You can also take advantage of Apple’s Emergency SOS feature, which relies on satellites to send messages when you’re out of cellular range. It’s a useful feature, but it will also be available on the non-Pro iPhone 14.

Overall, the iPhone 14 Pro seems like a bigger step forward than last year’s model. The Dynamic Island is fundamentally reshaping the way notifications work in iOS, and for many photographers, the larger camera sensor has been a long time coming. The iPhone 14 Pro starts at $999, while the Pro Max will cost $1,099 just like last year. You can pre-order both models on September 9 and they will be available in stores from September 16.

Follow all the news from Apple’s iPhone event here.

All products recommended by Engadget have been selected by our editorial team, independent of our parent company. Some of our stories contain affiliate links. If you buy something through one of these links, we may earn an affiliate commission. All prices are correct at time of publication.

Samsung rolls out Android 13 for its Galaxy devices: Here’s how to download it