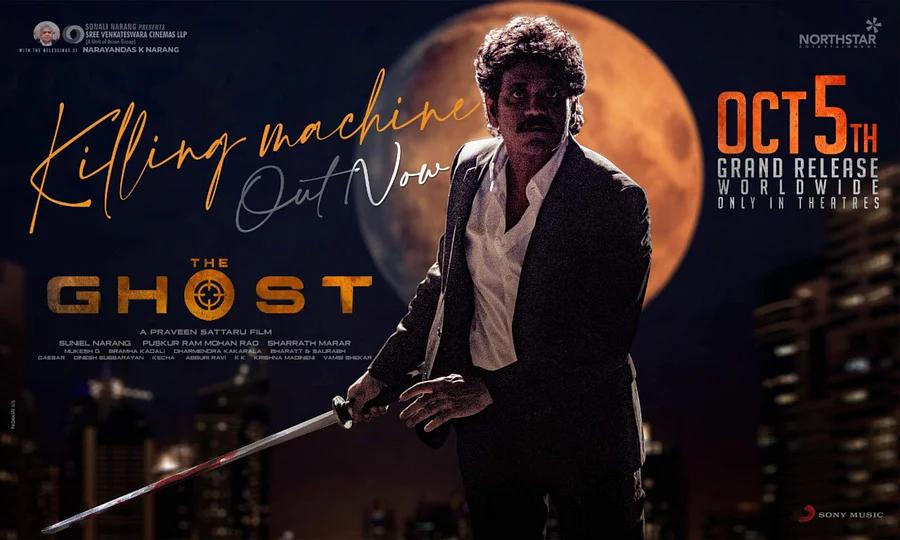 Final report: Overall, the movie is not engaging, The Ghost’s flashback story didn’t work out well which the director was counting on for the underlying emotion in the movie.

6.45 am: The second half of the film starts well, but doesn’t last. Action scenes are decent, but the lack of a good plot just wastes it all. It will test your patience towards the end.

6 a.m.: The second half of the movie starts with a good action scene. Story films for Vikram (Nagarjuna) flash back in which he goes after the underworld in Dubai

Report first half year: The first half of Ghost isn’t engaging for the most part. Pre Interval blast episode is good. Good background music and rich imagery wasted with forced emotion in many scenes.

05.35 am: Nagarjuna Saving his niece is a good scene. After that it goes a lot faster. Pre-interval scene is captivating.

5:05 a.m.: Nagarjuna is an interpol agent waiting for his next assignment. He has a haunted past. His stepsister calls him to save her daughter

The Ghost is an action thriller written and directed by Praveen Sattaru. It is produced by Sri Venkateswara Cinemas and North Star Entertainment. The movie stars Nagarjuna, Sonal Chauhan, Gul Panag, Anikha Surendran