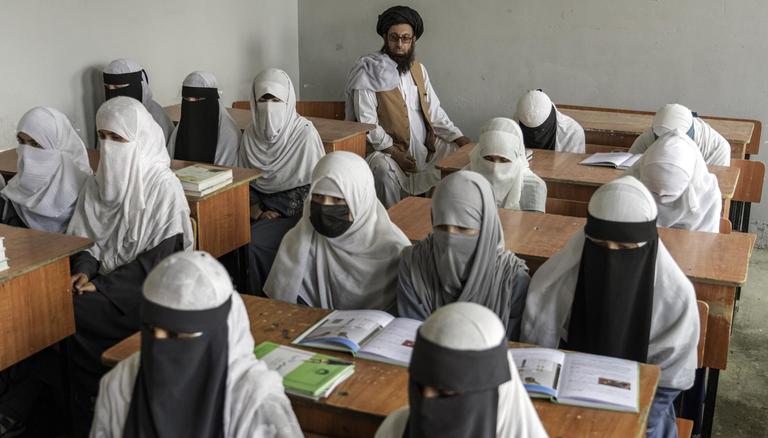 A day after the Taliban’s critical remarks about women’s education sparked a debate in Afghanistan, an online media poll claimed that a large segment of the population is in favor of reopening schools after sixth grade. The poll was conducted by the local media outlet Tolo News, where it asked people to vote whether the parents wanted to send their children to school or not. According to the poll on social media, including Facebook and Instagram, nearly 90% of people voted for girls’ education.

In particular, the local media conducted the poll after the Ministry of Education, which is under the control of the Taliban regime, claimed that they do not open schools after sixth grade because parents are unwilling to send their daughters to school. The ministry gave cultural reasons for what it claimed to be the “parents’ decision.” However, the online survey shows that only 10% of parents who voted are willing to support the Taliban’s claim.

Particularly since the Taliban regime came to power last year, it has banned women from attending school after the sixth grade. Maryam Maarof Arwin, a women’s rights activist, told local media that no Afghan citizen is against women’s education, adding that only a small number of parents are against it. According to Arwin, those who voted negative could be convinced.

False Claims by the Taliban

After the Taliban took over the leadership of the country, they claimed that they had completely changed compared to the previous regime. The extremist group promised to provide education and jobs for women. However, instead of fulfilling their promises, the Taliban have excluded women from educational institutions and employment.

They assured world leaders that they will restore and preserve citizens’ fundamental rights, including the free movement of women and education for all. However, instead of delivering on their promises, the country has witnessed a wave of terror activity and the Taliban government has been accused of curtailing women’s rights. It recently passed a controversial ruling ordering all Afghan women to wear head-to-toe clothing in public, resulting in condemnation from the international community.

World Teachers’ Day 2022: Know why it is celebrated on October 5 | Education