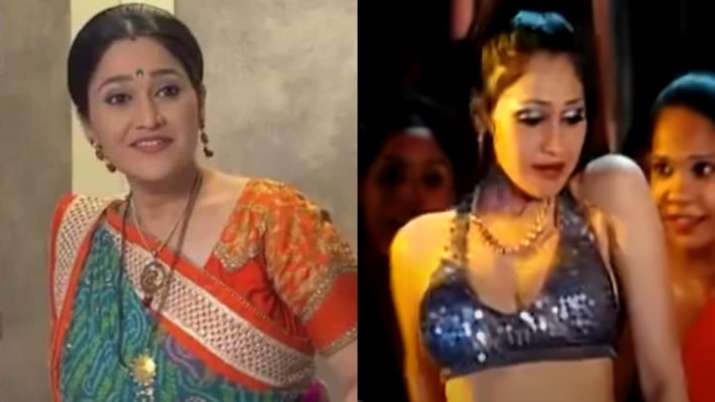 Taarak Mehta Ka Ooltah Chashmah has successfully entertained audiences for the past 14 years. The Asit Modi show holds the Guinness World Record for the longest running daily sitcom on television by number of episodes. The cast of the sitcom including Dilip Joshi, Munmun Dutta, Mandar Chandwadkar, Shailesh Lodha and others have held a special place in the hearts of the people. Actress Disha Vakani, who became a household name after playing Dayaben, may have retired from the show years ago, but she is still remembered for her character.

But you will be surprised to know that Disha, who in TMKOC was always seen as a ‘bahu’ dressed in a traditional saree outfit, has played several daring characters on screen. A video of the actress grooving to the tunes of Bhingri Ga Bhingri is going viral on social media. In the video, Daya can be seen sizzling in a silver bikini top paired with a matching skirt.

Watch the video below:

The video left Disha’s fans shocked as they had always seen the actress dance to Garba’s tunes on the show, but this was the first time they witnessed her hot and sexy avatar.

The video has attracted a lot of people’s attention. They bombarded the video with some epic comments. One wrote, “Tapu, Jetha & Bapuji were shocked when Daya rocked!” Another said: “Despite her face, her body and figure are also very beautiful and perfectly formed.” One fan also wrote: “Iske baad to.. Tappu k papa Babita ko bhul jaenge.”

Disha Vakani has been missing from the long-running comedy show for 5 years now. Recently, a promo of the show sparked speculation about her return. A few weeks ago, when rumors of her comeback to the show were circulating in media reports, show producer Asit Modi had confirmed that the famous character will return to the story, but he cannot rule out the comeback of Disha Vakani, who will play the role of dayaben.