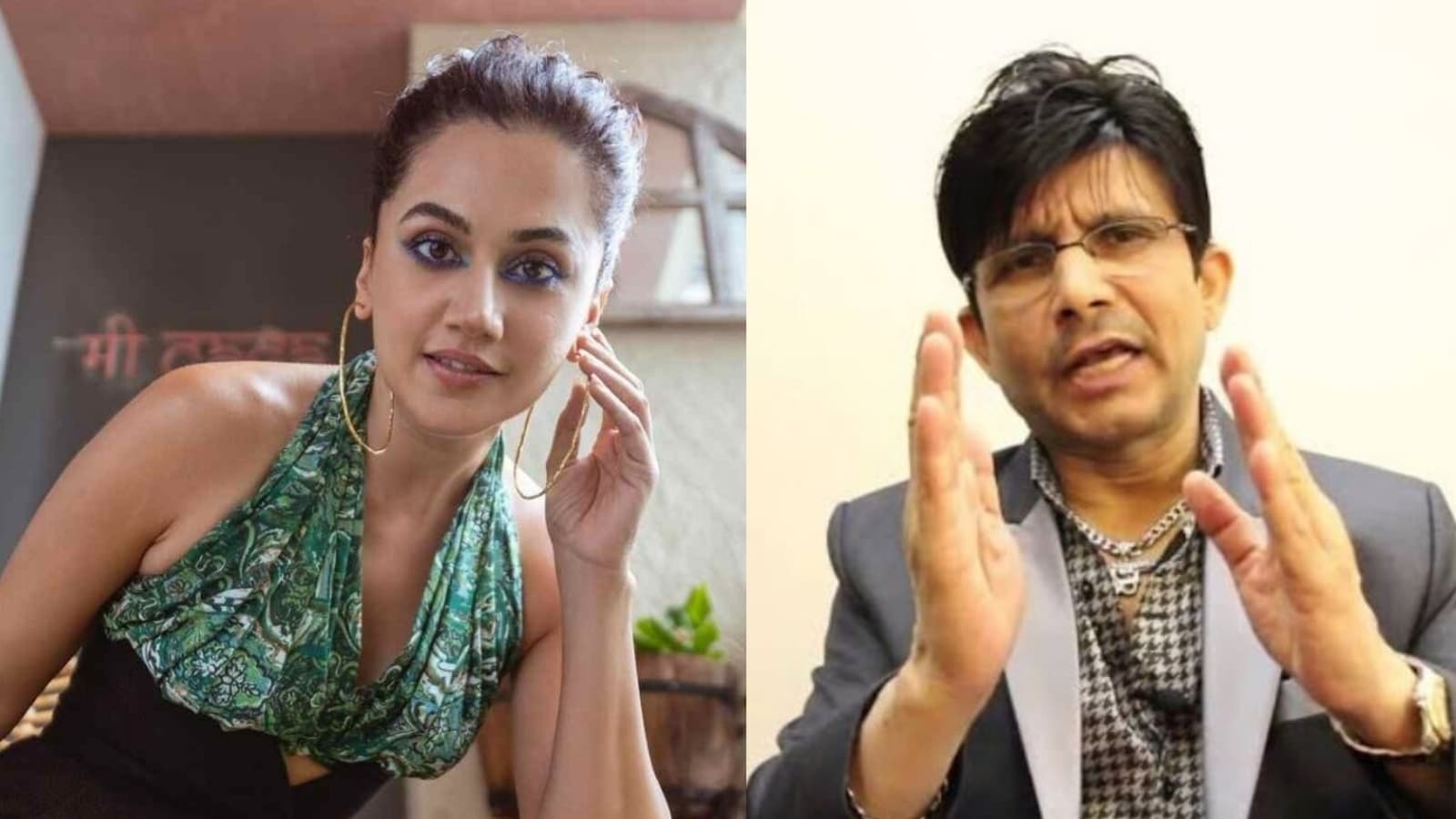 Actor Taapsee Pannu revealed why she chose to speak out on Twitter after Kamaal R Khan (now Kumar) criticized Dobaaraa’s box office collection. There were also reports that the film was removed from morning shows two days after its release. To this, Taapsee, without naming names, called those who called for a boycott of Dobaaraa ‘deemak’ (termites). (Read also: Taapsee Pannu sues KRK for ‘trying to harm’ Bollywood)

After Hansal Mehta came out in support of Dobaaraa’s box office amid rumors of poor performance, Taapsee tweeted: “No matter how many times you repeat a lie, it won’t become the truth. And these people who are only relevant because of the movies “Just trying to harm the industry. Imagine how foolish they are. Anyway, Dobaaraa is a bit hard for them to understand, can you blame them?”

Speaking of her strong reaction, the actor recently told Stutee Ghosh on Fever FM: “Frankly, I’m telling you, we give too much relevance. What’s the credibility of this person that I should value whatever he says? Think You know that if I really wanted to respond to him I wouldn’t have responded to him since he’s been saying bullshit about me for years and years But do you think if I had really bothered to respond I would have waited until now? I was responding to Hansal Sir’s tweet when I saw someone so senior standing up, which is why I was responding to that, not these people.”

“They cheated every movie of mine. Because they don’t get any money from me because I don’t send any of those things that you should write well about me and I don’t really acknowledge their presence. People who are like deemak (termites), who eat away and destroy the fiber itself from the base on which they stand. Kal ko picturein nahin hongi toh inko puchega kaun? Ye jo boycott gang hai, inko puchiye kal ko picturein nahin hongi toh kis barein mein bath karenge (They have nothing to talk about when movies are shut down for good), so it’s stupid. These kinds of people are so irrelevant that I really don’t spend a minute of my life with them and what they say; Why do they say? They’re like bad jokes to me,” she reasoned about trolls attacking her film on Twitter.

KRK tweeted on Saturday that Taapsee’s film does not attract many viewers in theaters. Bollywood’s greatest actress @taapsee movie #Dobaaraa released today in 215 screens. And all morning shows are canceled because there is no audience. haha.” His latest tweet read: “Big congratulations to @taapsee for giving it 7 disasters in a row. She has proven herself to be the No. 1 Bollywood actress from below.”