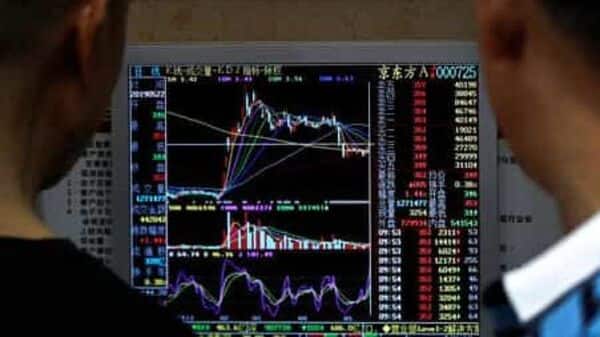 Here is the list of the top 10 stocks in the spotlight today:

Adani Gates: Adani Ports has signed a concession agreement with the Syama Prasad Mookerjee Port, Kolkata (SMPK) for the mechanization of Berth No. 2 at Haldia Port. Karan Adani, CEO and Whole Time Director of Adani Ports and Special Economic Zone Limited (APSEZ), said the mechanization and upgrade of the Haldia Bulk Terminal will enable the company to establish its footprint in West Bengal.

UPL: Agrochemical company UPL Ltd said on Thursday it has acquired a 26% stake in Clean Max Kratos Pvt Ltd, which is engaged in renewable energy. Clean Max was founded on July 28 with a paid-in capital of 1 lakh. The company, which deals with the generation of solar and wind energy, has yet to start. In a regulatory filing, UPL Ltd said that Clean Max Kratos would develop and maintain a hybrid 28.05 MW solar and 33 MW wind power project under the captive model as envisaged under the Electricity Laws.

Tata Power: Tata Power Transmission and Direction (T&D) Services to Invest 5,000 crore over the next five years to support the Government of Odisha’s vision of Make in Odisha through reliable and high-quality power supply to industries. The announcement comes after Odisha’s Chief Minister Naveen Patnaik appealed to investors to take advantage of the state’s favorable business ecosystem.

BPCL: The Union’s Minister of Petroleum and Natural Gas, Hardeep Puri, has said divestment plans for Bharat Petroleum Corporation Ltd, India’s second largest oil refinery and fuel retailing company, are currently not on the table. Last month, the government said it will decide to restart the process of the strategic sale of BPCL based on an assessment of the situation in due course.

Reliance Industries: Reliance Retail Ltd has sought shareholder approval to double its borrowing limit to: 1 lakh crore. The proposal will be presented to shareholders at the company’s annual general meeting (AGM) on September 30. In September last year, shareholders had agreed to borrow an amount of up to 50,000 crores. At its May 5, 2022 meeting, the company’s board of directors proposed to increase the loan limit “by an amount not exceeding 100,000 crore”.

IndusInd Bank: IndusInd Bank has approved the reappointment of Sumant Kathpalia as general manager and chief executive officer for an additional three years, subject to approval by the RBI. In accordance with the recommendation of the Compensation and Nomination & Remuneration Committee, at its meeting on Thursday, the bank’s board of directors considered and approved Kathpalia’s reappointment as the bank’s general manager and CEO, the bank said in a regulatory filing.

PVR: Three investors released their stake in the multiplex operator PVR on the open market on Thursday. Gray Birch Investment left the company, while Plenty PE firms sold a certain portion of their stake in PVR. Together, the three investors sold 40,45,501 shares in PVR for an amount of 759.14 crore. The company’s market capitalization is around 11.267.30 crores.

Fairchem Organics: The billionaire Prem Watsa-backed Fairfax India Holdings Corp. wants to sell its majority stake in specialty chemicals manufacturer Fairchem Organics Ltd, said three people who were aware of the development. A transaction could value the publicly traded company at a 25-30% premium to its market capitalization, one of the three said, adding that Fairfax has hired Bank of America (BofA) to advise on the deal.

J&K Bank: Jammu & Kashmir Bank’s proposal to raise capital by issuing shares to employees under the employee stock option plan was rejected by shareholders at the annual general meeting held at the end of August. In a regulatory filing on Thursday, the bank released the minutes of the 84th Annual General Meeting (AGM) held on August 24, 2022. The bank had proposed to issue 2 crore shares with the par value of Re 1 each under J&K Bank under J&K Bank Employee Stock Option Plan-2022.

SBI cards: SBI Cards and Payment Services (SBI Card) has been increased 500 crore by issuing bonds on a private placement basis. The pure-play credit card issuer said Thursday it was awarding 5,000 fixed-rate, unsecured, taxable and redeemable bonds, in the form of non-convertible bonds of 10 lakh each added up to 500 crores. The term of the bonds is three years and will expire on September 15, 2025. The bonds have a coupon of 7.39% per annum.