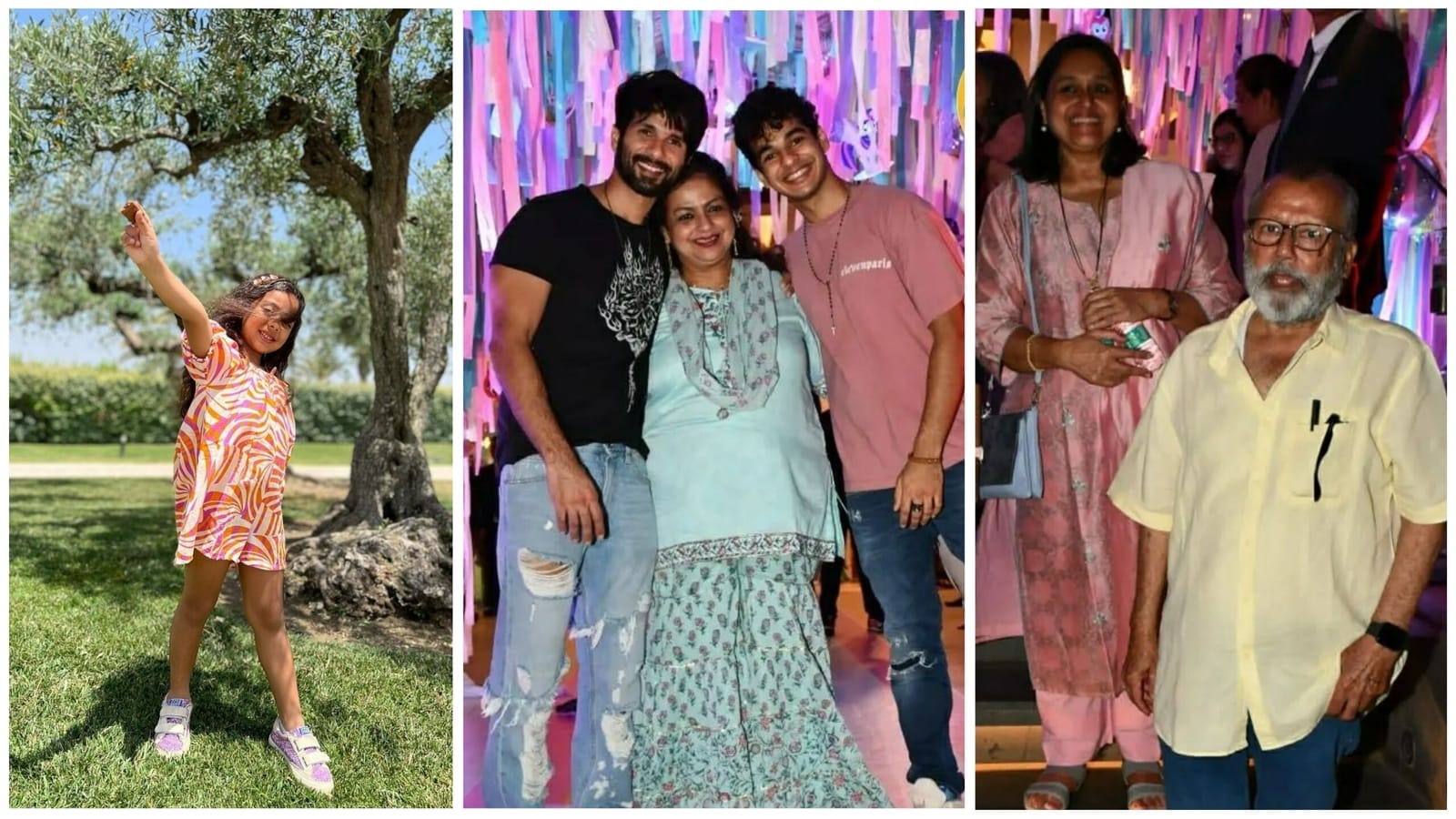 Both Shahid and Mira were twinning in black T-shirts and jeans when they hosted the star kids at Misha’s party. The birthday boy was spotted in a pink outfit with her mother Mira Rajput. The venue was decorated with colorful confetti and balloons and a sign that read ‘Welcome to Misha’s magical birthday’.

Shahid’s mother Neliima Azeem was seen in a sharara while his brother Ishaan Khatter joined them in casuals. They also posed for a family photo at the party. Shahid’s father Pankaj Kapur also joined the party with actor wife Supriya Pathak and daughter Sanah Kapur. Sanah is all set to make her acting comeback with the upcoming movie, Saroj Ka Rishta.

Soha and Kunal accompanied Inaaya to the party. The five-year-old was in a gray dress and wearing a crown. Riteish and Genelia accompanied their sons to the party, and the two children greeted the paparazzi with a namaste.

During the day, Mira shared a fresh photo of Misha on Instagram, along with a sweet birthday wish for her. She wrote: “My little girl, you are the sunshine of our lives! Happy 6 my darling, shine bright! You are a little gem with such a pure heart, I am lucky to be your mama. I love you!”

The day before, Mira had also shared a photo, hours before she gave birth to Misha. It showed that she was stroking her baby bump while Shahid was lying on her lap. “6 years ago, that night, this moment… Can you come out already? And then the best ever,” she captioned the post.