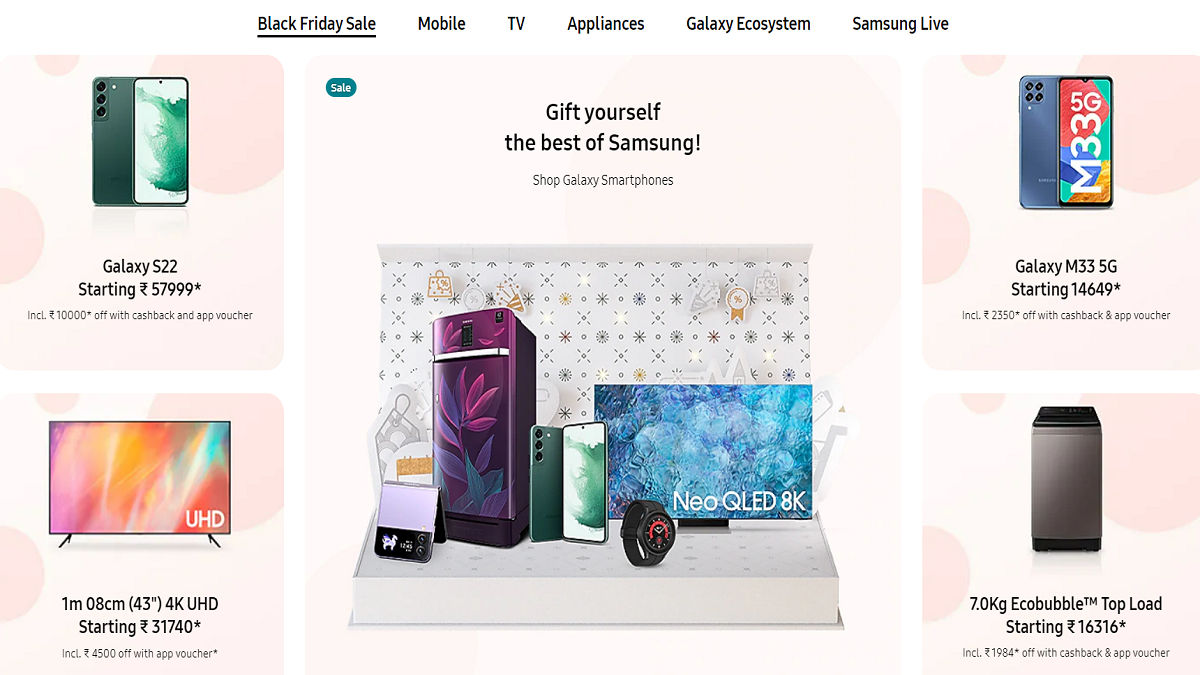 During the Black Friday sale, Samsung has teased that the Galaxy S22 series will start under Rs 60,000; the exact starting price remains unknown. At launch, the Samsung Galaxy S22 price in India started at Rs 72,999 when it was launched last February.

Not only the flagships, but the South Korean tech giant is also going to offer discounts on its affordable smartphones, including the Galaxy M13, Galaxy M33 and other smartphones.

As for other products, the 75-inch Samsung Frame QLED 4K TV in several variants and the Samsung Curd Maestro Double Door Refrigerator with a capacity of 314 liters will also be available during the Black Friday sale.

Samsung has revealed that consumers who purchase two or more items during the Black Friday Sale will receive an additional 5 percent off a select range of Samsung products.