Samsung Galaxy A54 5G and F04s spotted on Geekbench 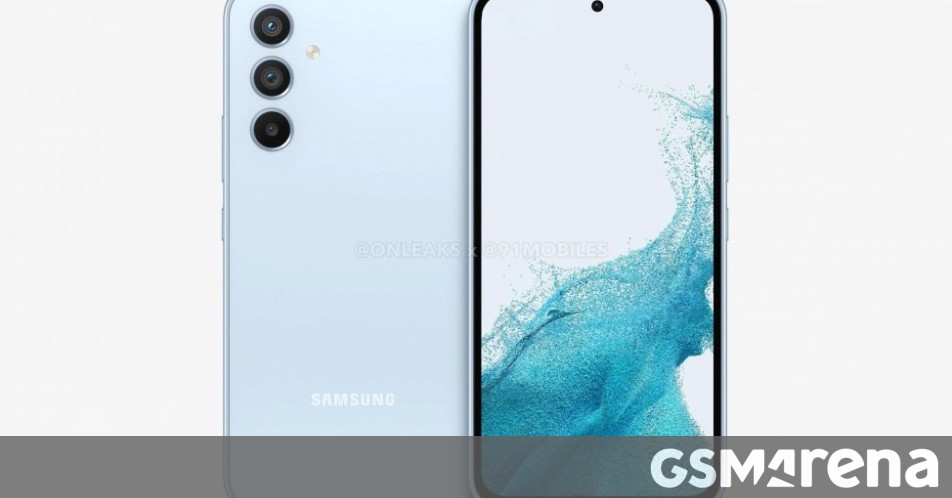 Two of Samsung’s upcoming smartphones were spotted on Geekbench’s online database today, which most likely means they’ll be going official soon. The devices in question are the Galaxy A54 5G and the Galaxy F04s.

The former will be the latest member in Samsung’s best-selling range, the A5x, while the latter is likely to be a Flipkart-exclusive device.

The Galaxy A54 5G prototype running Geekbench achieved a 776 single-core score and a 2,599 multi-core score. It was tested with Android 13 (no doubt with Samsung’s One UI 5 on top). At least one version of the phone will ship with 6GB of RAM, although it’s very likely that an 8GB option will also be available.

The chipset at the helm identifies as S5E8835, which has been rumored to be the successor to the Exynos 1280. The most likely official name will be Exynos 1380. This comes with a CPU with four 2.4 GHz performance cores and four 2.0 GHz efficiency cores. The Mali G68 GPU is also present.

According to past rumors and leaks, the Galaxy A54 5G will have a 5,100mAh battery with 25W charging support, a 50MP main camera and a 6.4-inch 120Hz display. Renders demonstrating it were leaked last month.

Moving on to the Galaxy F04s, it’s going to be an entry-level model offered exclusively by Flipkart in India, because that’s what the F-series is all about. So far it has also involved renaming existing devices, and it remains to be seen which model the F04s will be twins of. 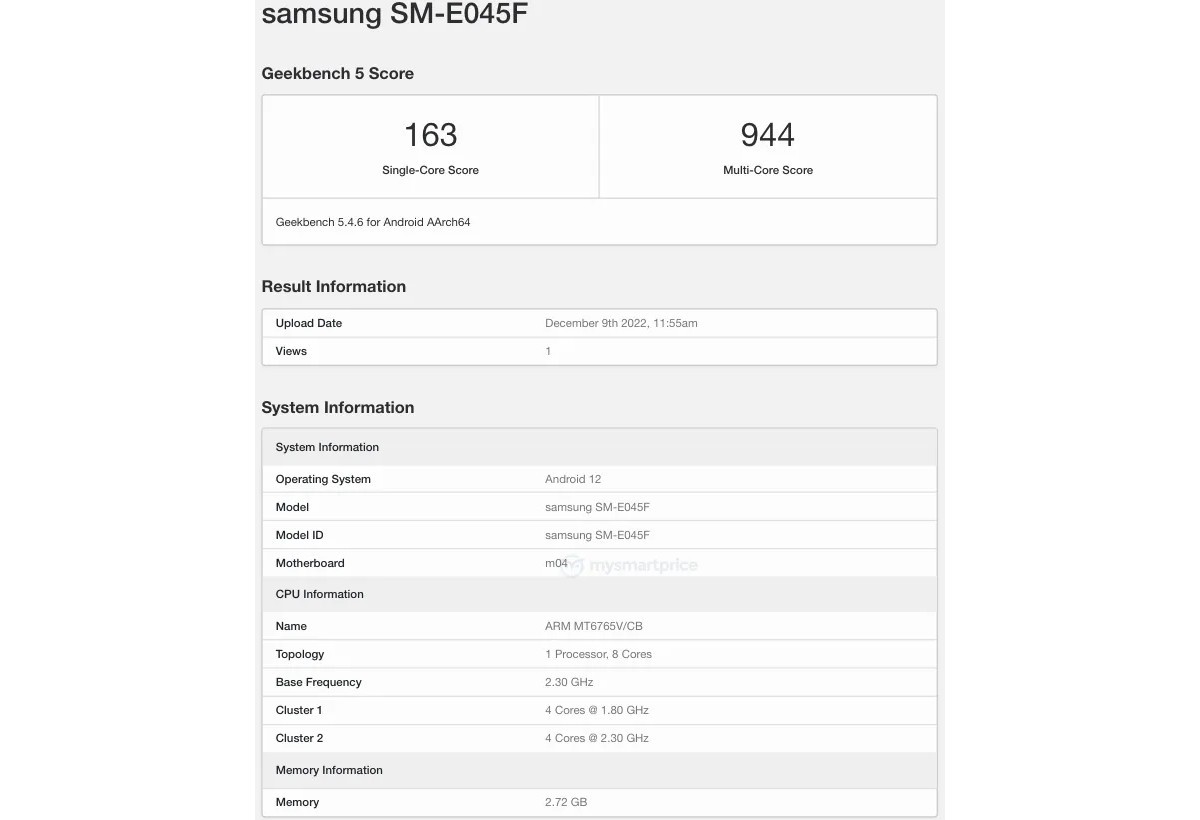 The prototype running Geekbench achieved a measly 163 single-core score and a 944 multi-core score. It is powered by the MediaTek Helio P35 SoC paired with a PowerVR Rogue GE8320 GPU. It has 3GB of RAM and unfortunately runs Android 12 – which is the version it could launch with.