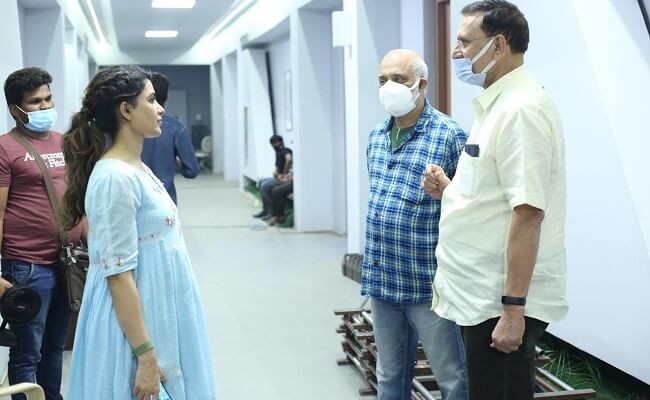 As part of the promotions, the senior producer spoke at length about the film and Samantha’s encouragement behind it.

“Yashoda started when I was in Chennai for the last rites of uncle, SP Balasubramaniam garu. I met the director duo Hari and Harish there and they narrated the Yashoda script.” said the producer.

The experienced personality said that Yashoda’s scale increased multiple times after Samantha came on board and that she had been an absolute driving force ever since.

“Sam garu loved the script and she immediately agreed. She is such an inspiration to all of us. She has a lot of confidence. I can say that she is just now my oldest daughter after working on this film.”

When asked about the scope of the project, he said it started as a Rs 3 crore project and ended as a 40 crore project as he felt the story had global appeal and it should be on such a scale. performed to reach a wide audience.

The senior producer who has funded more than 42 projects in his career says he has never felt more relaxed before the release of a movie than he does with Yashoda. He said the output is fantastic and hopes the audience will captivate on November 11.

He opined that the standout point of surrogacy scams and Sam portraying the complex character are the USPs of the film and that the story will be the pulling factor in the film. “I was excited while listening to the script itself.”

Yashoda is directed by the directing duo Hari and Harish. The film is slated for release on November 11. It features Varalaxmi Sarathkumar, Unni Mukundan and others.