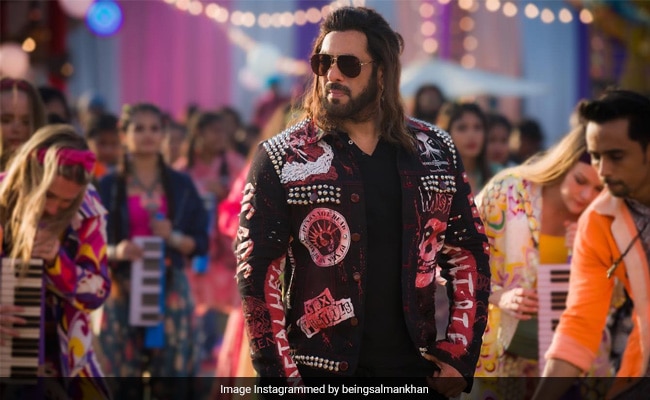 Salman Khan shared an update on his upcoming project on Saturday Kisi Ka Bhai Kisi Ki Jaan. The film was previously titled Kabhi Eid Kabhi Diwali. The actor shared a photo of the film’s sets on social media and he revealed that the film’s schedule is wrapped up. Salman Khan can be seen wearing a printed jacket and sporting long hair. His swag is off the charts. Salman Khan captioned the post: “Shoot packed. Kisi Ka Bhai Kisi Ki Jaan arrives Eid 2023.” The film is directed by Farhad Samji and produced by Salman Khan Films.

The actor teased his Instafam with glimpses of his project. When the actor was in cinema for 34 years, he shared this video and he wrote: “34 years ago was now and 34 years later is also now. My life journey started from nothing and consisted of 2 words now and here. Thank you for you are with me then what was now and thank you for being with me now. Really appreciate it.”

On the work front, Salman Khan was last seen in the film Antim, directed by Mahesh Manjrekar, which also featured Salman Khan’s brother-in-law Aayush Sharma (married to Arpita Khan). He also announced the second installment of Bajrangi Bahaijan. The actor’s upcoming projects include Shovel 2with Jacqueline Fernandez and Tiger 3 with Katrina Kaif. The movie will be released next year. The actor is currently seen hosting the TV reality show big boss 16.