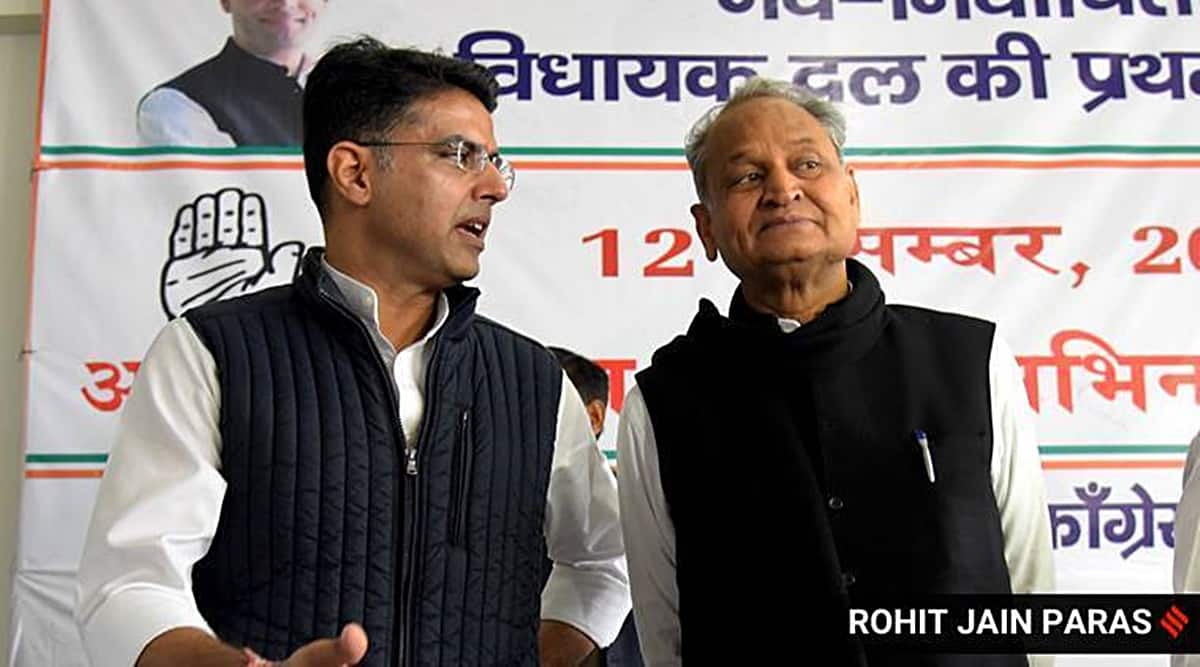 Sending a clear signal to the party’s high command amid his rival camp’s demand for a decision on the leadership issue before the Bharath Jodo Yatra entering Rajasthan next month, Chief Minister Ashok Gehlot launched a sharp offensive on Thursday and called Sachin Pilot a “traitor (gaddar)who colluded with the BJP. In saying Pilot doesn’t have the support of even 10 MLAs, Gehlot said he couldn’t become CM.

Gehlot said he has received no “indication” from the party’s high command of a possible change in the state.

In response to Gehlot’s comments, Pilot told ANI: “If a senior and experienced person makes such comments, it is inappropriate and does not suit him. I don’t think it’s right for us to make accusations and counter-accusations against each other. It’s a challenging time for the party to stick together. And how can we regain power in Rajasthan until we work together in unity.”

He pointed out that Gehlot had called him “nikamma (worthless)” earlier too, saying “there is no need to make these false and unfounded allegations”. We should all jointly strengthen the hands of Khargeji, Rahulji and Priyankaji,” Pilot said, adding that the Congress formed a government under his leadership in 2018, while under Gehlot it lost twice.

Meanwhile, Congress reacted cautiously to Gehlot’s attack on Pilot. “Ashok Gehlot is a senior and experienced political leader. Whatever differences he has expressed with his younger colleague Sachin Pilot, they will be resolved in a way that strengthens the Congress party,” said Jairam Ramesh, AICC general secretary, responsible for communications.

In his interview, Gehlot defended the MLAs who held a parallel meeting of the Congress Legislature Party (CLP) in Jaipur on September 25, saying they were not “rebels” and that it was an uprising against Pilot. He said the demonstration of defiance was not on his orders. “The question does not arise. If a single MLA says that, I will leave the party,” he said.

Some 90 party MLAs had skipped the CLP meeting where they were expected to pass a one-line resolution authorizing the party’s high command to elect the next CM as Gehlot was touted to compete for the position of congressional president.

See also  Amidst winds of change from Delhi, Sachin Pilot camp gets a fresh breath of life

When asked what the MLAs had against Pilot, Gehlot said: “Because of him, we had to stay in a hotel for 34 days (in 2020). He tried to overthrow the government, and Amit Shah and Dharmendra Pradhan were involved in that. They met all in Delhi, some of the MLAs who went… some of them met them. People stayed in a resort in Manesar for 34 days, so they were angry.”

“We cannot imagine a party chairman joining hands with the opposition to overthrow the government of his own party. You won’t find such an example anywhere in the country’, says Gehlot.

Pilot was the Deputy Chief Minister of Rajasthan and President of the State Congress when he rebelled against Gehlot in 2020. He was then dismissed from both posts.

Gehlot said Pilot cannot deny his collusion with the BJP. “It was their game. Rs 10 crore was distributed. I have proof, I don’t know who got how much… 5 crore or 10 crore. But many people collected the money from BJP office in Delhi. Some of them have told me personally,” he said.

Gehlot said the MLAs who stayed away from the CLP meeting have “the utmost respect” for Sonia. “The revolt of 90 MLAs was against Pilot. Some of our ministers later said… we will not accept a traitor,” he said. When asked if he too felt that Pilot was a traitor, Gehlot replied: “Bilkul maante hai… kyun nahin maante (I do, why shouldn’t I)… I believe that it is not a problem to expel someone from the 102 MLAs who remained with the party, the CM.

Gehlot said he was loyal to the high command, saying “it is for the high command to make a decision in the interest of the party”. He said he had informed then party chairman Sonia and party leader Ajay Maken in August that he was ready to step down if the high command sought to appoint a new CM ahead of next year’s state elections.

Gehlot’s aggressive stance is the first major challenge for new party chairman Mallikarjun Kharge. So far, the party’s high command had indicated that it would issue an appeal to Rajasthan after the parliamentary elections in Gujarat and Karnataka.