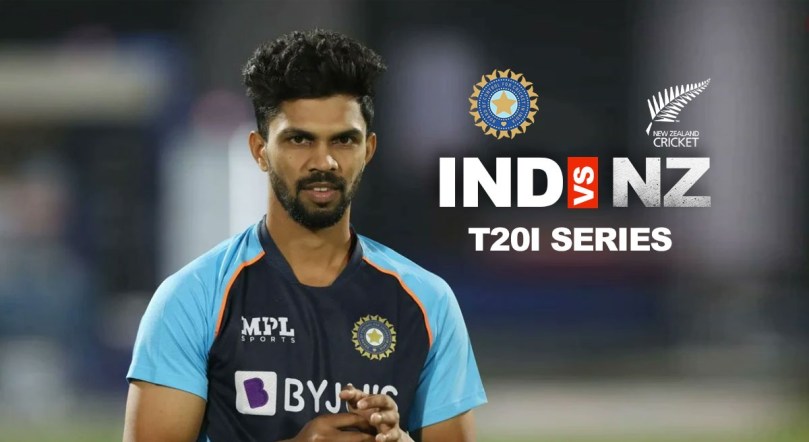 IND vs NZ T20: India Squad NZ T20 Series – Ruturaj Gaikwad Injury – India opener Ruturaj Gaikwad is likely to miss the entire T20 series against New Zealand after a wrist injury. He reported to the National Cricket Academy on Tuesday. While reporting to Ranchi on Wednesday, he informed the BCCI Medical Team about pain in his right wrist. However, BCCI is unlikely to name a replacement. India already has three openers in its squad. Prithvi Shaw is front runner to make a comeback. Follow India vs New Zealand LIVE Updates on InsideSport.IN.

Ruturaj also missed the T20 series against SriLanka last year with a wrist injury. He found no place in India’s Playing XI against SriLanka this time as Shubman Gill opened with Ishan Kishan.

“Yes, Ruturaj is in NCA with a wrist injury. we don’t know yet if it’s serious. But given the short turnout time for the matches, it is unlikely that he will make it in time. He is undergoing scans and we will know more as the reports come in. We already have 4-5 openers available. But it is up to the selectors to appoint a replacement.” a senior BCCI official confirmed to InsideSport.

Apart from Ruturaj Gaikwad, Shreyas Iyer and Sanju Samson also miss the T20 series with injuries. Iyer is currently with the NCA for a back injury. Sanju Samson is undergoing physiotherapy in Kochi for his knee injury.

Meanwhile, the T20 series-bound players will land in Ranchi on Wednesday ahead of the three-match series against New Zealand. Hardik Pandya’s young squad will face the Kiwis in three T20Is starting January 27 in Ranchi, Lucknow and Ahmedabad. People like Prithvi Shaw, Rahul Tripathi and others have been taken out of their Ranji Trophy squads for this.

Captain Hardik Pandya and Vice-Captain Suryakumar Yadav will have the day off after the ODI series and will join the squad on January 26. India has a practice session on Republic Day in Ranchi.