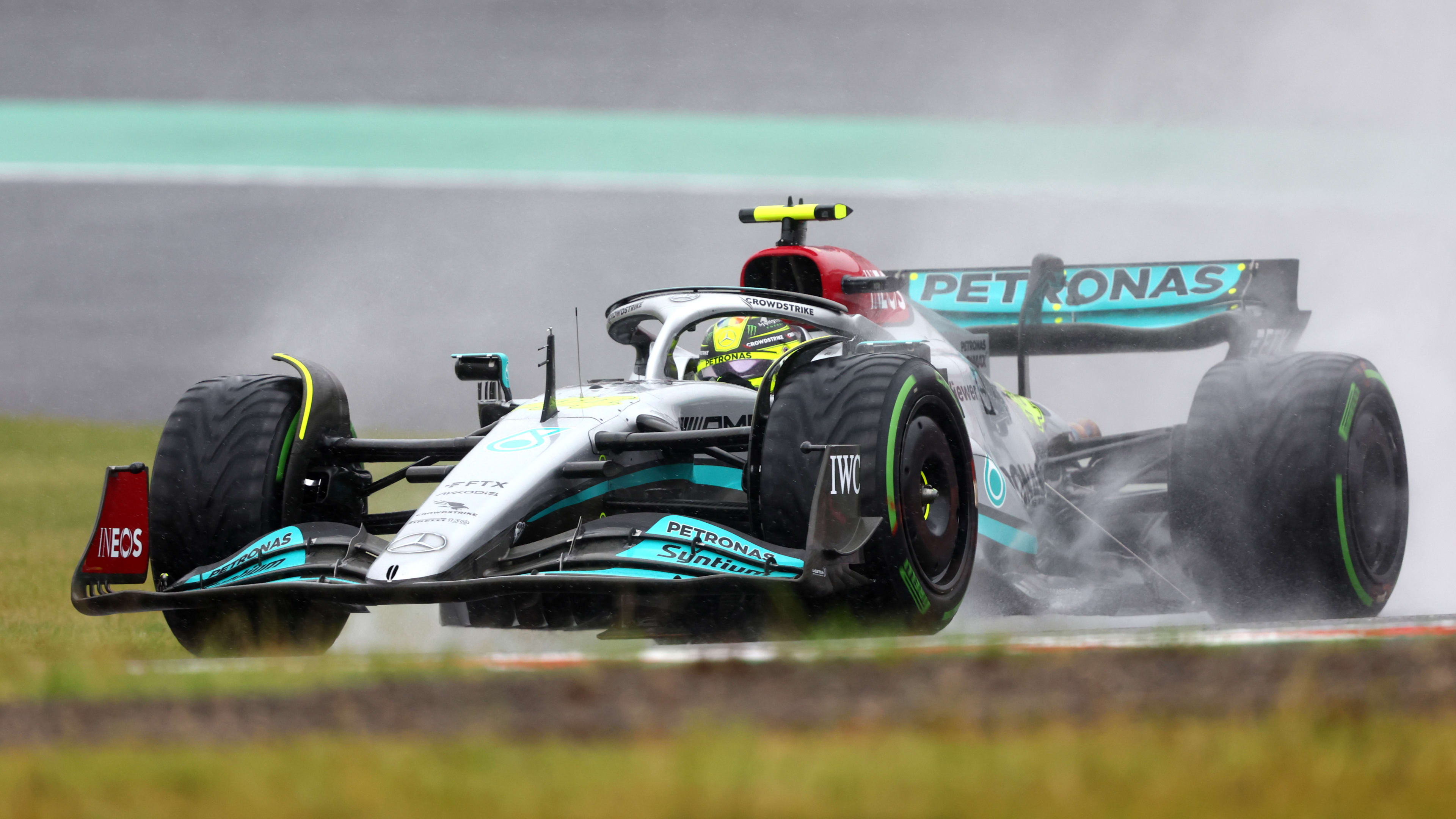 Mercedes set the fastest two times in a wet FP2 session after the first day of racing for the Japanese Grand Prix, but neither session leader George Russell nor Lewis Hamilton were swayed by the result.

Russell, who finished a humble 18th in a soggy FP1, bounced back to the top of the second session on medium tires – Hamilton 0.235s off pace – with the Red Bulls over eight tenths of the pace in third and fourth. Max Verstappen said teams would start almost from “zero” when the track dries up on Saturday, and Russell seemed to agree.

“It probably won’t be as representative for this weekend, but certainly a good learning curve for the future. Sunday there is a chance that it will be wet, but tomorrow it will look quite dry. Nevertheless, it’s always nice to end the day at the top of the timesheets and we certainly made some improvements over FP1 as we were at the bottom of the timesheets. Not a bad afternoon.”

The 24-year-old added that he had “no idea” where Mercedes stands.

“We think it will be dry tomorrow,” he reasoned. “So I think as always we will fight for the top six positions. I hope we can have a shot at something better, but I really don’t know. We will have to wait until FP3 – which will be a crucial session for everyone – and try to fight for a good position.”

Team-mate Hamilton improved from 13th in the wet first session to second in Friday’s final session and said there was plenty to learn despite dry weather forecasts for Saturday.

VISOR CAM: Unmissable footage as Alonso takes on the spectacular Suzuka in the rain

“So there are definitely things to take from and there is data on everyone’s downforce loads and wing levels – and on the plus side, we were able to swap our tires today.”

The seven-time champion added that Mercedes may not be as quick compared to Red Bull and Ferrari if the track dries up.

“No idea. Really have no idea. When it’s dry I imagine the Red Bulls and the Ferraris will be quite fast. We really have no idea – I hope we’re fast, but that’s a hope each weekend remains the case!”