RRR: Trumpets and Trending are On for Oscar 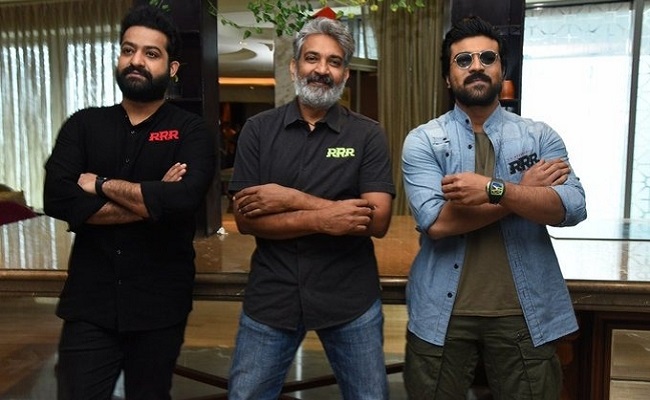 Recently, a video went viral. It consisted of a byte from clear speaking lawyer Dileep Sunkara. A section of society in the Telugu country propagates their ideology in the name of the greater good, promoting their caste leaders as universal leaders and projecting pygmies of talent as giant intellectuals. Dileep Sunkara explained their tactics in the video byte.

He also explained how they take down their rivals’ people by throwing mud at them.

The method of “RRR” projected to win the Oscar award reminds us of Dileep Sunkara’s video. Since the film debuted on Netflix and received critical acclaim from international critics, the group saw the opportunity to promote the film for the Oscars. The way the movie is trending every day on Twitter and the creation of hashtags by inciting fans is clear that the section is determined to put the movie in the running for Oscars.

Petitions have even been posted on Change.org asking the Indian jury to send the film to the Oscars. The PR team goes the extra mile by tweeting and retweeting and posting articles. The section has influence in the US. The developments thus suggest that the film would eventually make it to the Oscars.

Every other day we see the articles and Trending Topics from #NTRGoesGlobal, #OscarforNTR and #OscarforKeeravani. To avoid the one-sided campaign, they also occasionally use the name of Ram Charan. Ever since Amit Shah met NTR and Vijayendra Prasad was nominated for Rajya Sabha, the team has been using every option to create hype around Oscar buzz.

“KGF 2” was a bigger hit than “RRR”. But they stopped their publicity as soon as the movie became a blockbuster and got on with their work. But Rajamouli always seeks the publicity. He’s a master at getting publicity for his projects, even when he’s thinking about the story at home.

If the Oscar jury thinks the film deserves a nomination, it gets it.

There will be plenty of time for the Oscar jury to see the films submitted for consideration. But the paid buzz that this section radiates attracts fierce criticism. A number of international critics and national journalists wrote against this calculated promotion.