Rohit responds to criticism of his ODI form, wary about rushing Bumrah back 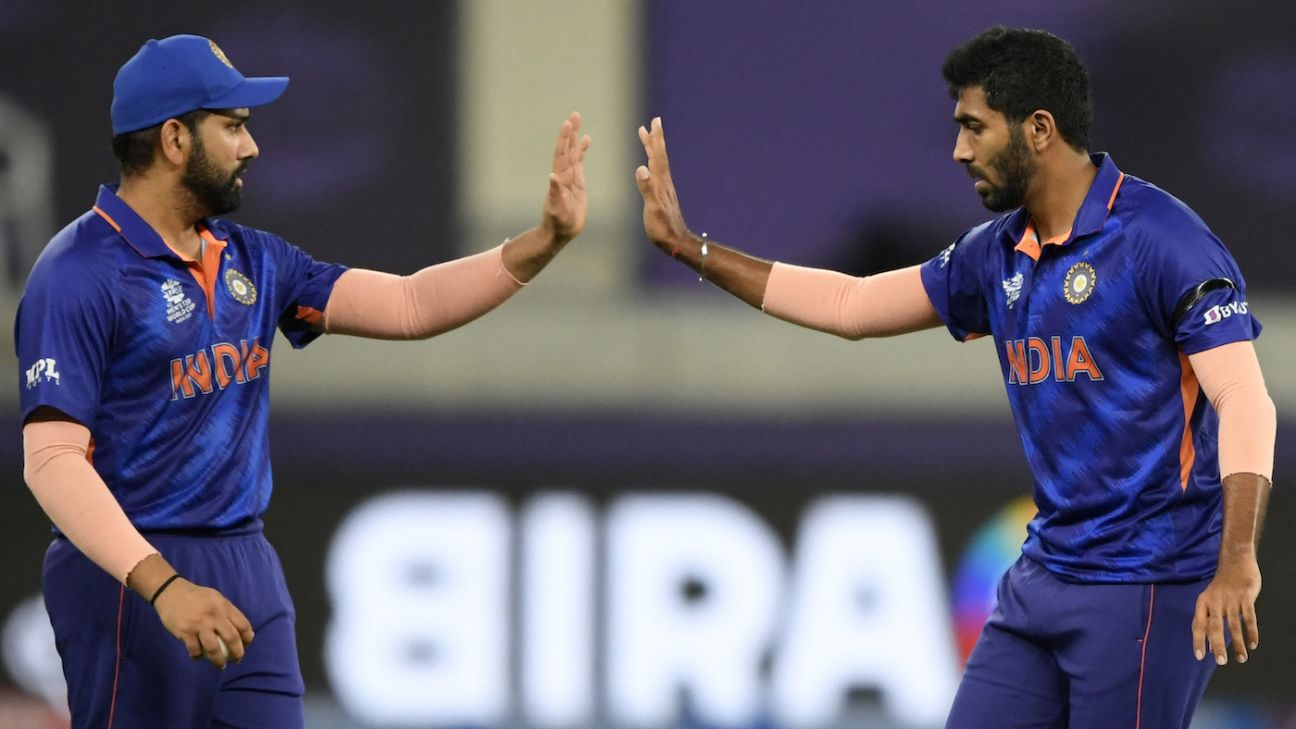 Rohit Sharma has warned India not to return Jasprit Bumrah and hopes the fast bowler will recover enough from injury to be available for the final two Tests against Australia in March.
Bumrah was on his way back to the ODI side for the home game against Sri Lanka earlier this month, having recovered from the back injury he suffered ahead of the 2022 T20 World Cup when he suffered another gluteal injury and was withdrawn from the squad . India’s team management is particularly cautious about Bumrah’s condition ahead of India’s ODI World Cup in October-November later this year.

“About Bumrah I’m not so sure at the moment, of course he won’t be available for the first two test matches,” Rohit said after India won 3-0 against New Zealand in the ODI series. “I expect that; I don’t expect it, but I hope he plays the next two test matches, but again we don’t want to take any chances with him. The back injuries are always critical. We have a lot of cricket coming up after that as well we will see, and we will monitor. We are in constant contact with doctors and physical therapists at NCA and we hear from them constantly.”

Bumrah had been sidelined since September last year due to a stress reaction in his back and was recuperating at BCCI’s National Cricket Academy (NCA) in Bengaluru. He had been advised to do a minimum of six weeks of withdrawal and was gradually making progress; he resumed training on November 25 and bowling on December 16 at the NCA. But the emergence of another injury set him back further, putting him in doubt for the Border-Gavaskar series as well.

Rohit shrugs off the rhetoric surrounding the recent ODI form

Rohit has expressed dismay at the rhetoric surrounding his recent form – or lack thereof – in ODI cricket. In the third ODI against New Zealand at Indore, Rohit scored 101 off 85 balls, his first ODI hundred since January 2020, setting up India for a 3–0 win in the series. When asked about the three-year gap between ODI hundreds, Rohit explained that he had played fewer ODIs in the past three years, with T20 World Cups in 2021 and 2022 being the top priority in that period.

“I’ve only played 12 ODIs in three years,” said Rohit. “Three years sounds like a lot, but in those three years I only played 12 or 13 [17] ODIs, if I’m not mistaken. I know it was shown on the air, sometimes we have to show the right things too. Last year we didn’t play ODI cricket, we were a lot into T20 cricket. Kabhi kabhi thoda woh hum ko dhyan chhahiye, broadcaster ko bhi sahi cheez dikhana chhahiye [We should pay attention to such things, the broadcaster, too, needs to check these things].

“Wapsi matlab kya main samjha nahi? [I don’t understand what you mean by my return]. You say three years, eight months of which were all completely home due to Covid-19. Where did the matches take place? And last year we just played T20 cricket. In T20 cricket right now, except Suryakumar Yadav, someone else is hitting better; he hit two [T20I] centuries, I don’t think anyone else has scored a century. In Test cricket I have only played two games against Sri Lanka. Otherwise I got injured in between. Check all that and then you can ask me [about my form].”

Although Rohit hasn’t scored much in ODI cricket lately, he has gone harder and faster in the power play, allowing his partners to relax. India’s head coach Rahul Dravid, who has followed Rohit’s career from his Under-19 days, had praised Rohit’s evolution as an ODI batsman on the eve of the third ODI.

“He’s been a phenomenal cricketer and I think he clearly started out as this really precocious talent,” said Dravid. “I remember when I first saw him when he was 17 or 18 – [he] just came out of Under-19s – and you could tell you’re looking at something different here. And he has continued to prove it. You look at a lot of kids who look different at 19 years old, but they don’t all reach their potential. What Rohit has done over the past 15 years I think has really changed his potential now and he has been a great servant to Indian cricket and has done very well.

“Maybe, as you said, the turning point was when he got the chance to finally open ten years ago. And really his hallmark was clearly his performance in ICC tournaments, as we said in 2019, but also his ability to to score big runs when he gets going. Someone to have three double hundreds in this format is an absolutely phenomenal achievement.”