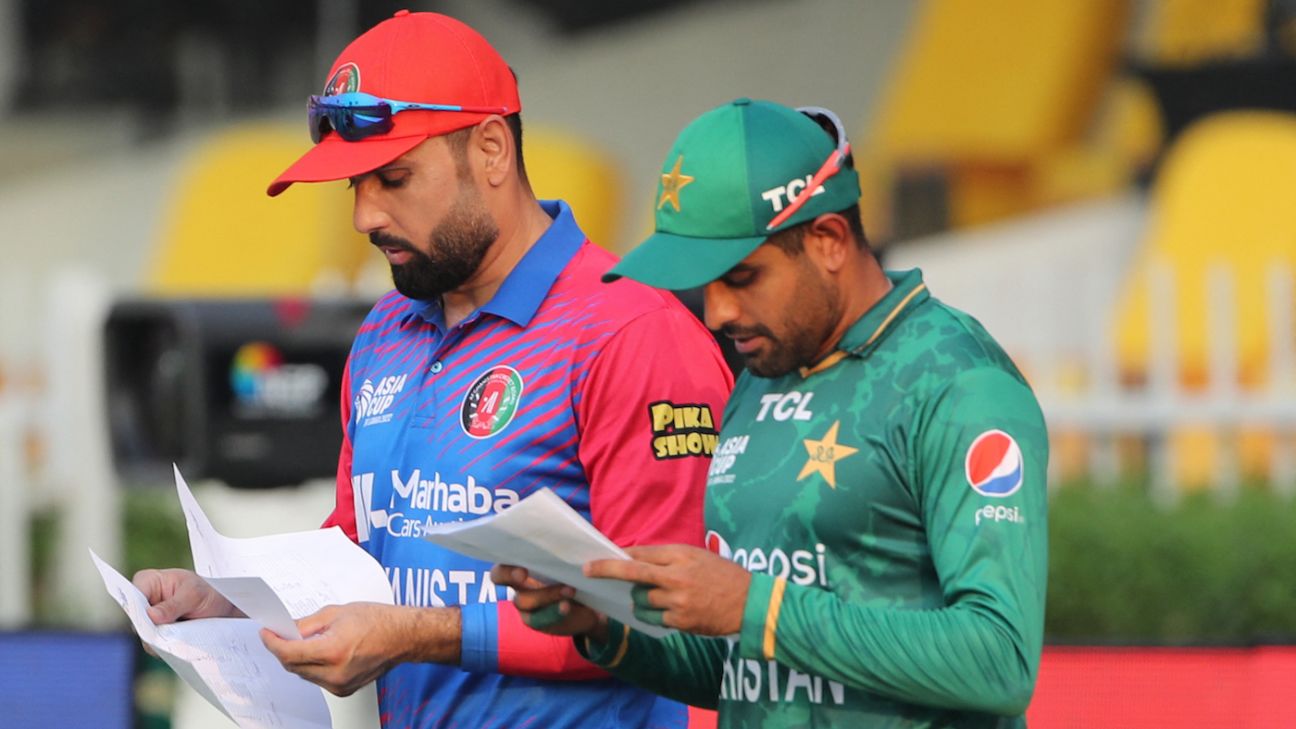 An unaltered Pakistan won the toss and, unsurprisingly, chose to bowl first against Afghanistan in Sharjah in their Asia Cup match, the outcome of which will affect all teams in the Super 4s.

If Pakistan beats Afghanistan, they will qualify for the final along with Sri Lanka, making the last two Super 4s matches – India vs Afghanistan and Sri Lanka vs Pakistan – unimportant. Afghanistan would try to come back from their defeat to Sri Lanka in the first game of the Super 4s. If they win, all four teams stay alive.

Pakistani captain Babar Azam said he expected dew in the second half and cited that as the reason for his decision. Mohammad Nabi, who is playing his 100th T20I, said he also wanted to bowl first.
Afghanistan made two changes: Azmatullah Omarzai, who was unwell during the previous match, came back in place of Samiullah Shinwari, and Fareed Ahmad replaced Naveen-ul-Haq, who, Nabi said, was “rested”.

The match will be played on the same field where Pakistan had bundled Hong Kong for 38. But according to Wasim Akram, speaking on the official broadcast, the surface looked “much better” to hit this time.