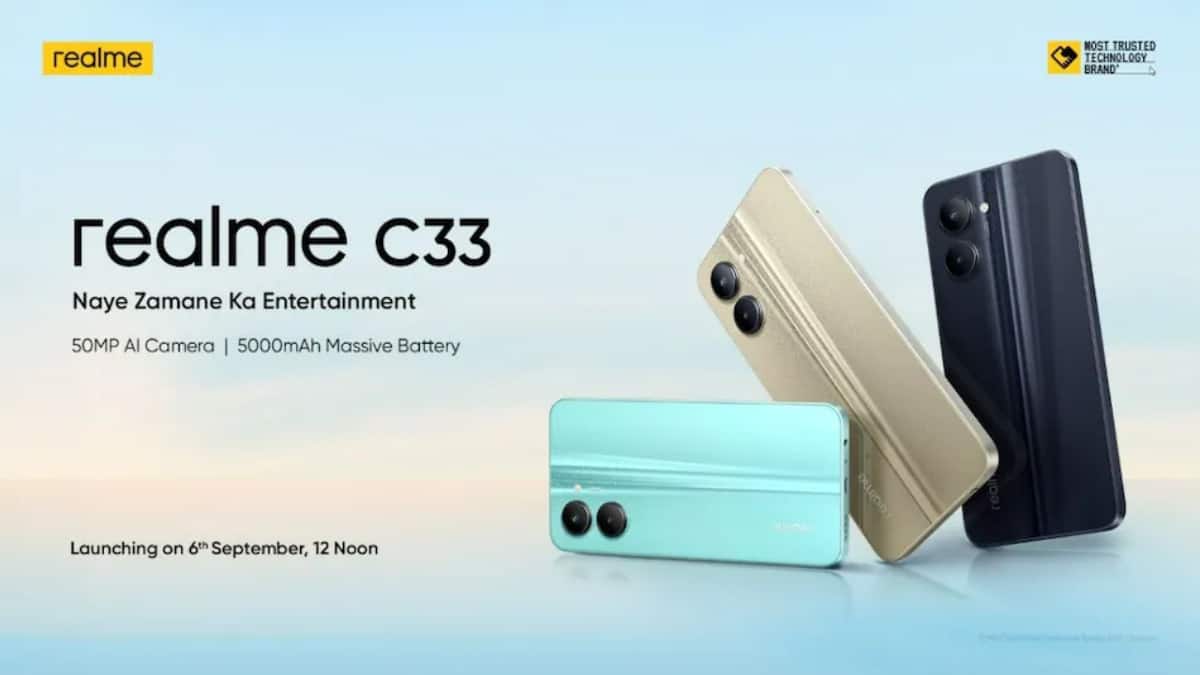 Realme has confirmed the launch of a new C-series smartphone called Realme C33 on September 6, Tuesday. The smartphone has a 50 megapixel camera and a 5000 mAh battery. Realme C33, a successor to Realme C31, which was launched in March this year, aims to include the new Redmi 11 Prime series, which will also debut on the same date, which is September 6.

According to a premature Flipkart listing first spotted by 91Mobiles, the upcoming smartphone will cost Rs 11,999. This is the price for the 64GB model. The frame image also reveals further details such as a 4GB RAM, internal storage expansion up to 1TB, a 5MP front camera and a Unisoc T612 processor. Like most budget phones today, Realme C33 also has a fingerprint reader on the side.

The smartphone has a sleek and slim design with a 6.5-inch HD+ screen. The smartphone is expected to launch with a high refresh rate IPS LCD display. There are also speculations that the phone will have dual cameras on the back and will come in three color models: Gold, Black and Green and storage options.

A dedicated webpage has been created for the upcoming launch and it is already live on the official website of Realme India. The webpage states that the smartphone will offer the highest pixel performance in the segment. The CHDR algorithm delivers brighter backlit photos and offers several shooting modes.

The handset has already been confirmed to come with a 5,000mAh battery which claims to offer up to 37 days on standby. The smartphone also comes with an ultra-saving mode for longer battery life. The
Realme C33 has a slim 8.33mm body and a weight of 187g.

Realme C33 is looking to take over the Redmi 11 Prime series of phones that are also likely to fall under the price segment. Redmi will launch two phones under the series: Redmi 11 Prime 4G and Redmi 11 Prime 5G. The upcoming phones are said to have the same specs as the Realme C33: a 5000 mAh battery, a 50 MP primary sensor and a 6.58-inch IPS LCD display. However, Redmi is said to be adding three cameras to its new Prime phones.