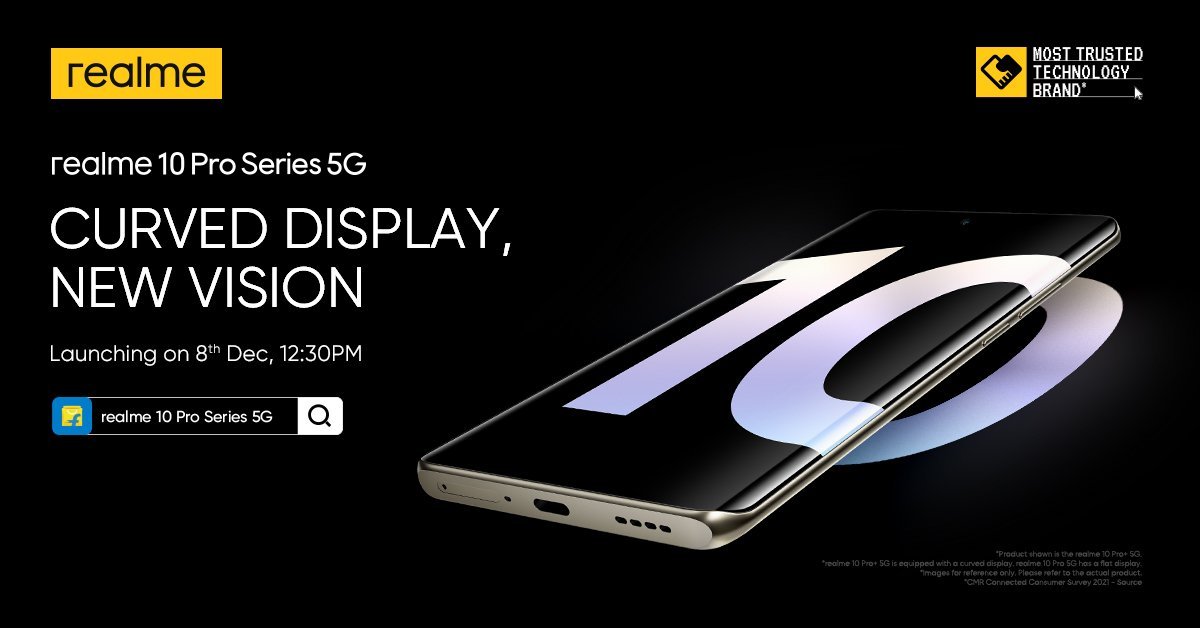 With a huge fanbase for feature-rich phones, Chinese phone maker Realme has announced that it would launch its 10 Pro series in India on December 8. With this, there have been many speculations that it could be a budget smartphone with a curved screen. .

There have been multiple speculations about the specifications, features and price of the Realme 10 Pro series, here’s what we expect from the smartphone.

Realme 10 Pro and 10 Pro Plus Specifications:

The Realme 10 Pro is believed to have a 6.72-inch IPS LCD display along with a 120Hz refresh rate panel. The device is said to run on the Realme UI 4.0 powered by Android 13. Some reports also suggest that the smartphone will be powered by the Snapdragon 695 chipset with 256 GB of internal storage and 12 GB of RAM. The phone also packs a 5,000mAh battery with support for 33W fast charging.

Talking about the optics, the phone is said to see a dual-camera setup with a 108MP primary camera backed by a 2MP depth sensor and a 16MP front-facing camera.

On the other hand, the top-of-the-line Realme 10 Pro Plus could sport a 6.67-inch AMOLED curved display with a 120Hz refresh rate. The phone is powered by the MediaTek Dimensity 1080 chipset and runs on Realme UI 4.0 powered by Android 13. It has 256 GB of internal storage and up to 12 GB of RAM. A 5,000mAh battery in the Realme 10 Pro Plus supports 67W fast charging.

The phone has a triple camera setup, with a 108 MP primary lens, an 8 MP ultra-wide sensor and a 2 MP macro sensor.

Realme 10 Pro and 10 Pro Plus Price and Availability: