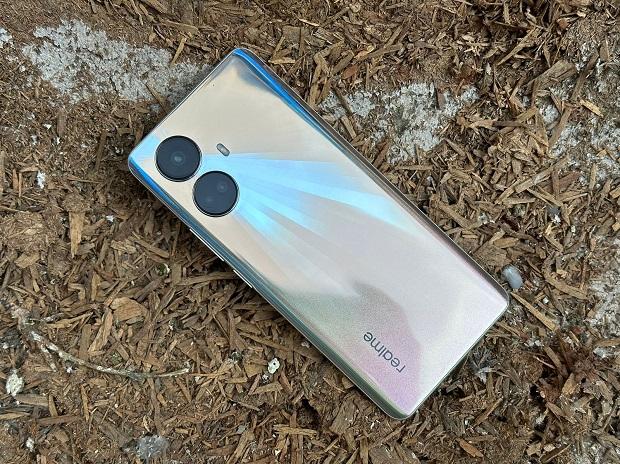 Ahead of the year-end sales season, Chinese smartphone maker Realme has updated its number lineup in India with the launch of the Realme 10 Pro series. Leading the way is the Realme 10 Pro Plus 5G, a mid-range smartphone with a double-sided curved AMOLED display as its main differentiator. Powered by MediaTek Dimensity 1080 system-on-chip, the phone is the first from Realme to launch Android 13 operating system-based Realme UI 4.0 interface. Although it is a thin and lightweight smartphone, it is powered by a large capacity battery of 5,000 mAh and supports fast wired charging of 67 W, also known as SUPERVOOC Charge. Imaging has also received an update; the phone has a 108-megapixel primary camera sensor (Samsung HM6) on the back. Priced at Rs 25,999 (review unit: 8GB + 128GB), the Realme 10 Pro Plus 5G appears to be an all-round smartphone. Is the? Let’s figure it out:

The Realme 10 Pro Plus 5G is a lightweight smartphone with a two-sided curved profile, which makes it feel thinner than it is. The smartphone is made of plastic and has a gradient reflective design on the back with a dual ring camera module in the top left corner – housing the primary camera in one ring and the other two camera sensors in the second ring. The back (review unit: hyperspace gold color) is glossy, so it attracts fingerprints and gets smudged quickly. That said, go for one of the other two color options — dark matter and mist blue — if you prefer matte designs over glossy.

The Realme 10 Pro Plus 5G has a two-sided curved AMOLED screen with an adaptive refresh rate of 120 Hz. Along with thin bezels on the top and bottom, the phone offers an impressive screen-to-body ratio. Plus, it feels natural to use with gesture navigation. With a sidebar tool available as part of the interface, the two-sided curved screen proves to be useful in everyday use and multitasking. Two-sided curved screens are good, but prone to accidental touch recognition. Fortunately, Realme has taken measures to reduce the chances of the screen recognizing accidental touches.

Complementing the experience are the dual stereo speakers, which are loud and clear. The phone doesn’t have Dolby Atmos support and the balance isn’t right as the downward-firing speaker is louder than the in-ear speaker, but the overall audio experience is good for its price. Important to note, there’s no 3.5mm audio output here.

The Realme 10 Pro Plus 5G has a triple camera setup on the back, with a 108 MP primary camera sensor paired with an 8 MP ultra wide angle sensor and a macro sensor. On the front, the phone has a 16MP camera sensor.

Realme has spent a lot of time fine-tuning the 64MP and 50MP camera sensors available in most of its smartphones launched this year.

The 108MP camera sensor is new to Realme smartphones and shows limitations in performance. The primary camera is good in daylight. The pixel-rich sensor can produce a natural shallow depth of field and capture frames with good detail. However, it struggles in indoor and low-light shots.

The ultra-wide-angle sensor also performs weakly. It lacks clarity and misses crucial details like highlights and shadows. The macro lens is there for novelty. It takes close-ups from 4 cm away, but of poor quality.

The front camera is better at taking selfies and front-facing portraits. However, it also struggles in low light.

Powered by MediaTek Dimensity 1080 5G SoC, the Realme 10 Pro Plus 5G is a capable performer that is opposed by the Realme version of the Android 13 operating system. There’s a freshness to the UI, such as an improved always-on display, themes with matching color palettes for icons, and more. However, there is way too much bloatware. Even worse, there are folders of unheard of apps placed on the home screen that can be installed with one tap.

The Realme 10 Pro Plus has a modest battery life of about a day of normal use with 5G enabled on a standalone network. The battery life goes up to a few hours on the 4G network. The phone supports 67W fast wired charging but comes with an 80W charger in the box. It takes about 50 minutes to fully charge the battery, but the charging speed slows down dramatically if you use the phone for power-intensive workloads while charging.

The Realme 10 Pro Plus 5G is a good midrange smartphone marred by disappointing imaging and bloatware-ridden Realme UI 4.0. Realme acknowledged the issue with bloatware and apps recommendations and said it is taking “strict corrective action to rectify this error”. Furthermore, it is “moderating the user experience by screening such apps”. It looks like a future software update may ease the experience, but Realme has made no such commitment in terms of the visual experience. That said, the Realme 10 Pro Plus 5G is a potential best smartphone in the segment – if the upcoming firmware updates improve things around the display and interface issues. In its current form, however, that is not the case.