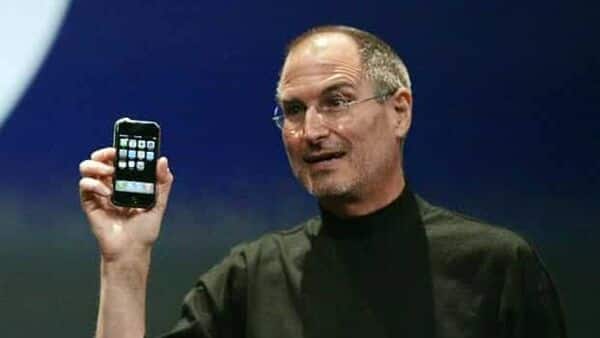 Apple co-founder Steve Jobs wrote an email to himself in 2010, a year before he died. The email provides insight into the philosophical state of mind of his final years.

In case you don’t know, Steve Paul Jobs was diagnosed with pancreatic cancer. He survived for eight years before dying on October 5, 2011 at the age of 56. He co-founded Apple Inc. with Steve Wozniak and Ronald Wayne. on April 1, 1976 in Los Altos, California, United States.

The 2010 email was released by his widow, Laurene Powell Jobs after his death, as part of the Steve Jobs Archive – an online repository launched by Powell. It was recently shared by Jon Erlichman – senior anchor for BNN Bloomberg via his Twitter account.

The September 2, 2010 email begins with the statement from the co-founder of Apple: “I grow little of the food I eat, and of the little I grow, I have not grown or perfected the seeds.” own clothes,” he continues. “I speak a language that I have not invented or refined,” he writes.

In an emotional sentence, Jobs expresses how he feels “helpless,” probably about his medical condition. “When I needed medical attention, I was helpless to help myself survive,” he writes.

Here is the full text of the email Steve Jobs wrote to himself on September 2, 2010

I grow little of the food I eat, and of the little I grow I have not grown or perfected the seeds.

I don’t make any of my own clothes.

I speak a language I did not invent or refine.

I haven’t figured out the math I use.

I am protected by freedoms and laws that I did not invent or enact, and that I do not enforce or condemn.

I’m moved by music I didn’t make myself.

When I needed medical attention, I was helpless to help myself survive.

I didn’t invent the transistor, the microprocessor, object-oriented programming, or most of the technology I work with.

I love and admire my kind, living and dead, and depend entirely on them for my life and well-being.