Ravi Shastri spoke to Sriram Veera a day after the India-Pakistan World T20 match at MCG where Kohli played his best ever T20 bang.

Perhaps it’s best to start with a feeling I didn’t have when watching Virat’s biggest T20 knock: I wasn’t surprised. I was waiting for this to happen. I knew this would happen in Australia. Check out his track record here – the pitches suit him and he enjoys playing on this ground and for the fans here. His record against Pakistan has always been good and it was a big situation: come the hour, come the podium, come the man.

I got emotional as everything unfolded. I’ve seen what he’s been through over the years. We all know the recent context. Did I have anything to say to him at the end? Frankly nothing. We are a country with a short memory; topi masters of the world! We turn, change in two minutes. Kohli knows how I feel. I know what he feels. What is there to say? Nothing.

There is also a nice touch of deja vu. In 1985, at the Cricket World Cup, our first game against Pakistan was at the MCG in Melbourne. We won. We would beat them again in the final at the Big G. If India and Pakistan face each other again in the final, wouldn’t that be great? Will there be an Audi in this tournament?

In all my years of playing and watching India vs Pakistan, those two sixes from Haris Rauf are two of the best strokes played by an Indian batsman. The only comparison is Sachin Tendulkar’s six of Shoaib Akhtar in Centurion in 2003 World Cup. These are two of the greatest cricketers of our time. Tendulkar’s knock had some of the beautiful shots played in white ball cricket against Wasim Akram, Waqar Younis, Shoaib Akhtar. And then this Kohli knock. These two are the biggest blows I’ve seen where high quality fast bowling has been taken apart.

To understand how Kohli did it, we have to rewind to that break he took. Not just the captaincy and the chaos surrounding it, but in recent years the pandemic had taken its toll on many players. All the blessings cricket can afford – money, security, modern benefits – is one thing, but going through this insane period was another. Sportspeople were in crazier bubbles in some ways than most others. The travelling, being stuck in a room for hours, feeling lonely and still having to perform – only guys who have been in that position can ever tell you the story. Coincidentally, I was one of them.

I saw its effect not only on Virat Kohli, but on players all over the world. Ben Stokes is a great example, as he himself has shared. I respect him for what he did back then: taking responsibility and talking about the mental blues. I had said then that he could be the first of many.

For a month he had the opportunity to look inside and think. When he came back for the Asian Cup, I wasn’t worried about foot movements or anything like that. I was just looking for the body language. I saw calm and calm. I knew he was on the right track. Just like he was in the game last night.

I would like to mention Hardik Pandya here, he helped Virat to stay on the right track. Virat would later say that when he was on 11 of 21 balls, he thought he was “making a mess”. Hardik Pandya played a huge role. Cricket is a very lonely game when you’re in the middle, the only companion you have is your non-striker.

Hardik did a fantastic job. He revived as a champion. In that cauldron of the competition situation, you need a person to tell you simple things in your ears. I have known Hardik for a long time; he won’t hold back. He will tell his partner what needs to be said. The same goes for Virat. This is the beauty of these two cricketers I love.

And what a kettle it was, what a pressure. To win the match, they had to take out the Pakistani pacesetters who are fast, furious and highly skilled. We saw that Hardik couldn’t match his big hits. Kohli had to leave.

That’s when the pulse helps. And more importantly, the Green Man doesn’t push into your head to do something stupid, stupid. That didn’t happen and Kohli started flowing.

All that was needed in his T20 game was to make his innings fit better with the hitting speed of modern demands. That format has evolved. Once he saw the need, set his mind to it, he, too, evolved. 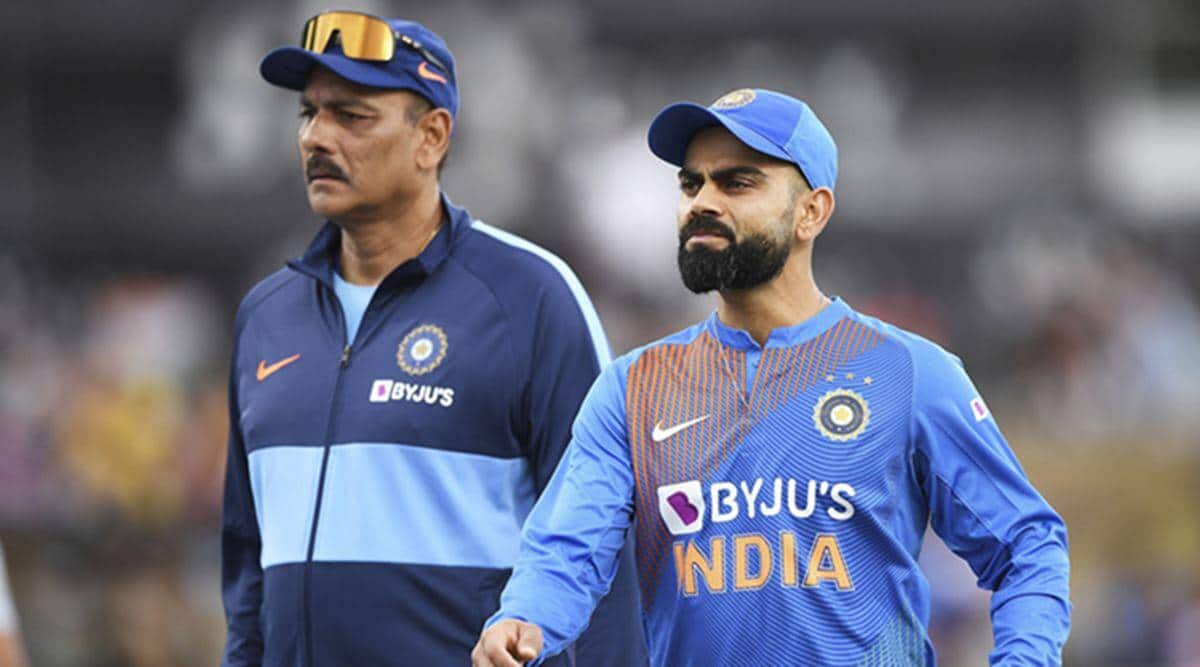 Ravi Shastri with Virat Kohli during his stint as Head Coach. (Source file)

My association started with Virat in 2014; it’s been 8 years now. I also like the other young cricketers, but with Virat, as he was the captain and I was the coach, it was clearly a different relationship.

It was his character that struck me then. When I took over as coach, I honestly didn’t feel like chasing silverware. It was to infuse steel. Ultimately, cricket builds character. You make mistakes along the way, you learn along the way, you come from different backgrounds, you get into different difficult situations and it all comes down to character. He has it.

I went in there, not knowing that in five years we will be the number 1 test team, little knowing that we will not win an ICC tournament – ​​– my job was to infuse steel. The rest will follow. It has.

I saw something similar to myself in Virat. To start from No. 10 and open and do what I did, I am proud. You need balls. Virat is of course a superior talent than me, but I felt a similar character. That drive. That steel.

I saw an uncut diamond. Watching him go through things over the past year, it didn’t bother me deep down because I knew he’s too tough a character. I knew he would bounce back; the only thing was that he had to be in that room to think of himself. Here’s where that break helped. He is now a wiser man.

Without that temperament, he couldn’t have done what he was doing Sunday night. It’s the best T20 game I’ve ever seen. For the first time, I felt that a T20 game was a classic test match. The ebb, the flow, the pressure, the skill… it was a test match of a T20. My cricket take off of the game would be those two sixes at a fast pace in that situation. unbelievable. Those will remain in my mind for a long time.

For him, this knock would have helped him rediscover himself, his love for the game, what he can do and the road ahead. Clarity would be crystal clear; it is usually a by-product of trust. The rediscovery of things he would have figured out during the break.

To the cricket world he was a superstar, even for knocking; let them decide now what he is to them. I’m not going to put them into words.

What’s next for Virat Kohli? I have no expectations, just let him enjoy his life. The media and critics have put enough pressure on this uncut diamond and it showed who it is. Chup kar diya na sabko?! (He silenced everyone, right?!)