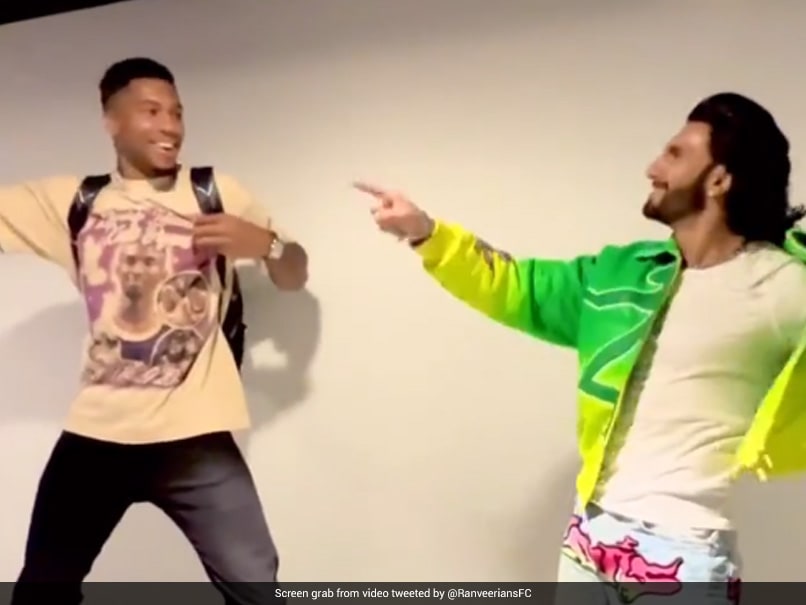 Bollywood star Ranveer Singh’s love of sports is well documented. From his passionate support for Arsenal to his comments for Indian cricketers, his enthusiasm for sport seems to know no bounds. He also has an affiliation with the NBA, where he appeared in the All-Star game earlier this season. Ranveer took to Instagram on Friday to share a clip with NBA star Giannis Antetokounmpo, in which the two dance to the song “Tattad Tattad,” which was taken from his movie “Goliyon Ki Rasleela Ram-Leela.”

“The Greek Freak” is, of course, the nickname given to Milwaukee Bucks star Giannis.

Giannis, to his credit, seemed to be a natural, picking up the steps to the dance quite quickly while shaking a leg with Ranveer.

The message went viral in no time.

The film, which came out in 2013, starred Ranveer along with Deepika Padukone, whom he married.

The Milwaukee Bucks are currently in Abu Dhabi for two preseason games.

Although they lost in one game to the Atlanta Hawks, they will have a chance for revenge later on Saturday.