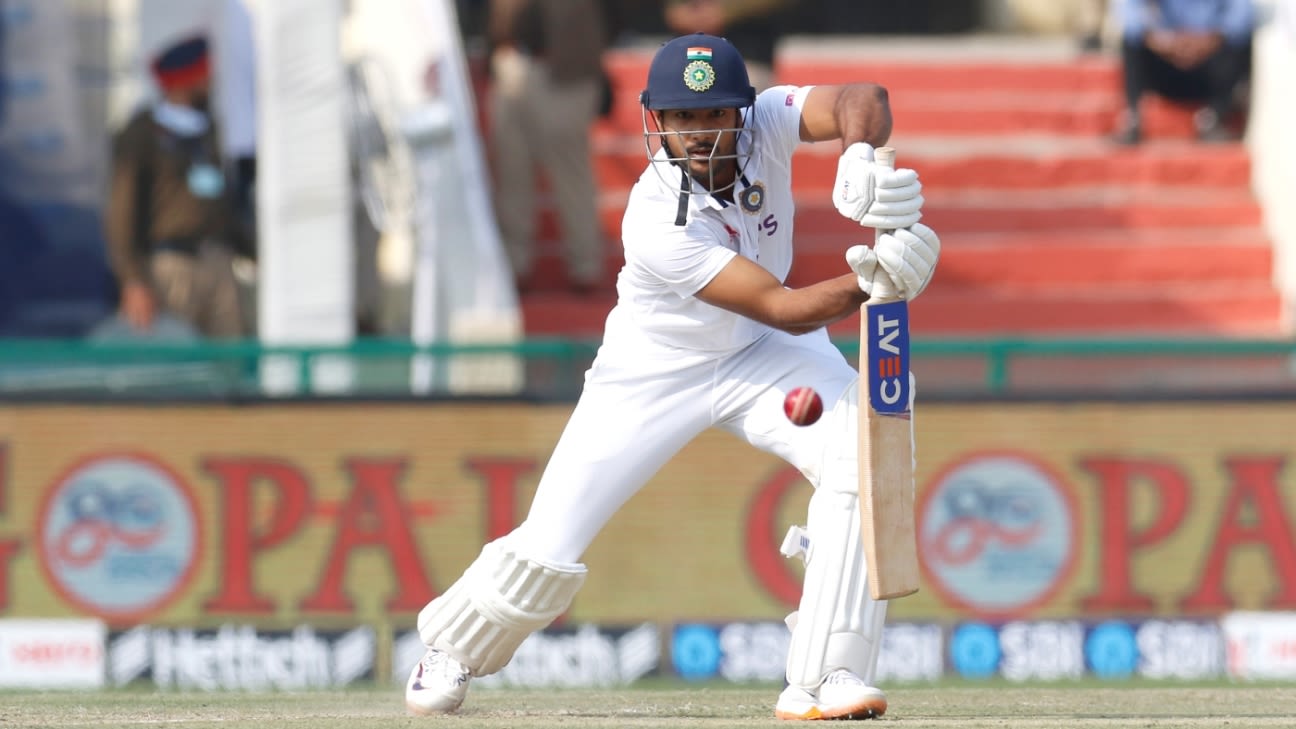 Mayank Agarwal is focusing less on a Test comeback than on emulating the kind of Ranji Trophy season he had in 2017-18 when he topped the charts with 1160 runs in 13 innings.
Agarwal is not part of India’s test tour of Bangladesh as he has suffered a slump in the past six months. This coincided with Shubman Gill and Abhimanyu Easwaran doing everything they could to impress the selectors. On top of that, he has also been released by his IPL franchise, Punjab Kings, which he captained earlier this year.
It is in the midst of all this that Agarwal has been given the captaincy of Karnataka. The team reached the knockouts of both the T20 and 50 overs competitions. Now he is ready to lead them in the Ranji Trophy, replacing his contemporary Manish Pandey, who was removed from the top job after a mediocre 2021-22 first-class season in which Karnataka lost in the quarter-finals.

“I’ve been working to match what I did in 2017/18 when I had that good season,” Agarwal said in Bengaluru ahead of Karnataka’s Ranji opener against Services on Tuesday. “I went back a little bit, watched those videos, went through those game plans and worked around that.

“For me, that result or the end goal [India selection] will take care of itself. I want to look at my processes, areas I need to improve and what I need to do to keep performing the way I did. And I support myself to deliver that performance.”

Agarwal has a strong batting line-up to lean on, with all R Samarth, Devdutt Padikkal and Pandey in the mix. The only notable absentee is Karun Nair, who has fallen out of favor with the selectors after a run of poor form stretching over three seasons. However, there were times during the last campaign when he seemed to rediscover his touch.

As he takes over a young team in transition, Agarwal is mindful of creating an environment similar to that seen in 2013/14 when he broke through to make his first-class debut after years of being pigeonholed as a white ball. player.

“We need to keep encouraging them, creating a good environment for them to flourish,” Agarwal said. “They are in the team because of the performances they have made in age group cricket. Nikin also did very well in the Vijay Hazare. We want him to continue that form. As a team we want to have an atmosphere where they can come, learn, perform and prosper, putting on match-winning performances for Karnataka and playing for the country.

“I want to encourage them [youngsters], because they have given performances. They are skilled, they have the temperament and the talent. We want to support and help them to learn. The environment we want to create in the team is one of wanting to win trophies, and we are hungry for that.

“The more we win and the more we enjoy each other’s success, that will come. Each of us has to be part of this environment, it’s not about one or two players coming in and creating that. If 20-25 of us that create, it will all pile up. And when things pile up, the results will take care of themselves.”

Karnataka last won the Ranji Trophy in 2014-2015 and has stumbled through the knockouts three seasons in a row. In 2018/19 and 2019/20, they lost in semifinals to Saurashtra and Bengal respectively. Last season, they were upset by Uttar Pradesh in the quarterfinals. Agarwal doesn’t want the team to be weighed down by being almost men.

“We talked about the legacy [of Karnataka cricket] and realized that if we keep thinking about winning, winning, winning all the time, it’s not going to happen. That said, we’ve talked about how hungry we are, but we also need to plan and adapt. Be disciplined. If we can do that, with the skills we have, the results will take care of themselves. We are determined to win, there are no two ways to do that. We want to win trophies for Karnataka.”