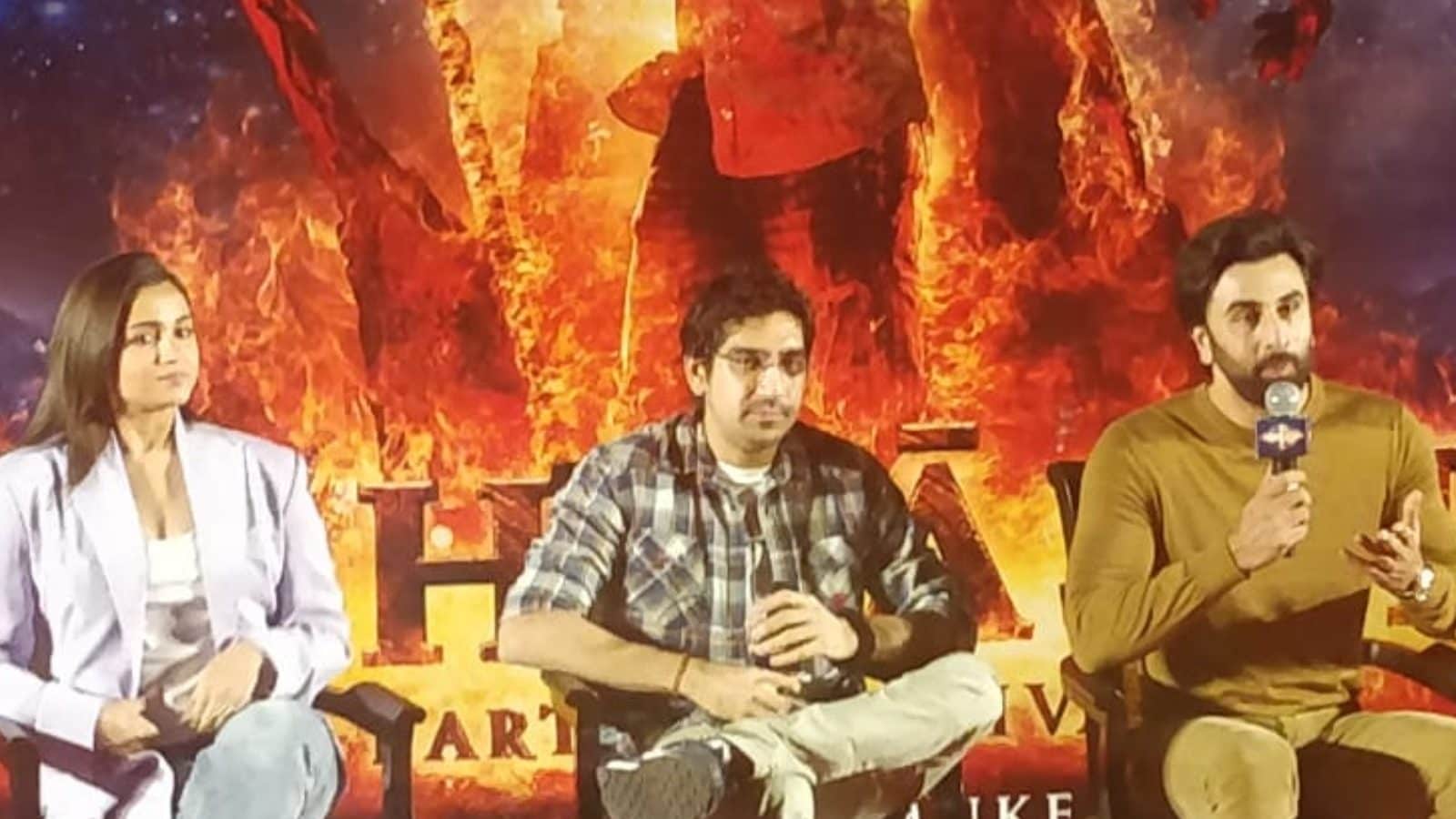 had visited the city’s famous Mahakal temple on Tuesday evening to say their prayers, but were forced to skip the aarti after protesters prevented them from entering the temple.

What did Ranbir Kapoor say about beef and why is he facing protests?
Bajrang Dal workers raised ‘Jai Shriram’ slogans when Ranbir Kapoor, along with his wife Alia Bhatt, arrived at Mahakal Temple for darshan prior to Brahmastra’s release. They protested the actor over his 2011 statement about eating beef. In 2011, while promoting his movie Rockstar, Ranbir Kapoor said that he loved eating beef. “My family is from Peshawar, so a lot of Peshawari food has come along. I am a fan of mutton, paya and beef. Yes, I’m a big fan of beef,’ he’d said. The old video has gone viral on social media ahead of Brahmastra’s release and Ranbir Kapoor has been criticized for eating beef.

Why is Brahmastra being boycotted on social media?
Ranbir Kapoor starrer Brahmastra has been facing the boycott calls on social media for some time now. Some of the internet pointed out that Ranbir collaborated with Aamir Khan in his film PK, which allegedly hurt the religious feelings of Hindus. Some again shared the screenshot of a scene from Brahmastra in which Ranbir enters a Durga Puja pandal in shoes. This scene in question had previously caused controversy, but director Ayan Mukerji clarified, stating that it was not a temple but a pandal, which is why Ranbir was wearing shoes. Others are not satisfied with Ranbir’s beef statement.

What is Brahmastra’s budget?
The direction of Ayan Mukerji is said to have been made on a budget of Rs 400 crores. Amitabh Bachchan, Nagarjuna and Mouni Roy also play important roles in Ayan’s dream project Brahmastra. According to multiple media reports, the cost of the film, excluding print and publicity, is Rs 410 crores.